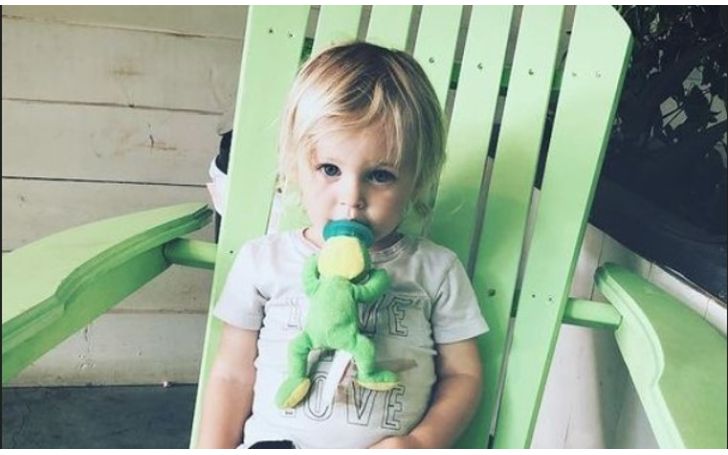 Journey River Green is the youngest child between the former couple, Megan Fox and her former husband Brian Austin Green. Both Journey’s mom and dad are renowned actors.

Apart from Journey, the ex-celebrity couple shares two other kids, both of which are boys. One thing that is really causing curiosity amongst us all is how are the exes taking care of their children.

In this article today, we shall find out in addition to some interesting facts about Journey River Green, like his age, relationship with his parents, siblings, and more!

Journey River Green Wiki: When Is His Birthday?

The third bundle of joy between Brian Austin and Megan Fox, Journey belongs to the Caucasian ethnicity and has American nationality. Moreover, he has Scottish ancestry.

His father Brian is Van Nuys, California native while his mother Megan is from Tennessee.

The eldest child between Megan and Brian, Noah Shannon Green, was born on September 27th, 2012. The second-born, Bodhi Ransom Green came into this world on February 12th, 2014. All three Green siblings were born in Los Angeles. After Journey’s arrival, the Green family became complete.

During the course of Brian and Megan’s relationship, both of them were deemed the best parents in Hollywood. They used to spend a lot of time with their kids. From going out and about a couple of times a week to spending quality time together regardless of their busy schedule, the lovebirds made sure their boys felt loved up.

Even after the couple’s divorce, they have made sure to take utmost care of their children. All three of them usually appears on their parents’ respective Instagram account, though Megan rarely shares photos of them.

Megan Fox Has Fixed Some Rules For Her Children

There are some strict family rules made by the actress Fox for her children. She doesn’t allow her kids to use smartphones or television rather prefers to let them go to enjoy outdoor activities.

Besides, at present, all of Megan’s children including Journey are at a vegan-friendly school near their house in Los Angeles. They love animals and also protect them.

Journey River’s Parents Had a Different Way of Parenting

As we mentioned above, Megan and Brian’s had quite a unique way when comes to parenting. During an appearance in Ever After with Jaleel White, Brian openly talked about parenting his three kids with Megan.

The former flames used a basketball-like analogy while taking care of the boys. Brian said,

“My wife and I, we got really good at man-to-man. Then you have three [kids] and all of a sudden you have to play zone. ‘OK, I’ll cover [this] half of the room, you cover that half.’ Then if a kid steps in our zone, then we’ve got it covered.”

Eventually, Brian got used to the technique which made him comfier with the boys. He further added,

“You get used to that, and then you start playing zone by yourself. You start going, ‘Yeah, I can do this.”

The podcast was released just a couple of months before Megan filed for divorce, which is quite ironic.

Fans Have Accused Megan Fox of Being An Absentee Mother

Like many separated couples who spend time with their kids in their own time, Brian and Megan too did the same. It’s one thing to not share pictures of your family altogether, but it is a completely different thing when you start getting private about such stuff right after separation.

Apparently, ever since their split Brian has been constantly sharing pics with the boys, however, Megan has rarely added pictures of her children on social media.

Now we are sure you can guess what happened after she stopped adding pictures of her offspring, while her ex-husband has been active in that case. Yes, people started calling out Megan for being an absentee mom.

While Austin rarely leaves any occasion to share pictures of his sons, Fox is a different story. For instance, back during the 2020 Halloween Brian uploaded a photo of himself with Journey in the background as they wore costumes. Now Megan hasn’t shared a single photo with her kids on this big occasion and after seeing Brian’s posts, fans started speculating Megan isn’t as close to her kids as their father.

Upon reading all the negative comments, Megan took to her Instagram and lashed out at her ex-hubby for ‘feeding’ the rumor she’s an ‘absent mother.’ She uploaded the same picture with an incredibly negative status and demanded Brian remove the photo. See for yourself!

After the backlash, Brian, surprisingly adhere to Megan’s demand and removed the picture, and re-uploaded it with Journey cropped out from it.

Journey River And His Siblings Had Difficulty Learning In Coronavirus Lockdown

The majority of us all suffered one way or another during the coronavirus pandemic. Likewise, when the world was in a state of lockdown, Journey and his brothers were stuck inside the four walls of their house.

Nevertheless, he saw the situation in a positive way. During an interview with Entertainment Tonight in December 2020, Brian vividly talked about all the challenges that came with taking care of his sons during the lockdown.

While many kids had to learn virtually, Journey, Noah, and Bodhi had difficulty learning that way. This is why their father came up with a unique way to cope with his oldest, Noah’s needs. Brian said,

“We have a pod of six other kids, because our 8-year-old, he just wasn’t into the remote learning at all. Sitting in front of a computer and doing that, that just wasn’t his thing. … I think some kids need the socialization. Like, they really need to be with other kids.”

Well, he really is a doting dad.

Following her split from Journey River Green, Megan is currently dating rapper Machine Gun Kelly. After dating for a while, they even got engaged in early 2022.

Well, talking about Kelly, prior to dating Megan, he was in a relationship with Emma Cannon. From their relationship, they also had a son named Casie Colson Baker.

How Much Is Journey River Green’s Net Worth?

It is evident that Journey’s parents are multi-millionaire. His mother Megan is worth a resounding $8 million while his father Brian has a total fortune of $8 million in 2023.