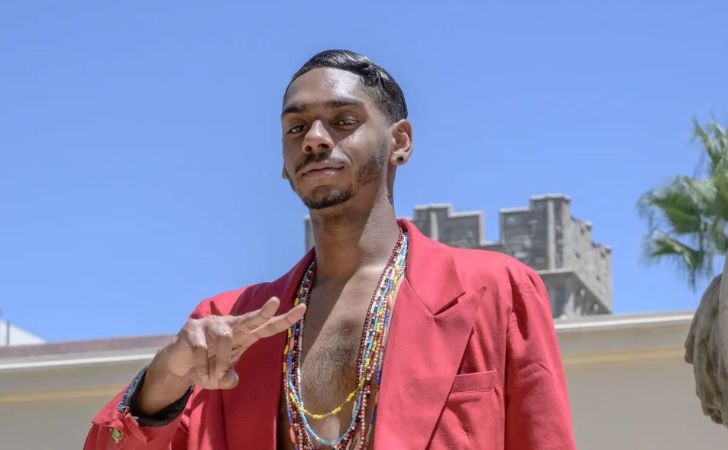 Julian Corrie Broadus is into the celebrity real estate business and got into the profession in late 2020. His successful professional career at one end, Broadus is widely recognized as the son of rapper Snoop Dogg, born from his extra-marital relationship with his college fling.

Well, Julian is now a grown-up and has happily accepted the identity of a rapper’s son. Though Broadus, like his father, has an interest in music, he no more pursues music in the present but is rather into real estate.

Here, in this article, we are going to talk about some interesting details about Julian’s career, relationship with his parents, and a lot more unknown details. Let’s zoom on.

Julian Corrie Broadus is The Illegitimate Son Of Snoop Dogg

For those who are unaware Julian Corrie Broadus is the illegitimate child of rapper Snoop Dogg. He was born on June 18, 1998, from Dogg’s relationship with his high school fling Laurie Holmond.

As per the report, Snoop had been dating Laurie for a while until the rapper married his wife Shante Broadus. Well, Dogg had a physical relationship with Holmond even after his marriage, leading to her pregnancy with Julian. Laurie has even stated that she ended up in bed with Dogg at Le Reve Hotel in Hollywood. 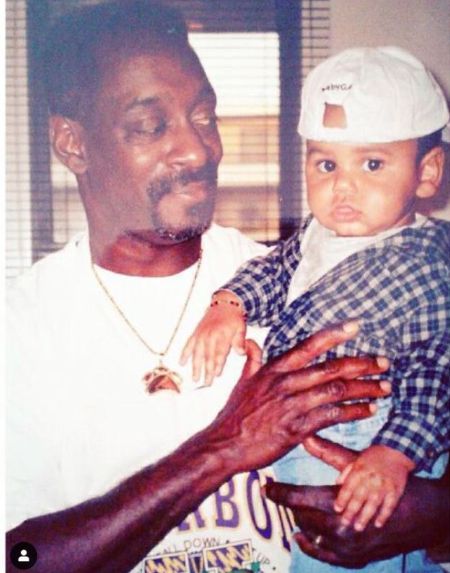 Talking about her relationship with Snoop in an interview with Star Magazine, Julian’s mother Laurie stated,

We had a great relationship-until June of 1997 when I suddenly heard on the radio that he had gotten married. Calvin told me I wouldn’t understand, and he was right, I wanted nothing to do with him.

The baby’s mother also mentioned that after she gave birth to her son, Dogg instantly took the responsibility. She said,

When I told Calvin I was pregnant, he said, ‘I don’t know how I’m going to tell Shante.’ But when Julian was born, Calvin was right there, and he took responsibility like a man.

Siblings: He Has Appeared With His Brother in Dogg’s Music Video

Julian Corrie Broadus is the only son of his mother Laurie, but he has three other half-siblings from his father’s marital relationship. He has two half-brothers Cordell Broadus, Corde Broadus, and a half-sister Cori Broadus.

Well, he shares a good bonding with all his siblings. In fact, Corrie has even appeared in his father’s music video, Drop It Like It’s Hot, along with his half-brothers.

Julian Corrie Broadus Career: He Is Now Into Real Estate

Over the years Julian has tried his hands in various professions. While in high school, Julian was a huge basketball enthusiast and was even good at it. He has even mentioned his love for basketball in an interview with Stat Magazine saying,

However, he later lost his interest in basketball and his interest shifted to music. He even mentioned his change of mind in one of his interviews. He said,

‘When I was a basketball player, I could only do so much, and I couldn’t be unique. Everybody plays basketball, and this music stuff is what I love. I’m really glad God opened those doors for me.”

Talking to The Blast, Julian stated,

I am ready to make a name for myself and bring in the money, and I know the first person to call: Tai Savet

Talking of Tai Savet, he is the Founder and CEO of “Agents of LA.” Not only this, but he also serves as an executive producer of VH1’s hit reality show, ‘Love & Listings.’

Julian’s Father Is A Successful Rapper

As we have already mentioned, Julian’s father Snoop Dogg is a successful rapper. Along with being a rapper, he has also appeared in movies and TV series.

Likewise, he has also appeared in movies and TV series like The Wrecking Crew, Malibu’s Most Wanted, Falling Up, Just Shoot Me, The Cleveland Show, and many more.

Who is Julian Corrie Broadus Girlfriend?

The 23-year-old star kid has remained tight-lipped about his love life. As per some online resources, Julian doesn’t have a girlfriend as of 2021. But, the star kid is relishing a single relationship status in the dating department.

Julian Corrie Broadus has earned quite a good amount of money from his budding real estate career. As per sources, his estimated net worth is $400,000 as of 2021.

Ben Stiller’s Son Quinlin Dempsey Stiller: The Truth About Him