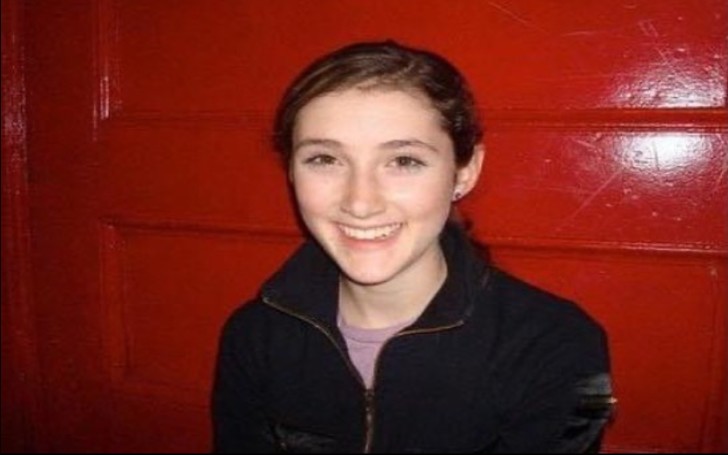 Julianna Rose Mauriello is an American actress and an occupational therapist. She is best known for starring as Stephanie in the hit TV series LazyTown for three seasons. She loves acting and singing and has been in showbiz from a very early age.

However, the LazyTown superstar hasn’t made any appearances for quite some time now. Many of her fans are curious about her whereabouts. What is she doing nowadays? Where is she now? Is she planning to make a return in the show business? What about her love life? Is she in any relationship? There are various queries and rumors surrounding the superstar.

So, what exactly happened to the LazyTown star, let’s find out everything there is to know about Julianna Rose Mauriello.

Who is Julianna Rose Mauriello? Details on Her Early Life

As we said earlier, Julianna is a famous actress known for acting in LazyTown for three seasons. She was born on May 26, 1991, in Irvington, New York, the United States to Mark A Mauriello and her late mother Kahlua Jane O’Callahan. Moving on, she is 31 years old as of 2022 and her birth sign is Gemini.

Talking about her siblings she is blessed with two sisters Nicole Mauriello and Alexandra Mauriello and a brother Anthony Mauriello. Her sister Alexandra aka Alex Mauriello is also an actress. She has done various movies like Stoneville (2011) and Jersey Shore Shark Attack (2012).

The actress is also brilliant in her studies. She completed her high school at Professional Performing Arts School (2006-2009). Similarly, she did her Bachelor’s degree in Arts from Middlebury College (2010-2013) and Master’s degree in Occupational Therapy from Columbia University Vagelos College of Physicians and Surgeons (2015-2018).

Julianna’s Career as an Actress

She started her career in the show business at a very early age. Mauriello made her first appearance as a child in the play, The Nutcracker at SUNY Purchase, sleeping under the Christmas Tree. She, however, made her first professional debut as Li’l Tich in Oklahoma in 2002.

Later on, to be closer to work she along with her family moved to Manhattan. Julianna also worked in various movies and commercials like Bonnie Nuit (1999), Sesame Street: Fiesta! (1997) and Midori’s Nintendoland Bakery (2003).

Her break came when she was cast as Stephanie in the hit TV series, LazyTown (2004-2008) for three seasons. Mauriello was cast for the role because the previously selected girl declined to continue. The show focused on providing a healthful message to youngsters.

Moving on, she moved to Iceland for filming for the series where she also learned their native language. She was also the presenter of Iceland’s Edda Awards. In 2006, Julianna was also nominated for Daytime Emmy Award for Outstanding Performer in a Children’s Series by the Academy of Television Arts and Sciences.

Apart from her role in the LazyTown series, the actress has appeared in the short movie A Fix (2008) as Pyper and her last appearance was in The Doc Files (2013). Since then the actress hasn’t made any TV appearances.

What is Julianna Mauriello doing now? She is an Occupational Therapist

After taking a long break from television and movies, many people have been curious about what happened to Julianna. Just like any other child actor, she has apparently changed her profession. As we said earlier, she was very good at her studies and eventually she decided to become a therapist. So, to become a therapist she joined Columbia University Vagelos College of Physicians and Surgeons.

She worked for Isabella Geriatric Center for four months from September 2017 to December 2017. Similarly, she also worked as an occupational therapist for The Quad Preparatory School (2018-2021) and The Speech and Language Group (2021- 2022). At present, she is working as a Pediatric Occupational Therapist for Play 2 Progress, according to her LinkedIn account.

Will She Make a Return in the Show Business?

The actress has pursued a new career in the field of therapy. She seems to be enjoying her new life and career. Moreover, she hasn’t shared anything regarding coming back to her old career. Though it is quite sad that she isn’t active in show business, whatever career path she chooses, we wish her the best of luck.

Who is Julianna Rose boyfriend? Is she in a relationship?

Julianna is a very private person when it comes to her personal life. Nevertheless, we have found that she is currently in a relationship. She revealed she is dating someone after sharing a post on July 29, 2022, on her Instagram account with her boyfriend. Unfortunately, his name remains behind the curtain.

Apart from that, Julianna has rarely shared any other picture with her partner. As for when will the duo might marry, well, it seems the day will come sooner than later.

Over the years, many tabloids have claimed that Julianna Rose has lost her life to a drug overdose and some even claim that she has been arrested for things like prostitution. However, these are all false allegations and rumors.

Matter of fact, the famous actress is enjoying a happy and healthy life and is fully focused on her career as an occupational therapist. We wish her the best for her future and also advise you to remain far away from such news and rumors.

The hit show LazyTown superstar is estimated to have a total fortune of $2 million which she has accumulated from her career as an actress, and occupational therapist.

On the other hand, her sister Alex is estimated to have a net worth of  $850,000 which she has gathered from her career as an actress.

Percy Hynes White Picked Girls From Parties: Is He Removed From ‘Wednesday?