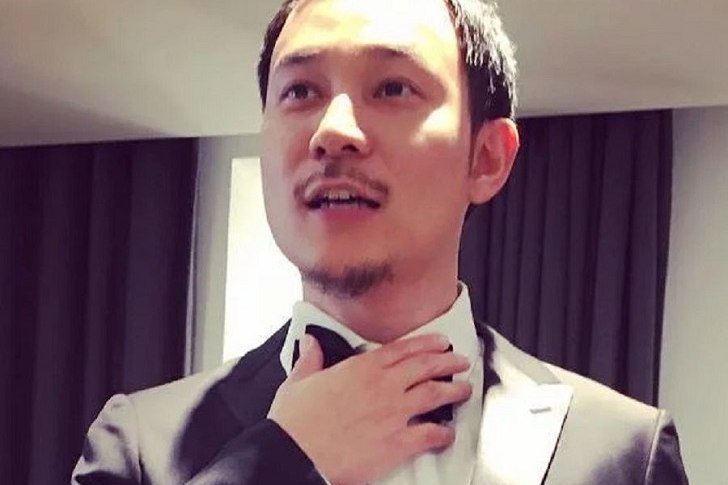 Justin Hakuta is the son of Marilou Cantiller & Ken Hakuta

Justin Hakuta is the son of Ken Hakuta, a successful Japanese investor and veteran TV personality. His mother Marilou Cantiller is a Filipino.

Her mother used to work at the World Bank as a research assistant in the legal department. Upon marrying into a Japanese family, Marilou learned to cook exceptional Japanese food. She later used to give hands to her husband in the kitchen as well.

Talking about their marriage, Justin’s parents Ken and Marilou first came across each other while both of them were working in the World Bank. They married in 1977. Justin grew up in Los Angeles with his two siblings Kenzo Hakuta and Aki Hakuta.

Hakuta has American nationality and belongs to a mixed ethnical background.

Justin developed a strong passion for education from his early years. The precocious boy studied at Sidwell Friends School in Washington D.C from 1994-2000.

Upon graduation, Hakuta enrolled at Carnegie Mellon University, in Pennsylvania and earned his bachelor’s degree in Decision Science in 2004. He spent a year at Tecnológico de Monterrey, in Mexico to study cognitive science, economics, and Mexican history.

In 2011, Hakuta earned his Master’s degree in Business Administration from Harvard Business School.

Justin Hakuta First Job as a Sales and Marketing Associate

In August 2004, Hakuta landed his first job as a sales and marketing associate for Honest Tea, a bottled organic tea company in Bethesda, Maryland. Hakuta swiftly climbed up to be the head of overseeing the collaboration with Canada Dry, a beverage distributor.

In late 2004, Justin became the co-founding member of All Day Buffet. He spent his next couple of years with the Center for Court Innovation in New York as a Research Analyst.

Hakuta was later designated as a product leader for Aviara. Subsequently, the man with great talent also worked with Cargomatic Inc. and DIRECTV DLab that develops new digital products for a variety of divisions.

As per his Linkedin profile, Justin likewise spent three-year working as the vice president of Young Alumni at Harvard Business School. He is the Vice President of Product at GoodRx, a multi-billion dollar tech company. Some sources reported that Justin left the job in May 2019.

Was a Co-Founder of ‘Huffpost’

Hakuta previously worked as a CEO & Co-Founder of the online resource for yoga, YogaStart. Promoting a healthy lifestyle, Justin also worked in a collaboration with various health-related organizations like Seventh Generation, and Patagonia.

Justin Hakuta is a happy and supportive husband of Ali Wong, an actress, and stand-up comedian. The couple tied the knot on 27th November 2014 in a private wedding ceremony.

For the nuptials, Justin wore a dark blue suit with a white shirt and checkered tie. On the other hand, his bride looked gorgeous in a white gown with a long veil.

Besides, before tying the knot, Ali signed a pre-nuptial agreement due to the fact that her husband comes from a wealthy family. Ali has joked about his in many of her comedy gigs.

Justin and Ali have been together since their marriage and their commitment to each other seems like it’s never been stronger. The two first met at one of their friends’ wedding reception in 2010. They dated for a few years before walking down the aisle.

Justin Hakuta and Ali Wong are leading a sweet family life with their two kids. Their first child, a daughter, Mari Hakuta was born in November 2015. They welcomed their second daughter Nikki Hakuta in December 2017.

He currently resides in Culver City, California with his wife and two children.

The celebrity husband comes from an affluent family. His father Ken is an Inventor and a former TV personality. He was most famous for his role in The Dr. Fad Show.

Both Justin’s mom and dad were elites who worked at World Bank. Moreover, his father Ken has also authored a few books including Nam June Paik: Global Visionary, How To Create Your Own Fad and Make a Million Dollars. His mom Marilou has also earned a substantial amount of money from her career as well.

Now talking Justin himself, well, he is no way a man living off of his old man’s fortune. In fact, he is earning his own wealth. At the moment, he is worth $1 million. On the other hand, his spouse Ali has a total net worth of $2 million.