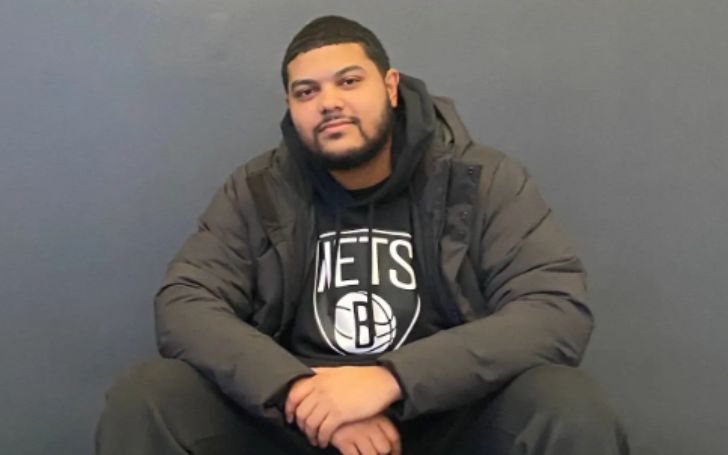 Justin Laboy is the name that took the Internet by a great wave of memes in 2020. That’s right! When the world was suffering from the COVID-19 pandemic, Laboy was there to entertain everyone around the globe. Apart from the entertaining and relatable content on his Twitter and Instagram, he is also famous for another “controversial” business of his. Can you guess what that is?

Well, Laboy is famously known for starting virtual strip clubs through his account in Instagram. This gave people in the business a way to earn money amidst the chaos of the pandemic. In addition to this, Justin is a multi-talented man; he has explored a career in sports as well as entertainment. Did you know that he is the host of the show called, Respectfully Justin? He is since 2021.

Therefore, in this article, we will dive deep into the life of Justin Laboy. Also, find out about his love affairs and girlfriends. Let’s find out together!

Justin Laboy Is In His 30s

He was born on 13th November 1991. The exact place of his birth is unknown to the public, but a few sources on the Internet confirm it to be in New York. This 31-year-old also seems to be pretty private about his family or early life. As of today, concrete information on his parents or siblings is unknown.

Former basketball player, Laboy, went to ASA College in Brooklyn, NYC after graduating from high school. Little is known about his educational background as well. But we do know that his career in basketball began when Laboy was in college.

Justin Laboy is a Multi-Talented Man

As mentioned earlier, Laboy has explored many career options throughout his life. Initially, he had a career in basketball & had started playing professionally after joining the college in NYC. After college, he joined the Pelister Bitola Basketball Club in Macedonia. However, his career in basketball was short-lived. Soon after, he became a nightlife promoter and social media sensation.

Today, Laboy is known as a “meme lord”. He famously posts relatable and entertaining memes on Insta and Twitter; has been doing this since 2020. He even became a trendsetter with his famous hashtag i.e., #respectfully. This hashtag is seen popularly on almost all the memes that he posts on his social media handles. Laboy even sells merchandise based on the hashtag.

As well as that, the spotlight hit him when Laboy organized virtual strip clubs via Instagram Live in 2020. People working in this business lost their jobs as the government announced nationwide lockdowns due to the surge of COVID-19. Moreover, Justin’s initiative of starting virtual strip clubs allowed people to earn in chaos.

Justin Laboy’s Take on the Showbiz

In addition to his popularity in social media, Laboy did not leave the entertainment industry untouched as well.

With the popularity of his hashtag, in 2020, he released a song called, Respectfully on his YouTube Channel. This song later became the theme for his TV show. However, there is no news of him on the verge of producing another hit song as of 2022.

Similarly, he is the host of a Revolt TV show, Respectfully Justin. This show first aired in February of 2021 and its first season ended in August. The late-night show is popular for hosting celebrities like Chris Brown, Saweetie, Boosie, City Girls, and so on.

Respectfully Justin airs mostly during nighttime because its content is not suitable for the younger audience. Laboy and his executive producer, Justin Combs invite celebrities from around the country and talk about sex, relationships, money, and women. The show can even get a bit offensive at times but the audience seems to love it.

Is Justin Laboy Dating a Girlfriend?

As of 2022, Laboy has not been reported to be in a relationship with a girlfriend. He must really be busy with his show or all in all, must be a very private person regarding his dating life. Regardless, we should let him be and enjoy his life. We will know soon if love enters the life of this man in the coming days. So, stay tuned!

However, Justin Laboy became the talk of the town in 2013 for a controversial kiss with Rihanna. The two were seen together during the Umbrella singer, Rihanna’s Diamonds World Tour. A photo of them even went viral where Rihanna was seen kissing Laboy on the cheeks.

So, were Justin and Rihanna actually dating? It isn’t quite clear. It is however believed that Laboy was just having a “fan moment” with the We Found Love singer.

Justin Laboy Has a Sumptuous Lifestyle & Huge Net Worth

With a career in sports, social media, & TV, it is clear by now that Justin Laboy is a very rich man.

So, it is obvious that he must be living a lavishly great life, right? Yes! Laboy stands at a whopping net worth of $8 million dollars. This fortune comes from the multiple careers this man has indulged himself in throughout his life. Laboy’s expensive way of living is clear through his posts on Instagram.