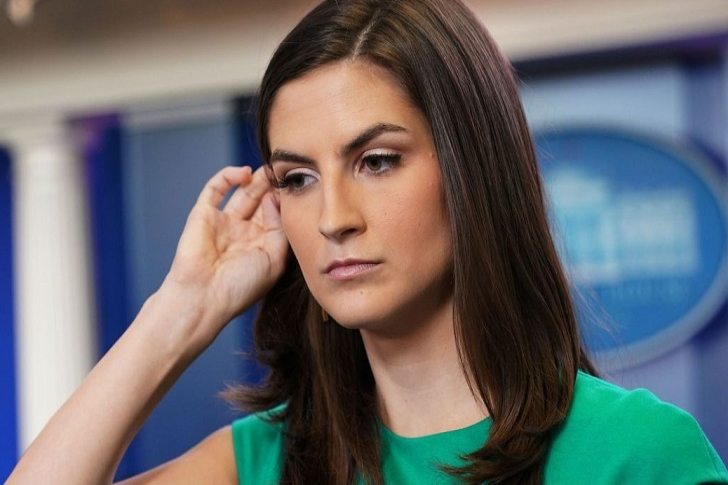 Kaitlan Collins is one of the quickly-established media personalities who currently serves as a White House correspondent for CNN. The journalist joined the network in 2017 and has since made a series of headlines, covering a wide range of stories mainly related to former President Trump.

As for her love life, Collins is currently dating her boyfriend Will Douglas, a pharmacist, and entrepreneur. In this article, we will also talk about her parents and other family details!

Who Are Kaitlan Collins Parents?

Collins is the daughter of Jeff Collins (father), a mortgage banker. The detail of her mother is, however, still unavailable. She often jests about how she won the genetic lottery all thanks to her parents. In 2019, one of her fans appreciated her eyebrows and wrote on Twitter, “Goes without saying but @kaitlandcollins has the *the best* brow game in DC.”

The journalist replied, “I would like to thank my parents.”

She staunchly supports her family and has intimate connections with her parents. As for her date of birth, she was born on 7th April 1992, in Prattville, Alabama.

Besides, Collins belongs to the white ethnicity and holds an American nationality.

Collins grew up in Prattville with her three younger siblings. She has two brothers Cole Collins and Brayden as well as a sister named Lena Grace.

The brothers and sisters share a strong bond with each other.

Kaitlan’s Education: Graduated From the University of Alabama

She attended Prattville High School. Upon schooling, Collins went on to enroll at the University of Alabama and graduated with a Bachelor of Arts in journalism and political science in May 2014.

At the college, Kaitlan also became a member of the Alpha Phi sorority.

Following her graduation, Kaitlan moved to Washington, D.C. She then joined The Daily Caller as the White House correspondent in June 2014. She spent three years at the right-wing news and opinion website before joining CNN.

Kaitlan Collins’ big break in the media came when the journalist was designated as the White House correspondent for CNN in 2017.

Collins’ coverage of the Trump White House and frequent questioning about the major staff departures and many other policies of the President attracted huge media attention. Sometimes, it also brought her backlash. Yet, the journalist soldiered on, to find the truth.

Collins also covered the Senate special election in her hometown of Alabama.

Right when President Trump got into office, Kaitlan Collins also started her job as a White House correspondent at CNN. The journalist traveled with the President to several countries around the world.

But, the relationship between Trump and Collins has been a bit frosty over the years. She was even barred by White House officials during a Trump administration press conference in the White House Rose Garden in July 2018.

White House officials revealed the reason for Collins’ banishment from the event was for shouting at a previous press conference with the President.

Once you get fame, it is for sure that people will google your past. The same happened to Collins when in 2018 people unearthed the anti-gay tweets she wrote when she was in college.

Kaitlan admitted the fact and made an apology for her homophobic tweets, posting a tweet on 8th October of that year,

When I was in college, I used ignorant language in a few tweets to my friends. It was immature but it doesn’t represent the way I feel at all. I regret it and apologize

The 29-year-old journalist has also gained wide recognition for her great contribution to the media. In 2018, the prominent digital news site Mediate included Collins in its list of the 50 Most Influential People in News Media.

In Jan 2019, Kaitlan was also named into Crain’s NewsPro’s 12 to Watch in TV News. Furthermore, Forbes magazine named her “30 under 30: Media” in the same year.

Is Kaitlan Collins Dating; Who is Her Boyfriend?

Collins is dating her boyfriend Will Douglas, an entrepreneur for years now. Neither Collins nor Douglas revealed when the two met for the first time but the two are together since 2015. Kaitlan’s beau Douglas first shared their photo on Instagram on 4th May 2015.

The two didn’t make it public for a few months but it became quite clear when Will mentioned Collins as his bae on the photo’s caption before the couple attending Garth Brook‘s concert on 19th Sep 2019. He wrote,

Together, the two have also traveled to many beautiful places. On 21st Feb 2016, Douglas posted a photo with his girlfriend from their trip to Coronado Beach, San Diego, California.

Neither Kaitlan nor Will has posted any of their photos on social media since 2017. Their social media distancing made their fans and media speculate the couple has parted their ways.

But some sources reported that the two are still together and leading a happy relationship. Collins currently resides in Washington D.C.

Is Kaitlan Collins Married? What About Her Relationship With Will Douglas?