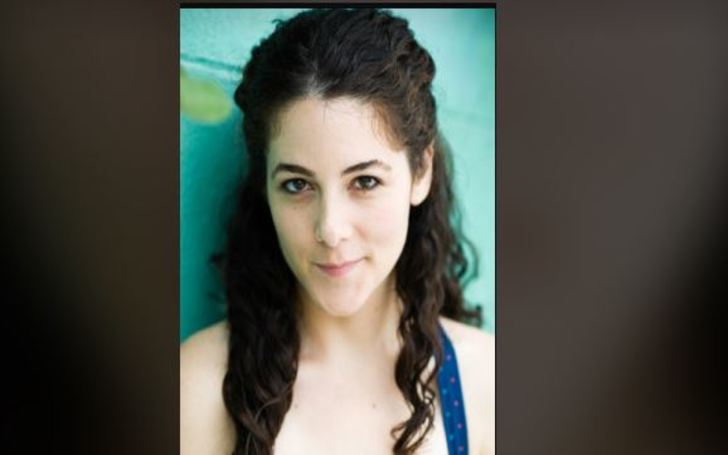 Kala Savage is an actress, writer, musician, and singer. She is known for films like Little Monsters (1989), Dead Write (2007), and Aliens in America (2007). She has also been in the TV series Undressed, Santa Barbara, and 8 Simple Rules.

Equally important to note is – Kala is also the sister of the former hit child stars, Ben Savage and Fred Savage. From 1988 to the late ’90s, her brothers Fred and Ben were on almost all shows and commercials with most of them turning out to be popular among audiences.

Kala’s siblings achieved an incredible feat both of whom essentially helped raise over a decade’s worth of kids during the height of their success on television. The prominence they’ve had at such young ages is nothing short of remarkability.

Know how Fred and Ben’s sister followed in the footsteps of her brothers. Did she gain a similar level of success? Also, who is she married to? What is she doing as of recent?

Kala Savage, fully, Kala Lynne Savage was born on October 16, 1978, in Highland Park, Illinois. She is the daughter of Joanne and Lewis Savage, who were, respectively, an industrial real estate broker and a consultant. Kala is the middle child of Joanne and Lewis.

Her grandparents were Jewish and from Poland, Ukraine, Germany, and Latvia. She grew up following Reform Judaism. Kala has “a good mix” of Jewish ethnic strains in her family. Her father’s parents were from Latvia and Ukraine, while her maternal ancestors were from Germany and Poland via Brooklyn.

As mentioned, she had a typical Reform Jewish upbringing. She and her brothers allegedly studied at Hebrew school in suburban Chicago. While her elder brother had his bar mitzvah at the Stephen Wise Temple on Mulholland Drive soon after her family moved to L.A, it is unclear where Kala had hers.

She supposedly did her high school at Brentwood School in Los Angeles, California.

As mentioned Kala is the middle of her parents’ three children. Her older brother Fred Savage is an actor/director. He is known for his role as Kevin Arnold in ABC’s The Wonder Years.

Fred has also received the People’s Choice Awards and Young Artist Awards. He, in addition, is known for playing the Grandson in Rob Reiner’s The Princess Bride and is also the voice behind the titular Nicklodean protagonist in Oswald.

The three siblings say they all inspired each other when they started young into the acting.

She Used To Pull Pranks On Her Brother Ben Savage

While Kala was not a bad kid, she, as a child, occasionally, was impish. In an interview, her older brother, Fred said how he and Kala used to pull harmless pranks on their younger brother, Ben.

Once when he and Kala then 11 -year-old made their 9-year old brother Ben a home-brewed drink. Fred said they concocted the potion and put everything from the kitchen in it ranging from ketchup, margarine, salt, pepper, vinegar.

Kala’s elder brother said they made Ben drink it all and he liked it.

Kala followed into the show business shortly after her brother Fred broke into it. She first got into acting with a part on the afternoon soap Santa Barbara. It was during the same time when her younger brother, Ben got the role of Judd Hirsch’s son in Dear John.

The Chicago-born child actress made her film debut in 1989’s Little Monsters as the titular character. The following year she appeared in the music video for The Traveling Wilbury’s Wilbury Twist.

She has also made appearances in other series such as That ’70s Show, Diagnosis Murder, Felicity, NYPD Blue, Boston Public, among others.

Kala Is Also In The Rock Band

In addition to being a former child actress, Kala Savage is also a founding member and co-lead singer of the indie rock band Biirdie (Keyboard and Vocals).

When last reported, the Jewish actress was working on a screenplay entitled The Shoenthals. It allegedly took inspiration from her own childhood as a member of a family that relocates to Hollywood, California, to pursue a career in the TV and film industry.

She took an unofficial break from acting in 2008.

Kala Savage Mother Was A Disciplinarian

Despite their respective successes, Fred during one of his interviews said that his parents’ attitude toward him and his siblings didn’t change. Kala’s brother explained they would still be their “Mom and Dad.”

He also said it was his mother who was the disciplinarian even when their father was around. Kala’s father, on the other hand, didn’t care. Her mother didn’t treat them any differently. She reportedly yelled at them and punished them like any other mother.

Kala Savage Is Married To One Of Her Band Members

Since 2003, the actress/singer has been married to Jared Flamm. Kala’s husband is Kala’s fellow Biirdie band member (guitar and vocals). He was also the music coordinator of the 2007 film, Daddy Day Camp, which his brother-in-law, Fred Savage directed.

Flamm is a native of Gainesville, Florida. The couple resides in LA.

The musical duo is yet to talk about the story of their relationship though they reportedly met each in Los Angeles on Halloween 2003.

Is She As Rich As Her Brothers?

While both of Kala’s brothers, Ben and Fred are reportedly millionaires, the things get pretty ambiguous and all up the imagination when it is about her own net worth.

Each of the Santa Barbara star’s siblings’ fortune, in proportion to reports, is in the domain of $10-$12million. However, considering her absenteeism of over ten years from showbiz, there’s no telling as to where she stands in terms of richness.