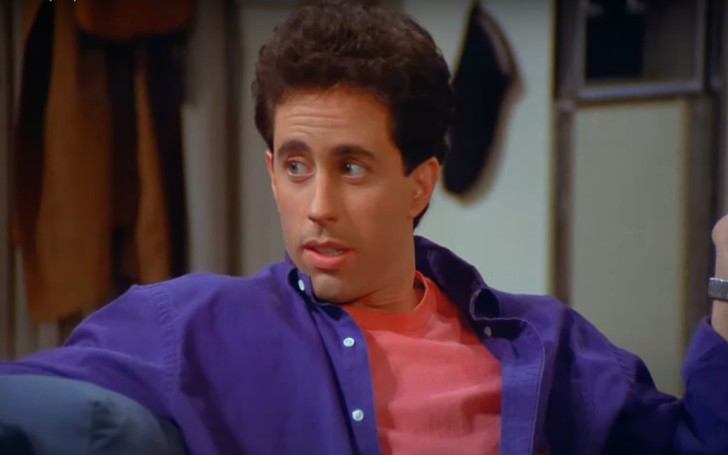 Kalman Seinfeld is the late father of an American stand-up comedian, actor, writer, and producer Jerry Seinfield (aka Jerome Allen Seinfield). His son is widely popular for his semi-fictionalized role in the American sitcom Seinfield which he co-created and co-written with Larry David.

Besides his identity as a celebrity father, Kalman was in a sign-making business on his own. He was married to his wife Betty Seinfeld and together became the parents of two children. And sadly, he died at the age of 67 in the year 1985. Well, what was the reason behind his death?

Here, in this article, we are going to reveal untold details on Jerry Seinfeld’s late father Kalman Seinfeld.

Kalman Seinfeld was of Hungarian Heritage raised in New York

After his birth, his dad married his second wife and due to his father’s two marriages, he grew up in a difficult environment along with his two older siblings and his one half-sibling whose name is not known.

Besides, with regard to ethnicity, Kalman was of Hungarian Jewish descent and was an American citizen.

Kalman Seinfeld Was An Orphan

As aforementioned, due to his dad’s two marriages, Kalman didn’t get a normal family life. He lived all his early days in a broken home which has no family coordination and moreover, the family was financially weak.

Due to their poor financial condition, Kalman couldn’t go to school as well. In this regard, his popular son Jerry talked in an interview and said,

“They’d live in these apartments until the rent was due and then they’d move out, and they didn’t go to school, “It was the old apple-in-the-street kind of thing.”

Though he had a family, in several circumstances, Kalman grew up like an orphan with no support from his family members, and as a result, he started living on his own.

Talking about his parents individually, his father was Shimshon/Schimscher “Simon” Seinfeld, the son of Jonas Seinfeld. Kalman’s beloved dad Shimson hailed from Stanislau, a place that was previously in the Austro-Hungarian Empire.

Likewise, his mother’s name was Celia.

What Did Jerry Seinfeld’s Father, Kalman Seinfeld Do For A Living?

By profession, the New York native was a sign maker and sign painter. He used to run his own sign making-shop named Signfeld Signs in New York City. Regarding his job, his son Jerry once, by posting a picture of a signboard on his Instagram page, wrote,

My father was a sign-maker, so I have always been a sign-watcher.

Kalman was also in military service. He served in World War II.

Kalman Seinfeld Was Married To His Wife Betty Seinfeld

Kalman and his wife Betty were together as a husband-wife for almost four decades. Though no detailed information about their marriage is available in the media, it is known that they tied the knot in the year 1950. Since then, they led a beautiful married life together.

Both the couple Kalman and Betty lacked proper care and love in their early days as Betty grew up in foster care and Kalman in a broken home as said earlier. So when they started their relationship, they made a beautiful family. The duo had a great tuning as a husband and wife. As a result, the spouses were with one another until the death of Kalman in 1985.

From his marriage, Kalman became the father of his two children, a daughter named Carolyn Liebling and a son Jerry Seinfeld.

His first child Carolyn was born on October 12, 1952. In 1980, she got married to her husband Lawrence Timothy Liebling. She has a child named Joshua Keith Liebling. As of 2023, she is 70 years of age.

Likewise, Seinfeld’s son Jerry was born Jerome Allen Seinfeld on April 29, 1954. He is currently 68 years old. As of now, he is considered as one of the greatest stand-up comedians in the American Entertainment Industry.

His son Jerry is a well-known American personality. Jerry gained wide recognition as a comedian after portraying a semi-fictionalized version of himself in the sitcom Seinfeld from 1989 to 1998. Not only does he present the show, but he was also the co-creator and co-writer of the show alongside the comedian Larry David.

Further, he is also a writer who wrote a book named SeinLanguage which was released in 1993. In addition, he is also the writer of a children’s book Halloween and some others as well. Jerry is also a producer, co-writer, and actor in the 2007 film Bee Movie. For his contribution as an entertainer, Seinfeld Jr., got nominated nineteen times for Primetime Emmy Awards and four times for Grammy Awards.

Jerry is a happily married man. He is married to his wife Jessica (Sklar) Seinfeld who is an author and philanthropist. The couple tied the knot on December 25th, 1999. As of now, the pair is a proud parent of three beautiful children named Sascha Seinfeld, Julian Kal Seinfeld, and Shepherd Kellen Seinfeld.

Prior to his marriage with his now-wife, he dated two women Carol Leifer and Shoshanna Lonstein.

Kalman Seinfeld Died At The Age Of 67; What Was The Cause Of His Death?

Coming up to 2023, it’s been already more than 30 years since Kalman left the living world. He died on January 31, 1985, in Palm Beach County, Florida, in his late 60s. As per sources, his cause of death was a heart attack.

After his death, his body was buried in an unknown cemetery in New York, New York County.

Kalman’s Son, Jerry Remembers Him As  A Funny Man; What Else Did His Son Appreciate About Him?

In one interview, when Kalman’s son Jerry was asked what he inherits from his father, he said,

Humour and joy of life. He was very funny.

In the question-answer session, Jerry revealed that his late father had a file of jokes that he collected while serving in World War II.

Complete neglect. Absolute, total neglect. It worked for me. It made me very independent. They were both orphans. So they had a natural independence.

He further stated that the negligence which his father showed while he was growing up indeed made him self-reliant.

The famous comedian further praised his late father saying that “He was a great appreciator of life”.

What Was Kalman Seinfeld’s Net Worth At The Time Of His Death?

While Kalman was alive, he worked as a signmaker. In fact, he owned a sign-making business. So, it is obvious that he may have earned quite a good amount of money however his net worth is not yet estimated at the moment.

On the other hand, his famous son Jerry Seinfeld has an estimated fortune of $950 million as of 2023.