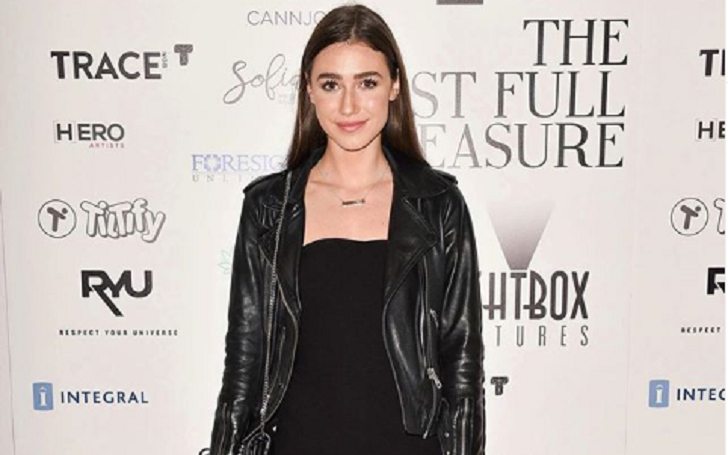 Kamilla Kowal is one of the budding talents in the entertainment industry with a few acting credits under her belt. She gained tremendous popularity following her breakout role in the Canadian TV series Letterkenny. She played the recurring character of Bonnie McMurray on the project.

Further, the young actress has also worked in a few other on-screen projects after making her debut in a TV Series documentary, Web of Lies.

Moving towards her love life, Kamilla is dating her boyfriend for over a year now. Besides, in this article, we will talk about her parents and lots more interesting facts about her!

Who Are Kamilla Kowal Parents? Details on Her Age and Early Life

Kowal was born on 17th July 1998, in Canada. The 23-year-old has remained hush-hush on revealing the information about her family. Kamilla once talked about her shyness as a child. And later, her mother put her in a theatre. She gradually developed a passion for acting, eventually making it her profession.

Besides, talking about her father, the actress only shared a young photo of her dad on her Insta in July 2021.

Other details of her family aren’t available.

The actress belongs to Canadian nationality and has a mixed ethnical background.

Kamilla began acting tutorials at Charm Plus by the age of 10. She graduated from St. Benedict Catholic Secondary School, in Cambridge, Ontario. She used to play soccer and became a part of several local tournaments during her high school.

Kamilla is currently getting her degree, however, the name of the college is not known.

Kowal joined the TV series Letterkenny at the age of 16. She played Bonnie McMurray, a recurring character on the project. Its first season aired on 7th Feb 2016.

The hilarious series highlights the lifestyle of Letterkenny, a small rural community in Ontario, and the everyday problems they face.

Other cast members of the show are Evan Stern, Nathan Dales, and Andrew Herr. The show has released a total of eight seasons to date and it was renewed for a ninth season in June 2020. The show premiered on The Comedy Network.

Kowal is also quite close to her cast members and often shares photos with them on Instagram.

In addition to Letterkenny, Kowal has also worked on a few other acting projects. She played Cheyenne on the documentary television series on Web of Lies in 2016. Moreover, the emerging actress portrayed Emily in the comedy-drama The New Romantic in 2018.

The following year, she went on to perform in a thriller American Hangman. It was directed by Wilson Coneybeare. She also bagged the roles in two other TV movies Secrets in a Small Town and Winter Love Story in 2019.

Besides, Kowal is the winner of a Canadian beauty pageant, Miss Greater Sudbury.

Kamilla Kowal Boyfriend is Luke McCaw: How long have they been dating?

Judging by her social media accounts, the actress has been in a romantic relationship with her boyfriend Luke McCaw for over a year now. Her beau is a Laurentian University pupil who currently studies MBA at the college.

Kowal shared the first photo along with her bae Luke in July 2019. In the picture, they were enjoying boating and the beautiful view of Drag Lake, in Haliburton County.

Moreover, on 31st May 2020, Kamilla posted a beautiful photo with her beau on the occasion of his birthday. Her caption read,

My most favourite human! Life is so much better with you. Happy 24th birthday, lover 💙

The ‘Letterkenny’ star frequently posts photos of themselves on her social media handles flaunting their romance. Thus, it is safe to say the couple is leading a happy relationship.

Kowal is a dog lover

Kamilla is an animal lover and her attachment to dogs is great. When one of her fans asked her “What would your dream house be like?” on Reddit. The actress replied,

“Big windows for natural light, on the lake, filled with flowers and 100 dogs”

Besides, Kowal is a also fan of mint chocolate chips.

Kamilla Kowal has a net worth of $200,000 net worth in 2021. She may be a fresh face on the entertainment, but the actress is quite far from unknown. She has already become a part of many TV shows. And it is also her major source of income.