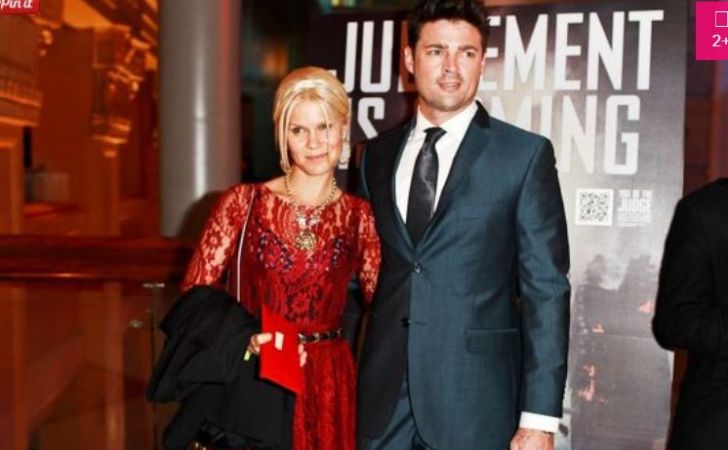 Natalie Wihongi is a makeup artist by profession. As a make-up artist, she has even worked in a few movies that also include the 2000 movie The Privateers. Despite her successful professional life, she is most famous as the ex-wife of the Kiwi actor Karl Urban.

Unfortunately, she is no more together with Karl. But how is her life at present? Did she ever marry again? Does she have any children? In this article, we are going to explore some untold facts about Natalie Wihongi.

Natalie Wihongi Is A Makeup Artist

As we mentioned earlier, Natalie Wihongi is a successful makeup artist. She has been working in the field for years and has even contributed to the movies as a makeup artist.

Her first work as a makeup artist in the movie was in the 2000 film The Privateers, where she worked for Karl Urban. Later in 2001, she became part of the film named Rain. She has since not worked in any movies or TV series.

However, she leads a successful career away from the limelight.

A successful makeup artist Natalie was married to New Zealand actor Karl Urban. They were married in September 2004. Their wedding was a lavish ceremony, with several celebrities in attendance.

The former couple reportedly tied the knot after years of dating. They met for the first time in the late 1990s and later when Natalie was the makeup artist in the TV movie The Privateers.

As a married couple, they lived in their NZ$5.25 million mansions in Auckland, New Zealand. But unfortunately, things didn’t work between the two for very long and they separated in September 2014. Though the couple didn’t reveal the reason behind their split, sources assume they divorced because of Karl’s extra-marital relationship with actress Katee Sackhoff, whom he dated from 2014 to 2018.

Soon after their divorce, they even sold their Auckland home for NZ$6.65 million in December 2014.

She Welcomed Two Children With Her Ex-Husband

Natalie Wihongi is the mother of two kids. She welcomed her first child Hunter Urban on 16 December 2000. She welcomed her second child, again a son Indiana Urban on 28 June 2005. The interesting thing is Karl named his second son after the Indiana Jones franchise’s eponymous hero, the first movie he cited as his favorite.

Well, both her children are already grown up and doing pretty well in their personal and professional life. But unfortunately, they lead a very private life. However, Hunter is on Instagram, where he flaunts his fishing skills. He is also a big dog lover and there are numerous photos of him with dogs on his socials.

Besides, Natalie has also posted photos of both her son on her Facebook account. Both the ex-couple mutually look after their kids even after their divorce.

Did Natalie Wihongi Marry After Divorce With Karl?

Ever since she split from Karl, Natalie has kept herself completely away from the media. There are no updates on whether she got into any romantic relationship after her split or not. She has rather become a sort of virtual recluse.

In fact, there are no updates on her whereabouts. Hopefully, she is doing well in her personal and professional life.

Unlike her, her ex-husband is hugely active on all the major social media platforms. He has around 1.3 million followers on his Instagram and over 190k followers on Twitter.

Who Is Joe Montana’s Wife Jennifer Montana? Some Untold Facts About Her