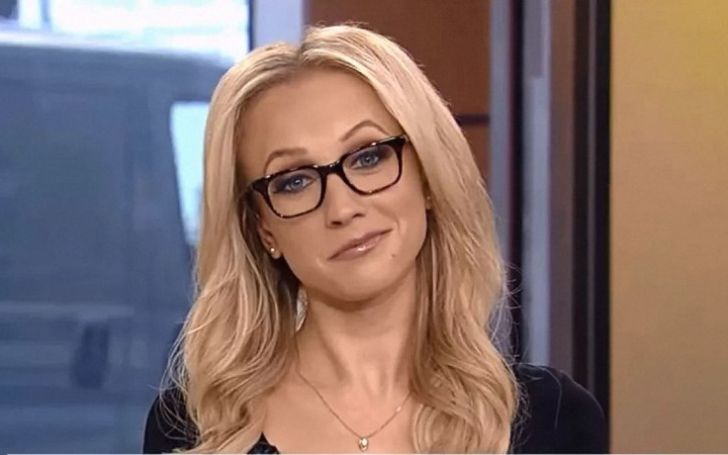 Katherine Timpf just surprised everyone after revealing she has been engaged to her long-term secret boyfriend, Cameron Friscia. Although the majority of the population didn’t even know about her secret affair, many of her friends are somehow relieved after the announcement. At least, now they don’t have to keep it a secret anymore.

Besides, since she divulged the big news, fans are asking all sorts of questions. Who is Kat engaged to? When will they marry? and many more. Let’s talk in-depth about Kat’s relationship with her boyfriend Cameron.

Kat Timpf is happily engaged to her boyfriend Cameron Friscia

31-year-0ld Kat rarely talks about her personal life and in the media. When she opened up about her engagement and that too during the live telecast of The Greg Gutfeld, the majority of her fans were taken aback. And why wouldn’t they? She never told anyone about having a boyfriend and out of the blue, she mentions she has been engaged.

For those who haven’t seen it, here’s a little glimpse!

Judging by the above video, it looks Kat’s boyfriend turned fiance Cameron definitely went over the top and bought an extravagant ring.

Though the reporter & comedian mentioned getting engaged in August, it seems like she has been betrothed to her bf for some time now. Let us explain to you how?

After Kat shared the clip where she showed her ring to Greg on the Greg Gutfeld Show fans were elated. Many of her close friends sent out their best wishes to the duo. Out of one of these comments, a remark made by Meghan McCain stood out the most.

Meghan specifically mentions about not keeping the news a secret anymore. This points out towards one thing and that is, Kat and Cameron have been engaged for some time but only a few of their friends knew about this.

Be that as it may, we are glad Kat is happily engaged and look forward to their wedding.

Is Kat Timfp planning to get married to fiance Cameron?

Judging by the recent activity, it won’t be far fetched to say that Kat and her beau are planning for a wedding. Generally, it doesn’t take a long for a wedding to come after the proposal. Likewise, Kat and Cameron are most definitely talking about exchanging vows soon.

On the other hand, Kat has rarely opened up about being a bride. Well, we wish to see Kat donning that coveted bride’s dress sooner rather than later.

All the details on Kat Timpf’s relationship with Cameron Friscia

Kat likes to keep her personal life behind closed doors. This is why so many websites don’t have authentic information regarding her relationship. However, we’ve all the right and genuine information about Kat’s dating life.

For over a decade Kat is happily dating Cameron Friscia. Her boyfriend is a veteran and currently works as a Research Associate at Coatue Management.

Most of the time, she even calls Cameron her hubby which often misleads fans to believe she is married to the guy. But that is far from the truth.

The pair have been dating for a long time, probably more than a decade. It is more than probable they first came across soon after Cameron left the army. Initially, he enlisted right after the twin tower attack in 2001.

Since then, Kat sporadically shares pictures with her boyfriend on social media. In addition, Cameron is also in good terms with Kat’s family members including her father, brother, and sister.