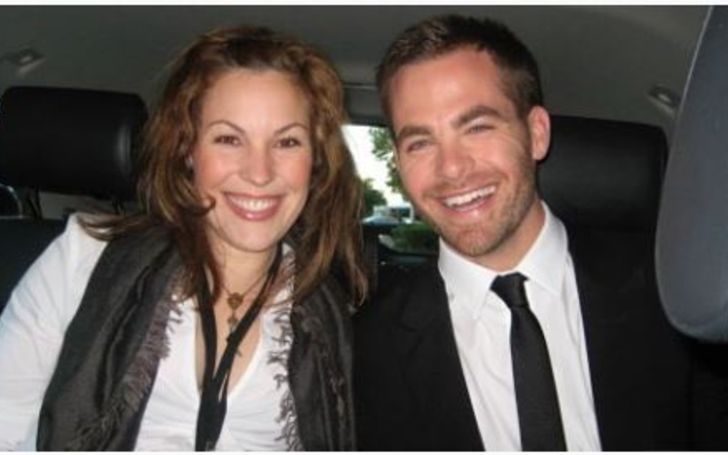 Although Katherine comes from a family of actors, she has kept a low profile when it comes to exposure in the media.

Katherine Pine was born on the 24th of September 1972, in Los Angeles, California USA. Her father Robert Pine and mother Gwynne Gilford are both actors.

Her father is popularly known for his work in Sgt. Joseph Getraer on the television series CHiPs (1977–1983), Days of Our Lives, Lost in Space, The Silent Force, and many others.

Her grandparents were also associated with the film industry. While her grandfather Max M. Gilford was a film producer, her grandmother Anne Gwynne was an actress in many horror movies.

Katherine’s grandmother has appeared in films like Ride ‘Em Cowboy and House of Frankenstein and the film series Public Prosecutor from 1947 to 1948.

Talking about her education, she reportedly finished her university education in her hometown. She finished her graduation in Psychology in 2005.

She Has a Younger Brother Chris Pine

Katherine has a younger brother Chris Pine, who has made a strong impression as an actor in the film industry.

The brother and sister share a strong bond and have often made appearances together on social media.

Katherine Has Appeared in a few Movies & TV series

Born in a family of actors, Katherine also tried her hand in acting. Beginning as the voice actress of a video game entitled Heavy Gear in 1997, she made her TV debut in 1998 appearing in Love Boat: The Next Wave as Rhonda.

Well, despite her initial success as an actress, she quit acting.

She is a Certified Psychotherapist

The 48 years old Katherine is a certified psychotherapist. After quitting her career in films, Pine pursues a successful career as a marriage & family therapist.

She has been working in the field for over 10 years and is currently based in California.

As a therapist, Katherine specializes in psychotherapy including anxiety, and depression. Similarly, she also serves as a relationship consultant, solving couples and families issues with relationships and dating. Her clients include all the above 11 years of age.

People often confuse Katherine Pine with popular American actress and former fashion model Katherine Heigl. But the fact is they are not related.

The two have very similar facial structures, similar hair, and facial features as well. While they are similar in terms of physicality, but differ when it comes to their accomplishments.

As we have mentioned above, Pine shifted her career from acting to a psychotherapist, whereas Heigl is an established actress known for movies like Knocked Up (2007), 27 Dresses (2008), The Ugly Truth (2009), Killers, and dozens more.

Katherine is Secretive About Her Love Life: Marriage, Husband, & Boyfriend

Unlike other celebrities, Katherine is very much secretive about her love life. Considering the fact that Katherine Pine is already 48, she is more likely to be married, however, no confirmation on the matter has been made.

The former actress has not revealed if she is married. Also, no details about the existence of her children have been addressed so far.

The same is the case when it comes to details on her boyfriend. She has not revealed if she ever has had a boyfriend.