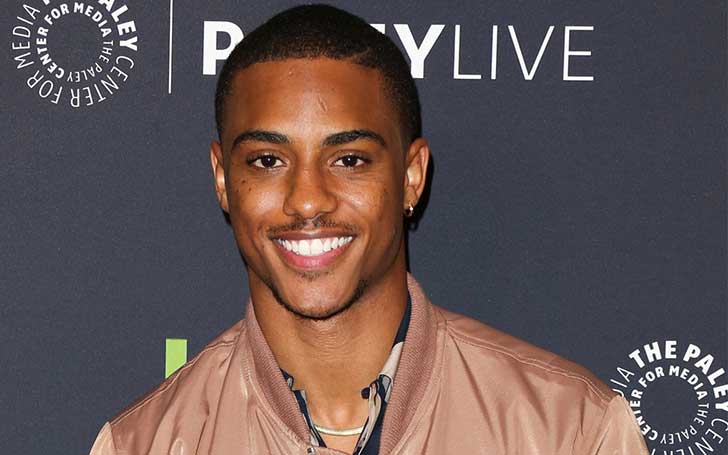 Keith Powers was born as Keith Tyree Powers in Sacramento, California, the U.S. on August 22, 1992. He is the oldest of four children born to parents Jennifer Clark and Keith Powers Sr. He has two siblings including brother Kevin O Powers and sister Kaylan Powers.

His mother, Jennifer, influenced him on pursuing a modeling career at a tender age of nine, however, he swiftly developed a passion for sports.

His Cousine Sister Alexis Powers Died in May 2020

Sadly, Keith’s cousin sister Alexis passed away in May 2020. The actor made a lengthy post on his Instagram addressing his proximity to her and her sad demise.

Rest In Peace to my first cousin, my first best friend Alexis Powers. We grew apart but of course the love was always there when we reunited. I’m honestly devastated by the news. I hadn’t seen my cousin in like a year and I hate that it takes death for me to put things into perspective. I put all my time and focus into my personal life and my career. I rarely stop and think about just giving my loved ones a simple call. I wish I could’ve talked to my cousin before she passed. I know she knows how much I love her. Things like this happen and it reminds me how much none of this material shit matters. Love will always matter overall. Love for your family, friends and simply love of life. To be able to wake up every morning and be alive. I’ll miss my cousin so much. Please keep my uncle, auntie and cousins in your prayers. 🙏🏿❤️👼🏿

He stated he had not met her in a year and that he regrets not giving time to family and friends. the post featured some beautiful pic of the two from their childhood.

He completed high school from Sheldon High School, where he played football as a wide receiver.

What race is Keith?

How old is Keith?

Keith Powers graduated in 2010 and then relocated to Los Angeles with his father to focus on his modeling career. There he signed with the Wilhelmina Agency.

His modeling career saw a rise after he walked for Calvin Klein at the 2014 Men’s Fashion Week in Milan. He notably modeled for Sears and JCPenny ads and did a cover for Skechers before he became the face of Aeropostale.

Why is Keith Powers Famous? His Career as an Actor

Powers started his acting in 2013, with the main role of Quentin in the direct-to-video comedy film House Party: Tonight’s the Night. He decided to make acting his main occupation after he went to South Africa for shooting.

He is most well known for playing Ronnie DeVoe in The New Edition Story. Furthermore, he also garnered fame from his work as Cameron Drake in Reality High.

He made his television debut in 2013 from an appearance as a stringer guy in an episode of Pretty Little Liars. The following year, he landed a recurring role as Theo in Faking It. In 2015, Powers landed his first main role on Television, as LaDarius Pope in Sin City Saints.

The Faking It star is in a relationship with actress and singer Ryan Destiny. The pair, who met at a Teen Vogue party in 2015, started dating in late 2017.

Powers and Destiny became friends after they met for a couple of more times in gatherings and events. They remained friends for more than two years before the pair finally started seeing each other.

Keith and Ryan frequently make their public appearance and also share their romance in sporadic social media posts. One of their most recent public appearances [as of March 2020] was at the Super Bowl LIV in Hard Rock Stadium in Miami on February 3, 2020.

The 27-year-old was seen supporting Kansas City Chiefs, who won the title beating San Francisco 49ers by 31-20. Later, Powers shared a photo of him and his girlfriend from the Super Bowl on his Instagram.

What is Keith Powers Net Worth?

As of 2020, Keith Powers’ net worth is estimated to be around $1 million. Apart from working in Famous In Love and The New Edition Story, he is also a model.

No doubt, his wealth will grow in the future. Meanwhile, his girlfriend Ryan’s total fortune is $3 million.

Ryan Destiny Boyfriend Keith First Meeting to Relationship, How It All Began?