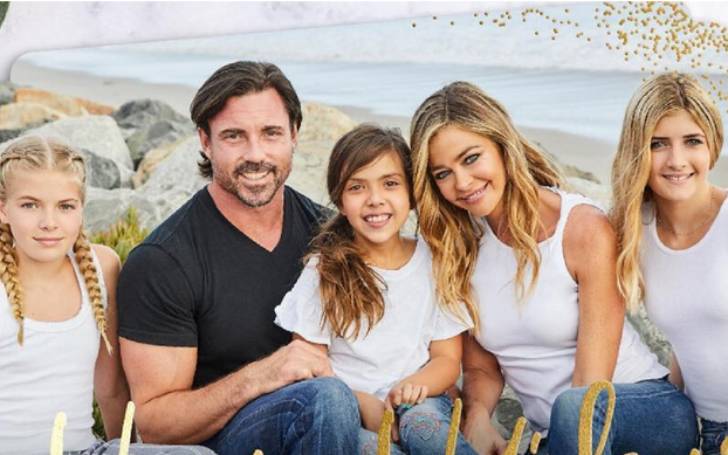 Not every celebrity can be inspirational. There are many who have gone down some darker path. And then there are some like Denise Richards, who continuously sets up a great example. Not only is she a doting mother to two kids, but she selflessly cares for her adoptive daughter, Eloise Joni Richards, who suffers from a rare disability.

Since adopting her, Denise faced numerous ups and downs, and yet, not a single time did she complain. In addition, her husband Aaron has also helped her a lot with Eloise. He himself is going to become her legal father soon. We should all strive to become a great parent like them.

On that note, let’s take a look at the life of Eloise Joni and find out all about her disorder, father, siblings, and more!

Born on May 24th, 2011, Eloise was adopted by Denise in June 2011, a month after her biological mother gave birth. So no, she is not the biological daughter of actor Charlie Sheen.

At first, PEOPLE Magazine broke the news that Denise has become a mom for the third time. The outlet reported Denise adopted a girl domestically after a process of around two-years.

At the same time, the Real Housewives of Beverly Hills star also revealed her third child’s name. She named her Eloise ‘Joni’ Richards. Her middle name is a tribute to Richard’s mom, Joni, who died in December 2007 due to cancer.

Recently, Eloise turned nine, and her mom threw her an extravagant birthday party. Later, Denise took to her Instagram account to share the special moment with her devout fans as well.

Our Eloise turned 9 yesterday….. happy birthday sweet angel. We love you so much ❤️

We can say for sure that Denise is relishing her life as a mother of three kids and a wife.

Eloise Joni Richards’ Father: Aaron Phypers is in the process to adopt

Life may have been cruel for Eloise due to her rare genetic condition, but thanks to her family, life is now good. On top of that, she is also going to have a father pretty soon. Yes, Denise’s husband, Aaron Phyper, is also on the process of officially adopting Eloise.

Aaron and Eloise already have a father-daughter like relationship. Both of them spend a lot of time together, and he absolutely loves spending time with her. In November 2019, he shared a picture with his daughter as they bonded over fixing his car. They looked so cute together.

Our Eloise turned 9 yesterday….. happy birthday sweet angel. We love you so much ❤️

Initially, Denise announced that Aaron is planning on adopting her daughter in July 2019. What’s more, Eloise stole everyone’s heart when she said the word ‘Dad’ for the first time. Aaron was quite thrilled to hear that word as he had longed for this day to come for the last couple of years.

At the time, Denise divulged in the Father’s Day Instagram post, “And the greatest gift Eloise being able to say “dad” for the first time a month ago.”

Apart from Eloise, Denise is a mother of two kids, both daughters, Sam Sheen, born March 9th, 2004, and Lola Rose Sheen, born in 2005. Both of them are in excellent terms with their adoptive daughter. 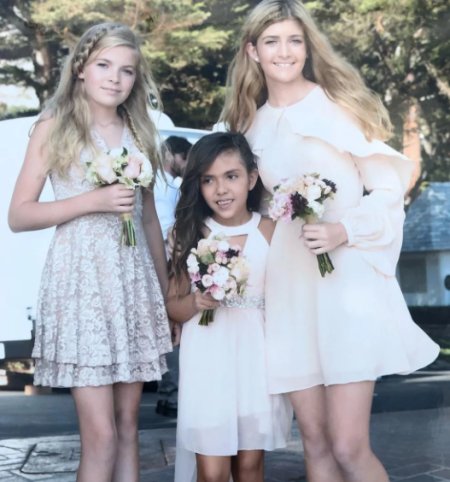 Denise shares Lola and Sam with her ex-husband, Charlie Sheen, with whom she was married from 2002 to 2006.

Both of Eloise’s sister Sam and Lola studies in a private high school. Previously, they went to the Viewpoint High School, but due to their dad, Charlie Sheen‘s erratic behaviour, they had to change school.

The youngest of Richar’s daughter was born with a chromosomal disorder, Chromosome 8, Monosomy 8p. Her disorder results in a lack of speech. Because of this ailment, Eloise didn’t have a normal childhood.

She started crawling when she was 15 months and walking at the age of 2, which is quite slow in terms of an average child. 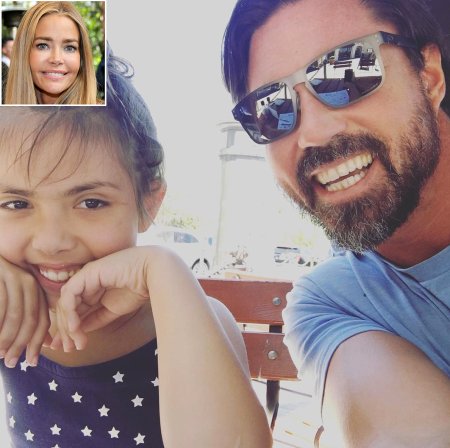 On top of that, the diagnosis for this rare problem is rather complicated as well. At the moment, Denise isn’t sure if her daughter will ever speak like a normal person, yet they are trying their best to give her a proper life.

That being said, Eloise has made some incredible changes over the last 8-years. Moreover, both Denise and Aaron are now slowly coping with her daily needs. They truly are a definition of a doting parent, aren’t they?

On December of 2019, Denise gave an insight into her daughter’s development and how she is improving each day via her Instagram account.

Trying to distract our daughter Eloise … some of you are aware she has a chromosome disorder & has development delays. noise really bothers her… but she saw other planes take off & she was so happy she was clapping 👏🏼…. she truly is our little angel & the smallest things make her so happy 😊❤️🙏🏻. @aaronwilliamcameron

We hope Eloise makes further improvements in the days and years to come.