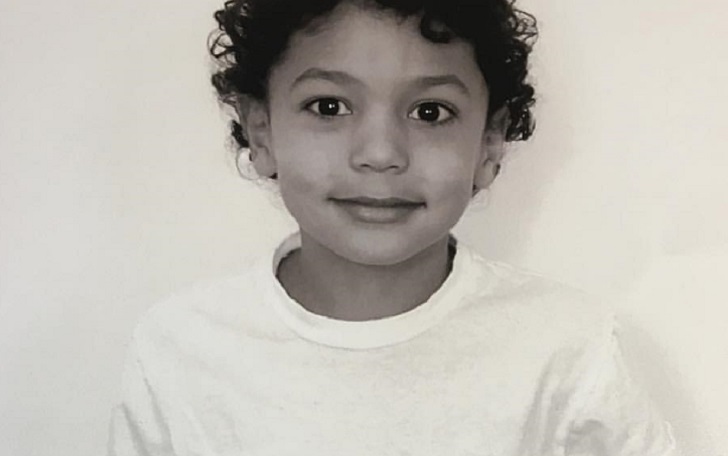 Austin Owen is the son of Gary Owen, one of the most admired stand-up comedians. Gary who is often dubbed “Funniest Serviceman in America” has also worked in dozens of movies and TV shows like Daddy Day Care, Little Man, and more.

Besides, being the son of such a funniest man, Austin also seems following in his father’s footsteps. The young boy has already done a couple of shows too.

Who is Austin Owen? His Age and Early Life

Austin is the only son of Gary and his ex-wife, Kenya Duke. He was born on 27th November 2000, in Los Angeles, California. He spent most part of his childhood in Los Angels and later moved to Ohio, where the rest of the family also resides.

What is His Ethnicity?

Born to mixed-race parents, Austin is biracial. And his nationality is American.

Gary and Kenya first met in the late 1990s outside The Comedy Club, Sunset Boulevard. After some time, they again met at the same location and this time, the two exchanged their number and started talking on the phone.

As for their wedding, Kenya and Gary exchanged their vows on 19th July 2003. Their low-key ceremony took place in Oakland, California which was attended by their family members and friends. The groom donned a sky blue suit, whereas, the bride opted for a white gown.

The two were in a committed relationship for nearly two decades. However, it didn’t go long as perfectly as it seemed initially.

As per TMZ, Kenya filed for divorce in March 2021, citing irreconcilable differences as the reason behind their separation.

Austin Owen has a Sister

Owen grew up along with his younger sister, Kennedy Owen, born on July 3rd, 2002, in Los Angeles, California. Kennedy also went to Heritage High. She later attended North Carolina A&T State University. The proud father Gary announced the happy news after his daughter was accepted to NC A&T. He wrote on his Instagram photo, holding her acceptance letter,

“Ok it’s official my daughter has been accepted to go to NC A&T next year. She told me her freshman year of high school she wanted to attend an HBCU. A&T was her first choice. So get ready @terrencej @frederickwjr @willpowerpacker that loud white guy at the homecoming game will be me for the next 4 years. #ProudDad #AggiePride #HBCU.”

Has a Half-Brother From His Mother’s Previous Love Affair

Austin has a half-brother named Emilio William Toliver, born on 18th Jan 1991 from his mother’s past relationship with Emilio Toliver Sr. Born and raised in Oakland, California, Emilio studied at Lakota West High School. He then went to The Art Institute of Ohio-Cincinnati.

What is Austin Owen Doing at present?

Austin is now more focused on his academic career. Besides, the star kid also looks pretty interested in stand-up like his father. The father-son duo has shared the same love for comedy.

Back in June 2018, the star kid performed stand-up at Tommy T’s Comedy Clubs, in Pleasanton California. Although it was his first performance, Austin received huge applause from the audience.

In one of Gary’s YouTube videos, the veteran stand-up comedian wrote that his son never asked him for help before performing on stage,

“my son who’s never been on stage never told a real joke in his life wrote his own set.”

“I didn’t write any jokes for him the only thing I did was He came to me and asked me some advice like dad what do you think I should do to get the crowd on my side.”

What Does Austin’s Mother Do?

Gary is a businesswoman who owns Premier Sports and Corporate Travel. In addition, Owen has also worked as an actress for a couple of on-screen projects that include Look I’m Smiling, Gary Owen, Breakin’ Out the Park,  and more.

What is Austin Owen Net Worth?

His estimated fortune is $100,000. On the other hand, Austin’s father has Gary has a net worth of $3 million as of 2021. He has earned the majority of his wealth from his stand-up career and other acting roles.

Owen lives in the city of Ohio at present.

Is Austin Owen Dating Anyone?

The 20-year-old boy has kept most of his private details behind the camera. He is neither active on any social media handles. Thus, we can yet to confirm whether Austin does have a girlfriend or not.