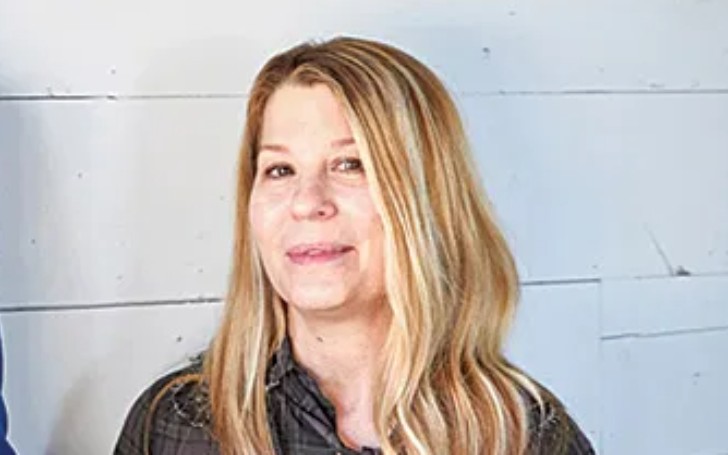 Many of you probably recognize Melanie Lynn Clapp as the former wife of Jackass star Johnny Knoxville. The former couple was married for 12-years before divorcing.

From their marriage, they became a parent of one daughter, whom they decided to co-parent after separating. Since then, Johnny has remarried and even became a father twice but what about his ex-wife, Melanie?

Has Melanie too tied the knot with someone? Where is she and how old is she as of 2020? Well, today we’ve found all the necessary information regarding the former celebrity wife. Take a look at her current whereabouts, career, net worth, and relationship status.

Melanie came to media prominence solely as Johnny Knoxville’s wife. Apart from her relationship with Johnny, not much is known about her early life.

Talking about her relationship with Johnny, the couple tied the knot on May 15th, 1995, in a cheap second-rate wedding in Elvis chapel in Las Vegas. You must be wondering, why Johnny and his wife settled for such nuptials?

So back in the 90s, Johnny had this gambling addiction. And sometimes before the matrimonial with Melanie. Johnny blew all of the money on gambling.

It wasn’t until their daughter, Madison’s birth that Knoxville decided to get his act together or his family will suffer.

Melanie and Johnny are a proud parent of one daughter: She is a writer

Some times after their wedding, the former husband and wife became parents for the first time. They welcomed Madison Tatiana Clapp in 1996. As of 2020, Madison is 24-years-old.

Madison studied at Oakwood School before graduating from Oberlin College, Ohio. She has decided to walk in the path of writing. At the moment, she is the creator and editor of Chickenbutt Magazine. The mag is a quarterly print magazine. It has new themes for each issue. The price for the mag is $14.

After her parents divorced, both of them decided to co-parent here. To this day, she has a very close relationship with both her mom and dad.

Sadly, Melanie and Johnny’s story wasn’t meant to last forever. After 12-years of marriage, Johnny filed for divorce in June 2007, citing irreconcilable differences. According to the court documents, the pair had separated a year ago in July 2006. Johnny also sought the joint custody of their baby girl, Madison.

And after one year of filing, the divorce finalized in March 2008. At the time, there was no mention of spousal support or alimony paid by either party.

Melanie Lynn Clapp Jessica Simpson, and Johnny: The real reason behind the annulment?

In early 2020, singer Jessica Simpson shocked the world after she released her memoir, Open Book. In the book, she had written about her affair with her The Dukes of Hazzard co-star, Johnny.

However, she clearly states the affair as a rather “emotional affair” as opposed to “physical affair.” Surprisingly enough both Jessica and Johnny were married to their respective partners while they engaged in this emotional affair. She said,

“First off, we were both married, so this wasn’t going to get physical. But to me, an emotional affair was worse than a physical one. It’s funny, I know, because I had placed such an emphasis on sex by not having it before marriage. After I actually had sex, I understood that the emotional part was what mattered. … Johnny and I had that, which seemed far more of a betrayal to my marriage than sex.”

In addition, Jessica even mentioned how she felt a force between the two that was drawing them to each other. After her book released, a lot of tabloids started reporting if Johnny and Melanie had separated because of his encounter with Jessica.

Ever since divorcing her husband, Melanie is living a quiet life. When she was married to Johnny, she lived in Los Angeles, and even after the divorce, she lived there for several years before moving to her hometown of Austin, Texas.

She currently lives in her 1929 Texas Antique house which she purchased back in 2007, right around her divorce with Johnny. It looks like she did get something from the divorce, after all. The house is built in an area of 1500 square-foot and has all sorts of urban interior styles together with a bohemian flair.

As of now, she runs a own designer company called Site Street Home. The company is dedicated to all things interior including rugs, luxury bedding, clothing, gifts, decorative pillows, and more.

Melanie is a native of Texas. She moved to LA in the 90s, to pursue her designing career. Around the same time, she met her ex-husband, Johnny, in La. Back then, Melanie was working as a clothing and jewelry designer. She worked for Urban Outfitters and Warner Bros. Retail.

But her career in clothing was short-lived as she soon moved towards home remodeling and interior designing. She worked in LA, Austin, and Nashville. Her work was so great that even the great AIA Austin and Tribeza Interior Design tour acknowledged her skills.

This is how the whole idea of Side Street Home came to be.

How much is Melanie Lynn Clapp net worth?

As we mentioned above, Melanie lives in a lavish house in Austin. On top of that, she is also the owner of a design company. This directly states, her current net worth currently sits at a resounding $2 million.

Meanwhile, her ex-husband Johnny has a total fortune of a whopping $75 million.

She might be single but her husband Johnny is not. After divorcing her in 2008, he married film director Naomi Nelson in 2010.

Johnny and Naomi are proud parents of two children, Rocko Akira Clapp, 10, and Arlo Clapp, 8. Besides, Knoxville’s daughter Madison has a great bond with her half-siblings.