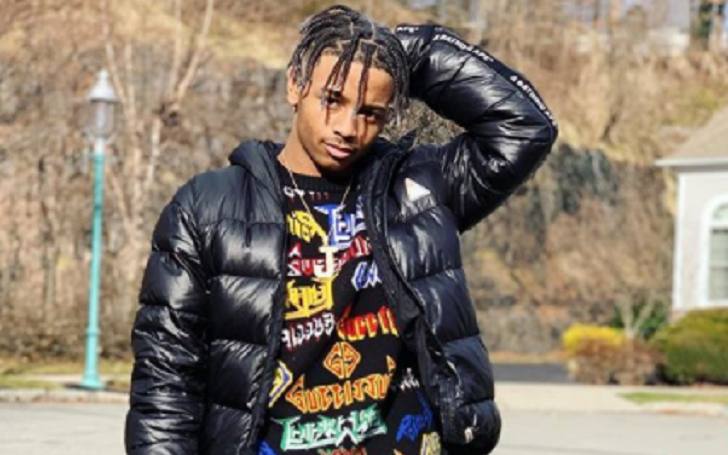 John Nesta Marley is a popular star kid better known as the son of Lauryn Hill and Rohan Marley. His mother Hill is one of the greatest singers of all time who also pioneered the Neo-soul genre. On the other hand, his father Rohan is the son of reggae legend Bob Marley.

Having such a strong family root, what is John doing at present? Is he a singer just like his grandpa or doing something else?

In the article, let’s find out about his parents’ long-term relationship. Did they ever get married? We will also talk about his siblings and many other unexplored facts!

John was born on 29th June 2002, in the United States. He is the second youngest child of Lauryn and Rohan’s five kids. John shares a deep bond with both of his parents.

His mom Hill uploaded a photo of her son on the occasion of his birthday in June 2020. The image features many memorable photos from John’s childhood to his teenage years.

“To my beloved baby boy John, Happy belated birthday!!! I tell the story often of how your smile was a reflection of love and a source of clarity for me during challenging days. May you always connect to that source of love and let no fear or vain thing stop you from being your greatest. I love you always!! Mommy.”

Besides, John has dual nationality American and Jamaican. He is from a mixed ethnical background.

John is the grandson of Bob Marley

His grandfather Bob Marley was the most successful singer and songwriter in music history. He is considered one of the pioneers of the music genre, Reggae.

Marley was born on 6th Feb 1945, in Nine Mile, British Jamaica. He began his journey in the industry by forming Bob Marley and the Wailers in 1963. The group became an international hit after coming with the albums Catch a Fire and Burnin. Both were released in 1973.

However, the artist was diagnosed with acral lentiginous melanoma, a form of skin cancer, in 1977. This resulted in his untimely death at the age of 36 on 11th May 1981. He had been ranked No. 11 on the list of 100 Greatest Artists of All Time made by Rolling Stone.

On the other side, his maternal grandfather Mal Hill was a computer and management consultant while his grandmom Valerie Hill was an English teacher.

John Nesta Marley has a total of eight siblings

Besides, John also has four half-siblings; three from his father’s different relationships, and one from his mother’s relationship.

John’s dad Rohan, before started dating Lauryn, was in a relationship with Geraldine Khawly. The former couple welcomed their first child, a daughter Eden in 1994. Their second child, a son Nico Rohan Marley was born in Jan 1995. Nico is a linebacker who played college football at Tulane University.

Furthermore, John has a half-sister Maria Fialho Marley from his father’s marriage to the Brazilian model, Barbara Fialho. The two tied the knot in March 2019. He also has a half-brother named Micah from his mother’s secret relationship.

Besides, John is an uncle of a three-year-old nephew, Zephania from his oldest brother Zion. He was born on 18th Feb 2017.

John’s mother Hill met Marley in the summer of 1996. The couple subsequently began dating and later also became the parents of five children. Although Lauryn often described Rohan as her husband, they never legally married.

The couple was in an on-and-off relationship for several years before their split in 2009.

Besides, Rohan was romantically linked to Isabeli Fontana, a Brazilian model in 2013.

What does John Nesta Marley do?

He is an aspiring model. Back in March 2019, John landed his modeling stint at The Brooklyn Circus, in the spring collection of the menswear line.

The 20-year-old John’s net worth is still under review. While talking about his parents’ wealth, his father Rohan has a $20 million net worth. And his mom Hill’s fortune is $8 million as of 2022. They both are pretty successful in their career.

His mother Lauryn, born and raised in New Jersey, was interested in music from her early years. The artist gained wide popularity for being a key part of the hip-hop group Fugees. Their second and final studio album The Score (released in 1996) became a commercially hit, selling over six million copies in the United States. It also won the Grammy Award. Hill later started her solo career which also received wide fame.

In the meantime, Rohan Marley played football in the past. He is currently the co-founder of the organic coffee business, Marley Coffee.

Is John Dating Anyone?

John isn’t in any kind of relationship at present. He has kept most part of his life behind closed doors. So, it is hard to find out about his current relationship status.

Besides, the star kid is active on Instagram under the name, “johnny.” He has over 9k followers on his Instagram as of 2020.