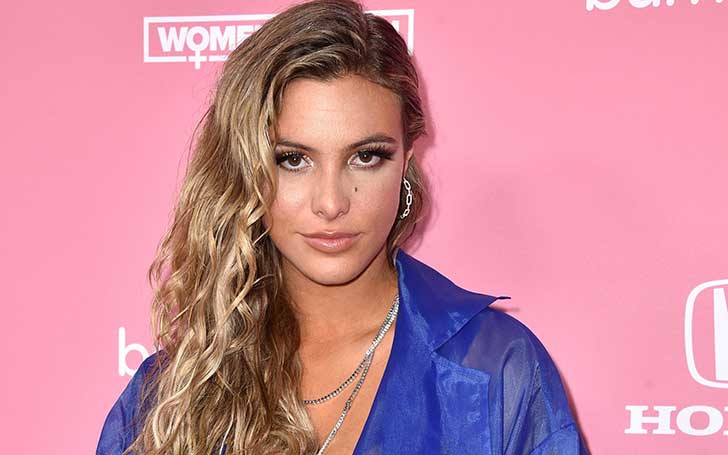 Lele Pons is an American YouTuber and Instagram model who has millions of fans in both the platforms. Many (if not all) of her fans are curious to know the relationship status of the former Vines star. So, who is Lele Pons dating in 2020?

While there are rumors that Pons is dating Dutch YouTuber Twan Kuyper, Pons state otherwise. Read the article to know about Pons’ boyfriend and relationships so far.

Lele Pons Boyfriend: She Is Not Dating Twan Kuyper

Lele Pons, the 23-year-old Venezuelan socialite, remains relatively private about her relationships. Even though Pons has long been rumored to be dating fellow YouTuber Twan Kuyper, she is believed to be single at the moment.

The rumor about their romance started swirling around the web after Pons and Kuyper started making their appearances in each other’s videos. Moreover, the pair has pretended to be girlfriend-and-boyfriend in many of their YouTube videos which fueled their romance rumor.

Meanwhile, in a video titled “Meet our Kids!!” posted on November 17, 2019, the pair joked that they share a 6-year-old twin daughter. Moreover, a couple of weeks before, they said they first met via a dating app in one of their videos.

Where on one hand Twan and Pons pretended to be a couple, on the other hand, Kuyper previously introduced another woman as his girlfriend in a separate video. In the video, Twan said the woman was his girlfriend of five years.

Meanwhile, in an interview with WIRED in October 2019, Lele Pons revealed she is single and the Dutch model is her “best friend.” Have a look at the video:

Lele Pons’ Ex-Boyfriends-She Talked about Her Relationships on Tinder

Lele Pons doesn’t talk much about her past relationships and boyfriends. However, Pons once responded to all of the queries regarding her love life from Tinder users. In a September 2019 interview with Tinder, she revealed that she has been through many relationships in the past. She added,

Meanwhile, Pons revealed that all of her previous relationships were long-distance relationships. She added that she has never had a boyfriend in the same city.

According to the sources, Lele Pons has dated a couple of men from the entertainment industry. Some of her exes include Ray Diaz, Juanpa Zurita, and King Beach.

This Would be Lele Pons’ Ideal First Date

Responding to another question, Pons talked about her ideal first date. Pons said that she would never like a date where the pair goes on dinner. Instead, she said she loves to go on adventures like going on rock climbing or scuba diving.

Meanwhile, when one asked her what she thinks is the red flag in the relationship, she said it’s all about how he treats his parents. Pons went on saying: “The way the person treats the parents is the way that he’s eventually going to be treating you.”

Many of Lele Pons fans are eager to know her relation with Latin pop singer Chayanne. And Pons revealed that the singer is her uncle by marriage. In her Q&A interview with WIRED, Pons said Chayanne is her mother’s sister’s husband. She added: “So we’re not really related by blood, but he’s my godfather and my uncle.”

As per Distractify, the YouTube star is trying to launch a singing career of her own. The outlet also reported that the Venezuelan-born star had taken opera for four years as a child.

In an interview with ET‘s Deidre Behar, Pons described her ideal boyfriend. The interview which was primarily a confrontation of Lele and Twan about their relationship with each other, Lele candidly spoke that Twan was not the kind of man she would want to date.

Pons clearly mentioned that her ideal boyfriend would look like Hugh Jackman, tough, muscular, like a gladiator.

Explaining how Twan is completely opposite of what she likes in a man she said,

He’s the opposite of what I like in a man. Just like tough men… tan, black hair, beard. Twan is like Prince Charming and I need a gladiator.