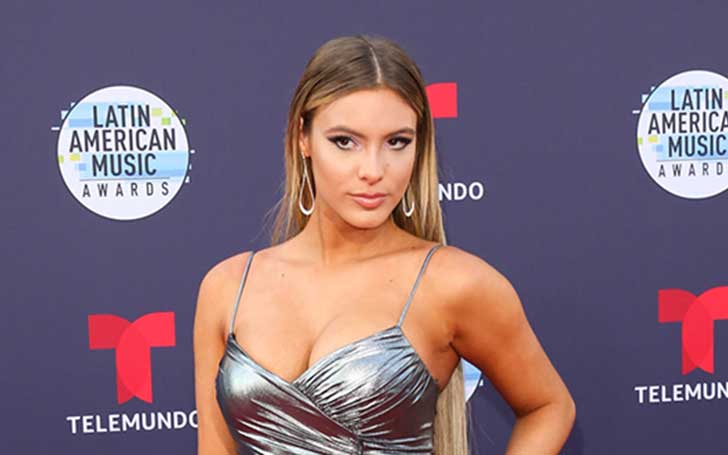 Lele Pons is a Venezuelan-American entertainer and social media star. Formerly known as a Viner, Lele Pons is a successful YouTuber, singer, and model at present.

Besides, Lele Pons has also acted in music videos, television shows, and films. She is also notable for hosting the Mexican singing reality show La Voz.

Well, in this biography, let’s learn about her career, relationships, family, boyfriend, and more.

Lele Pons was born in Caracas, Venezuela to father Luis Pons and mother Anna Maronese. She is the only child born to her parents. Pons was only five years old when she moved to the United States with her parents. The family started living in Miami, Florida where Pons went to the Miami Country Day School. 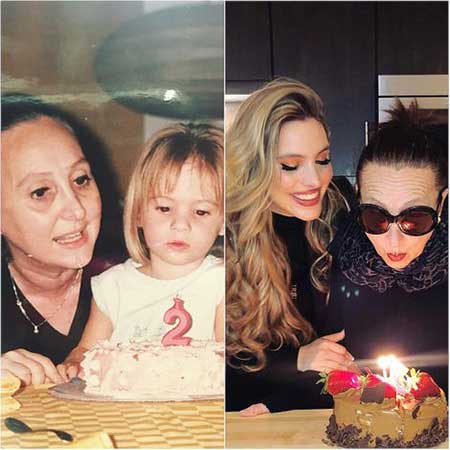 Lele Pons and her mother, the photo she uploaded on her Instagram on her mother’s birthday
Source: Instagram@lelepons

She started using Vine when she was in high school, at the age of 16. After she started gaining success as a Viner, she relocated to Los Angeles to pursue a professional career.

In an autocomplete interview with WIRED, Lele Pons revealed that her parents are Venezuelan born. However, she added that her father’s parents originally belong to Spain while her mother’s family are from Italy.

She Experienced Bullying in High School

Lele Pons wasn’t like she is now during her high school days. She even experienced bullying when she reached high school. Pons shared her experience in an interview with Teen Vogue. She said,

“I went to high school and I started getting bullied because I was very weird. I mean, freshman year I went to school in a pirate suit-I just didn’t care. I’, not like the cool girls.”

She went on saying,

“I’m the other girl. The one that’s basically a nerd, but proud of that.”

She added that her life changed after she got her first phone at 15. After that, her best friend advised her to start getting into social media.

Lele Pons’ Career-How She Rose to the Stardom?

As mentioned before, Lele Pons started her career as a Viner. She initially used the platform to showcase the creative things she had been doing. She gradually started gaining followers and later became the first “Viner” to reach one billion loops.

Pons used her internet success to launch a number of enterprises including a jewelry collection, UNO Magnetic in 2015. In 2016, she co-wrote a novel based on her high school experiences, Surviving High School. 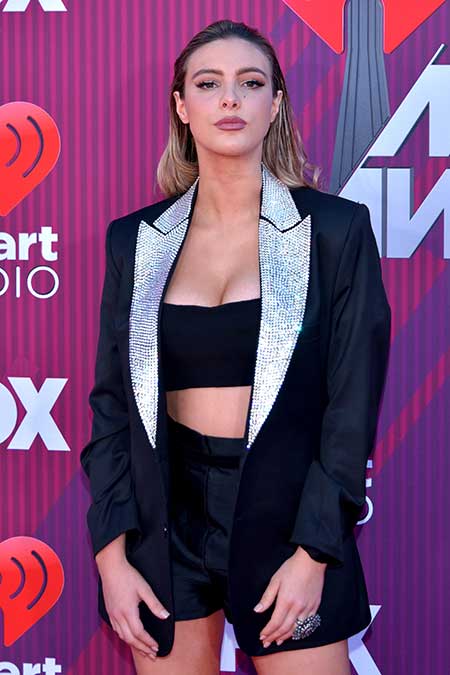 Later that year, Pons appeared as Callie in a romantic comedy for YouTube Red, We Love You. She has also worked in a few more TV series, films, and music videos. Her first film appearance was in a short My Big Fat Hispanic Family, in which she played herself.

She is also notable for her appearance as Camila Cabello‘s sister, Bella in her 2017 music video Havana and as a Dorky girl in Marshmello‘s Summer.

Lele Pons as a Singer

Besides, Lele Pons is also a singer. As a singer, her first work song was “Dicen” which was released in 2018. Later that year, Pons released another single, titled Celoso and a remix Telefono with Atlanta.

In 2019, Lele Pons collaborated with Fuego for Bloqeo.

Social media star and singer Lele Pons has a net worth of $3 million as of 2020. Pons’ YouTube channel is the major source of her income, while she also earns a handsome sum of money from Instagram and Facebook.

Besides, she has also amassed a handsome riches from her appearances in films and televisions shows while she also earns a handsome

Social media star Lele Pons is single regarding her relationship status as of 2020. She frequently shares her lifestyle to her fans, however, she remains relatively private when it comes to her relationships.

Is She Dating Twan Kuyper?

Pons frequently features Dutch model Twan Kuyper as her love interest in her YouTube videos. Moreover, the duo also admitted that they share a daughter in one of their videos, which triggered the rumor about their relationship.

The pair often goes out together and share their photos on their social media. Even more, Pons once shared a video in which she and Kuyper shared a smooch. After that, many of her fans were convinced that the pair were dating.

But, Pons nullified all those rumors in an interview with WIRED in October 2019. In the autocomplete interview, Pons said that she and the Dutch model are best friends and they have never been in a relationship.

Her Boyfriends in the Past

In a Q&A session with Tinder, Lele Pons revealed about her past relationships. Even though she didn’t share anything about her ex-boyfriends, she said that she has always been in a long-distance relationship.

In 2018 April, Lele Pons was reported to be dating actor-boyfriend Ray Diaz. The news broke after a fan page posted a since-deleted video featuring Pons and Diaz cuddling and kissing in bed. Before the video was deleted, Diaz commented he was dating Pons for around a year. But, Pons never responded to the rumor.

Previously, Pons was reported to be dating fellow YouTuber Juanpa Zurita. The couple was speculated to be dating since 2016, however, they said they were just friends. But in June 2017, they were spotted kissing at the 2017 MTV Millennial Awards.

Before that, Pons reportedly dated King Beach in 2016, however, the social media star never confirmed her relationship with him.

Lele Pons Boyfriend: Who Is She Dating In 2020? Is It Twan Kuyper?