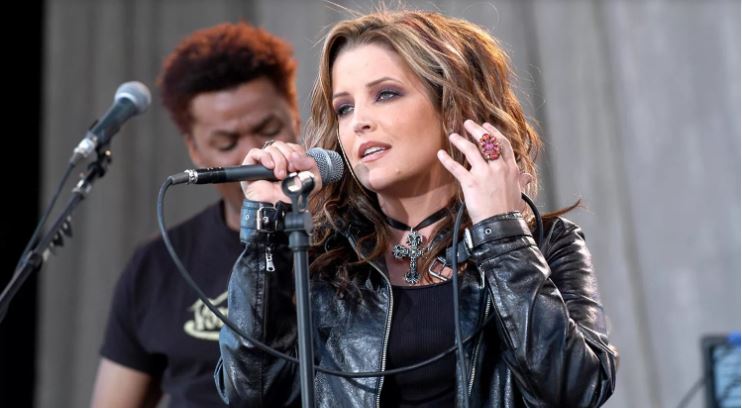 Lisa Marie Presley, a singer, songwriter, and the only daughter of Elvis Presley has died at age 54. She was also the daughter of Priscilla Presley and a humanitarian.

It was Lisa’s mother, Priscilla who confirmed the death of her daughter through her Instagram. This was after several news outlets reported the unfortunate news.

Read on to learn all the specifics regarding what happened and how it all happened. Learn which hospital Lisa was taken to, what was the reason for her death, and other recent updates.

Lisa Marie Presley Cause Of Death; What Actually Killed Her?

For now, numerous sources are claiming that Lisa died following a cardiac arrest. According to the insiders from TMZ, the Now What singer had complained of stomach pains earlier Thursday morning. It apparently had gotten more and more intense. She had been experiencing it since her attendance at the 2022 Golden Globe Awards.

However, an autopsy report or the official cause of death is still pending. Until further updates, a heart attack has been the number one speculation or assumption as the cause of Lisa’s demise. It in fact ran in her genetics as such her father, Elvis, and her paternal grandmother also both lost their lives to a heart attack at the young ages of 42 and 46 respectively.

Whatever the case, for now, her death absolutely does not have a suspicion of any foul play. Page Six has forwarded that Lisa “coded multiple times” after the cardiac arrest. The source reported that the scene had no drugs.

What Happened To Her Lisa Marie Presley Before Her Death?

Lisa had checked into the hospital on Thursday after suffering a cardiac arrest. According to TMZ, Lisa’s housekeeper found the Lights Out singer unresponsive on Thursday morning.

Emergency responders received the requests to arrive in the 5000 block of Normandy Dr in Agoura Hills, Calabasas California at 10:37 PT for a cardiac arrest. Real estate accounts show Lisa was a resident at that address.

In the meantime, the Dirty Laundry singer’s ex-husband, Danny Keough with whom she was living at the time, performed CPR until the arrival of paramedics.

The medical help reached the scene about six minutes later. The Los Angeles County Sherriff’s Department reported the EMTs performed CPR and ‘found that the Tennessee-born singer had signs of life.’ They restored her pulse and rushed her to the hospital.

Initially, Lisa’s name was kept anonymous due to privacy laws. According to paramedics, Lisa arrived at a local hospital named West Hills at 11:47 am.

After that, the doctors immediately put her on life support, in an induced coma alongside a temporary peacemaker. TMZ was the first to announce Lisa’s hospitalization after which The People Magazine gave additional confirmation.

Following that, Lisa’s mother, Priscilla announced that her daughter was rushed to the hospital.

Lisa Death And Her Family Reaction

Unfortunately about an hour after the news of Lisa’s hospitalization, Elvis’ ex-wife disclosed the news of her daughter’s death.

Announcing the tragic news, Priscilla on her Instagram wrote,

It is with a heavy heart that I must share the devastating news that my beautiful daughter Lisa Marie has left us. She was the most passionate, strong, and loving woman I have ever known.

Priscilla further requested privacy and thanked everyone for their love and prayers. She also said there would not be a comment.

The Presley family is still maintaining their silence.

Presley’s last public appearance was at the Golden Globe Awards 2023. She attended the ceremony with her actress mother, Priscilla Presley. The mother-daughter duo was there for the Baz Luhrmann film, Elvis, which is a biopic about her late father. The film actor, Austin Butler, who played Lisa’s father, Elvis won the best actor award in a Drama Film that night.

Lisa was the sole heir to her father Elvis’ estate. She also had an inheritance claim to the Grammy-winning singer’s Memphis Tennessee Graceland. Elvis’ daughter, Lisa was there days before attending the Golden Globe to celebrate her father’s birth anniversary on Jan 8. Lisa herself was 20 days away from celebrating her 55th birthday.

Lisa was the mother of the Mad Max actress Riley Keough and twin daughters Harper and Finley Lockwood. She also had a son, Benjamin, who died by suicide in 2020. Marie also has a stepbrother, Navarone Garibaldi.

Who Is Amy Arnaz? Everything To Know About Desi Arnaz Jr.’s Late Wife

What Happened To Ryan Waller? The Untold Truth About His Death