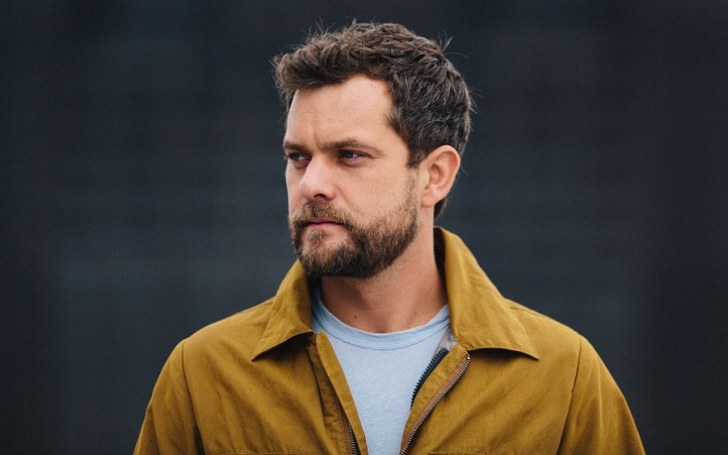 The Affair‘s star Joshua Jackson has been the hot topic on media over the past few years for his ultra-secret relationship with his girlfriend-turned-wife Jodie Turner-Smith.

The couple also wasted no time celebrating parenthood together as they welcomed their daughter in April. Besides, Jackson also dated several girlfriends in the past.

Let’s know every detail of his past relationships to his ongoing terrific romance with Jodie in this article!

People exclusively confirmed that The Affair‘s star Joshua Jackson and Jodie Turner-Smith secretly tied the knot in December 2019. An insider confirmed the couple got married.

The huge news came out a few months after Daily Mail reported the two were spotted in a Beverly Hills courthouse picking up their marriage license.

“I haven’t said to anybody, ‘Yeah, we got married,’ People are assuming whatever they want, but when people tell me ‘Congratulations,’ I say ‘Thank you”

The two are leading a pretty good relationship, handling their love life and professional life with the same efficiency.

Joshua Jackson and his then-girlfriend Jodie Turner-Smith first met at the famous singer Usher’s 40th birthday party. The event was organized at Delilah, a club located in West Hollywood. Other guests include Kendall Jenner, Kevin Hart, and Tyler Perry.

In November 2018, the two also appeared together grabbing lunch in sunny Los Angeles.

The newlyweds welcomed their first child, a daughter, Janie Jackson in April 2020. Reps for the duo told to People,

“Both mother and baby are happy and healthy”

In Jan, their pregnancy news first came out when Jodie was seen showcasing her baby bump in a form-fitting dress with Jackson in Los Angeles. On 4th April, the actress also posted displaying her bump. Her caption read,

moth·er /ˈməT͟Hər/ : a fantastic voyage that begins in wonder and transformation. >>>>> thank you @fancygomez for capturing a small piece of this portion of the journey. i will never forget how this felt and now won’t soon forget how it looked.

Due to this pandemic, at one point the couple was quite worried about their unborn child. Thankfully, things worked out and they are now spending quality time together as a family.

Jackson and ex-Girlfriend Diane Kruger Dated for a Decade

The hunky actor started dating actress and former fashion model Diane Kruger, 44, back in 2006. Back then, Kruger was freshly out of a divorce with her husband of five years Guillaume Canet, a French actor and director.

Talking about their relationship, the actress once told Conan O’Brien that Jackson didn’t really a good first impression.

“He talked about himself for an hour and a half. Nonstop”

Despite all that, the former flames subsequently hit it off. They attended several major Hollywood events throughout their relationship.

On 21st May 2012, Jackson and Kruger appeared together at the 65th Anniversary Party at the Agora held in Cannes, France.

Despite the long-term affair, their relationship inadvertently ended in 2016. The same year, Joshua reportedly linked to Gotham actress Crystal Reed. However, neither of the parties has ever confirmed their relationship with the public.

Why did their relationship end?

People first broke the news that Jackson and Kruger broke up in July 2016. Reps for the couple confirmed to the magazine,

They never revealed the reason behind their split. The celebrity couple previously also bought a house in both Paris and Vancouver. They used to live in New York too.

Following their separation, Kruger moved on with Norman Reedus. The actress also gave birth to their first daughter in November 2018.

Jackson dated actress Katie Holmes for nearly a year in 1999. They first met when they both were casts in Dawson’s Creek. Holmes played Joey, an on/off girlfriend of Pacey (portrayed by Joshua) on the project.

Their TV romance turned into a real-life but it only lasted for a year. The couple again made headlines after they met on the occasion of Dawson’s Creek‘s cast members’ reunion in April 2018.

An insider told the two are “really, really happy.” But the two never confirmed whether they rekindled their romance or not. Katie was previously married to Tom Cruise (2006-12).

As per sources, Jackson was involved in a romantic relationship with his Dawson’s Creek co-star Daniel back in 1999. The two met when the actress took the role of Eve Whiteman in the TV series 1999.

The actor, however, broke up with girlfriend Brittany after a year of their love affair in 2000.

Apparently, Jackson was also in a brief relationship with Julia Stiles in the same year.

Furthermore, Jackson previously romantically linked to actress Rosario Dawson. The two began dating in 2002. However, their romance didn’t last long as they split in the following year.

Dawson later moved on with Colin Farrell for a while.

Joshua Jackson Is Married, Who Is His Wife? Their Relationship In Details