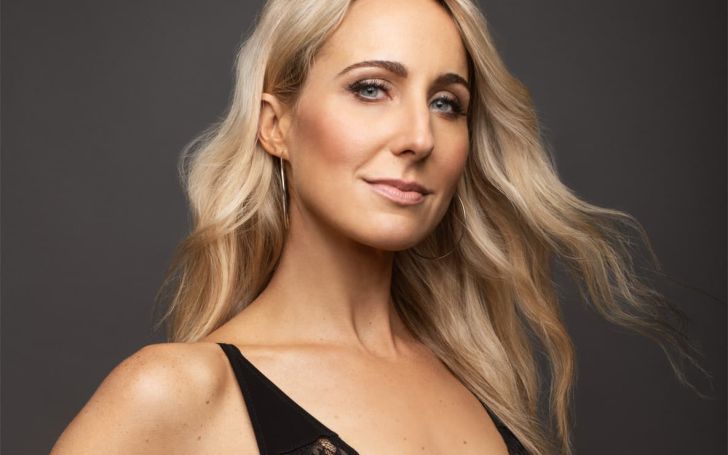 If there are any uncensored comedians out there, who know how to make people laugh and not just make an adult joke then surely it’s Nikki Glaser.

The otherwise open Nikki, however, refrains from disclosing anything regarding her relationships. She once openly dated a guy, but after a while, there was no news about the couple.

Now the big question is, is she still together with her boyfriend, or have they broken up already? Who is Nikki Glaser Boyfriend in 2021? All in all, we’re going to find out about her relationship status in 2021.

Is Nikki Glaser in a Relationship in 2021?

At this moment, it is safe to say Nikki is single. The comedian doesn’t seem to have any secretive romantic interest as of yet. Moreover, she herself stated about her relationship status.

So during her appearance at the Conan O’Brien talk show aired in March 2020, she mentioned being single. You can watch the whole segment here!

Besides, Nikki is currently busy quarantining. She recently posted a beautiful video of her dad singing at nursing homes during this time of lockdown around their residence.

So many of you DMed me yesterday to say how touched you were by my dad’s window-to-window nursing home performance. I haven’t gotten that kind of feedback on anything I’ve ever done in my career, so it kinda pissed me off tbh. But seriously, thank you for the kind words. I read them all to him since he can’t read small text without glasses and they were in the other room and I didn’t feel like going to get them. (If you missed the posts in my stories from yesterday, they are saved in my Highlights)

Although she is single at the moment, she has had a few flings in the past and let us discuss those in the section below.

Nikki was dating TV producer Chris Convy a few years back. Rumors of their relationship came when they were photographed at the premiere party of “Not Safe with Nikki Glaser” in February 2016.

Later, during an interview with The Washington Post in August of the same year, the comedian mentioned Chris as her boyfriend.

When the interviewer asked how her perception about sex changed while shooting for the show, Not Safe, she answered,

“Nothing really shocks me anymore. I can talk about it openly whenever I want. … It’s [also] taken a lot of fun out of sex for me because it’s just my job now, especially because I work with my boyfriend, [Chris Convy, co-executive producer and co-creator].”

Now the exact duration as to when did the couple started going out isn’t known, we’re guessing it is since 2013. Why? Well, it was in 2013 when they first met each other on the MTV Talks show, Nikki and Sara Live.

Nikki’s Romance with Chris Ended in 2016

Their relationship apparently ended in late 2016. She talked about her break-up in a sit-down with the Buffalo News. In the interview, Nikki clearly stated she and her boyfriend have ended their relationship.

Though she didn’t mention any names, we can assume it was Chris. They called it quits right around the time when her show, Not Safe got canceled. Talking about it, she maintained,

Despite calling it quits with Chris in 2016, it was mentioned somewhere that she had gotten back with him sometimes later. More on this later!

List of Nikki Glaser’ Boyfriend: All the Guys She Dated

Apart from Chris, she had a few flings in the past. Listed below are all of her dating conquests, officially approved the no-holds-barred comedian.

Nikki’s first love was comedian Pete Lee. The duo actually goes way back and came across when both of them were just newcomers.

Glaser said they fell in love when she was 20. She wasn’t kidding about the first love part! Initially, they came across when Nikki was doing a guest set where ironically, Pete was featuring.

Soon, they bonded and spent the weekend together which made them closer. Interestingly, Pete had a girlfriend back in New York at the same time. Their plan was that after he breaks up with his GF, she’d move to NY and they live together.

Sadly, Pete chose his partner over Nikki and their romance soon fizzled out. They didn’t talk for over a decade because of the incident.

2.) Made out with Mike Recine

In 2010, Nikki reportedly hooked up with the comedian, Mike Recine. At the time, both of them were in Atlantic City. For Glaser, it was just a one-time thing but Mike had other ideas.

During his appearance on You Up w/ Nikki Glaser podcast, he revealed how he even wanted to marry her. Sadly, Nikki was never into him and she flew off to St. Louis the next day.

The 36-year-old even divulged what Mike texted her right after their hook-up. He’d said, ‘I can still smell your hair.’ Aww, he was so romantic, isn’t he?

Nikki was once in a dating relationship with yet another comedian, Dan Soder. Their relationship was a short one and they split after a while. Afterward, Dan moved on with the TV actress, Hannah Berner.

Some times later, Nikki invited Hannah to her podcast and they talked about hooking up with the same guy in the video titled, “Comparing Notes After Hooking Up with the Same Guy.” The Trainwreck star even said how she felt jealous of Hannah after she became Dan’s girlfriend.

At the moment, Dan is in a relationship with a TV host, Katie Nolan. The couple recently confirmed their budding romance.

Nikki appeared in the 27th season of Dancing with the Stars and during her time there, she made out with Radio Personality, Bobby Bones.

Glaser herself divulged the big secret, year after secretly hooking up with Bobby. She first talked about her behind the scene conquest at The Howard Stern Show.

Furthermore, she even disclosed how every celebrity who participates in that show becomes intimate with each other.