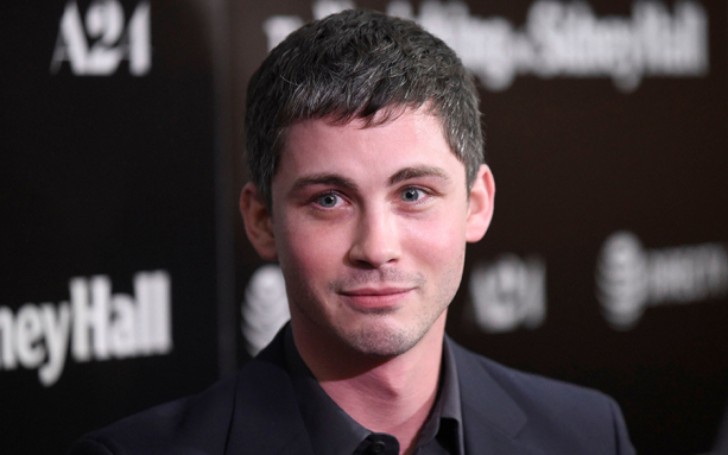 Logan Lerman has had a few high-profile relationships in the past and ever since calling off his engagement with a fellow actress, Logan suddenly disappeared from the dating scene.

However, the handsome hunk is back into the dating scene. Yes, the actor is reportedly in a new dating relationship and you’re definitely in for a surprise after you find out about his girlfriend.

Is Logan Lerman dating anyone or Is he single?

Folks, hold on to your horses as you’re in for a shock. The handsome Logan is dating and the name of his girlfriend is Analuisa Corrigan. The Percy Jackson star has been in a relationship with his girlfriend, who is a New York-based artist for a while now.

The surprising part about his current relationship status is that none of the fans had any clue whatsoever. It is not known when did they started dating, but we can assume it has been some time.

We can say their relationship is rock solid as they even moved in together. But how did we find out?

Logan quarantined with his Girlfriend amid COVID-19

We’re sure each and every one of you followed the nationwide order of staying in. Similarly, Logan also adhered to the law and stayed in with his girlfriend Ana, and their pet dog.

Lerman shared a picture on his Instagram account, showcasing how the trio is spending their time amid the global pandemic. Take a look!

Safe to say, the duo is in for a long haul. Why? We all know how big of a decision it is to move in together with someone and they have already taken it. This poses no questions about their close bond.

In August of 2020, a photo of Logan went viral in which he is seen with a new hairstyle. In the photo, The Perks of Being Wallflower is donning a medium length hair and new hair color. Yes, the actor is now a sexy silver fox as his black hair has a little touch of silver. See for yourself!

As soon as the picture surfaced on the internet, it went viral. One of the fans even tweeted, “gray hair logan lerman is the only thing that exists in my brain now.”

The photo was originally posted by his lover Ana on her Instagram story.

Me, last month, giving 8 lbs of clay a blow out

Talking about her education, she graduated with a BFA in Communication Designs from Parsons, The New School of Design.

In addition to her degree, the artist studied Graphic Designing at Santa Barbara City College. At the moment, Analuisa works as a Freelance Graphic Designer at Hello Alfred.

Besides, Ana is the only child of parents, Edward Joseph Corrigan and Monica Agami. Growing up, her dad used to call her by the name, ‘Chilis,’

Back in Feb 2017, she shared a picture of her dad wherein he had tattoed a photo of chilly in his left forearm, showcasing his affection towards Ana. They truly had a great bond.

Unfortunately, her beloved father passed away in 2014. Since his passing, she often pays tribute to her dad on occasions like Father’s Day. She generally shares pictures of her dad on Instagram with heartfelt captions.

One time she added a picture of a handwritten note on her Instagram that her father wrote many years ago. The note read,

“After my dad passed i found these notes, along with others, amongst his stuff. He loved chilis (me) and I loved him. Go hug, kiss, call, text, write notes to, be with and love your dad today if you can.”

Prior to his tragic demise, Ana’s dad used to work as a Technical Director at Alvin Ailey American Dance Theater.

Logan was once in a high-profile relationship with Percy Jackson’s co-star, Alexandra Daddario. Early reports suggest the former flames started dating after meeting on the set of the movie.

After the first film wrapped up, Logan and Alexandra used to hang out a lot, giving rise to the rumors that they are definitely dating.

Moreover, they were often spotted going out on a lunch or dinner date.

The duo remained on-off for several years before Logan decided to propose to her. Subsequently, they got engaged in 2016 but due to undisclosed reasons, they called it off.

In the year 2006, when Logan was just an up and coming star, he was rumoredly dated, Frances Bean Cobain. The then-teenager went out with Kurt Cobain’s only daughter for a year.

Though both Logan and Frances never mentioned about their relationship, tabloids exclusively confirmed they were an item.

Who is Logan Lerman? About his Parents, Siblings, Education and more