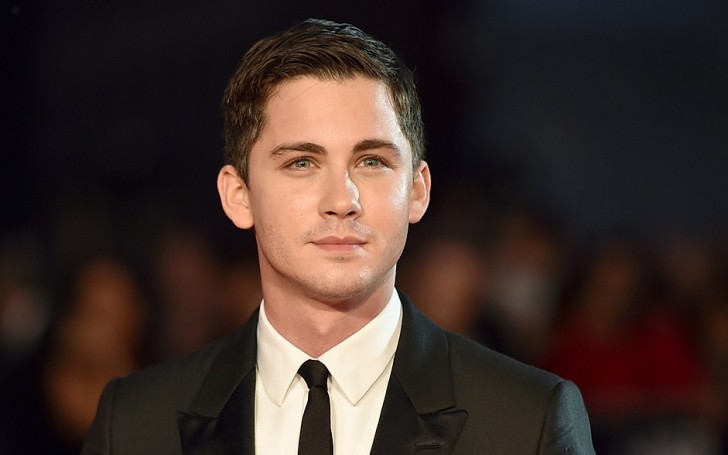 Logan Lerman is famous among fans for appearing in the Percy Jackson movies as the lead, Percy Jackson. Besides, he recently played a Nazi hunter, in the series, Hunters.

Find out about how he decided to become an actor along with his family life, religion, and net worth.

Both of Logan’s parents come from a Jewish ethnicity. His father, Larry, born Lawrence David Lerman, currently runs the company, Lerman and Son with his father, Max. The company specializes in Orthotics & prosthetics services.

Logan’s ethnicity consists of Polish, Lithuanian, and German Jews. Being a Jew, Logan celebrated his Bar Mitzvah at the Temple Beth Am.

Logan Has Two Older Siblings and One Step Sister

The Percy Jackson star has two siblings, a sister, Lindsey, and a brother, Lucas. Unlike Logan who couldn’t continue his education, both of them went to college. Speaking of which, the 28-year-old Logan studied at Beverly Hills High School. He also enrolled in New York University to study creative writing but his acting commitment led to the postponement of his attendance.

Besides, his sis, Lindsey is a writer and wants to write for films in the future. In addition, she started running a jewelry line after leaving school.

He also has a step-sister, Laura Silver from his dad’s previous relationship with his step-mom, Marilyn Silver.

Logan shares a close relationship with both of them. He often appears with his step-sibling and step-mom in various events.

During the Nazi regime in Germany, Logan’s paternal great-grandfather, Jacob Lerman fled the country with his family. Until World War II subsided, the Polish-Jew family settled in Shangai, China.

Logan’s grandfather, Max Lerman then along with Jacob moved to the United States in 1948. The Lerman family relocated to Los Angeles via San Francisco and finally settled in Beverly Hills, California.

On the other hand, Logan’s paternal grandparents were Jewish as well. His grandpa was a Polish Jewish who immigrated to the States and married a California-born Jewish, his grandmother.

Logan Lerman comes from a family that runs and operates a big business. It is natural his upbringing was quite affluent. As of now, Logan’s net worth stands at $8 million.

He earned all of his wealth by appearing in movies and TV shows. So far, he is famous across the world for his role as Percy Jackson. Moreover, he recently appeared as one of the Nazi Hunter in the Netflix show, Hunters alongside Al Pacino.

Logan is in a relationship with Analuisa Corrigan. Though the exact date as to when they started dating isn’t know, the love birds have already moved in together.

His girlfriend Analuisa is a New York-based artist who generally deals in the art that involved ceramic.

Previously, Logan has had a few relationships. His most affair was with actress Alexandra Daddario. The couple dated on and off for a long time. There were even reports the couple even got engaged back in 2016.

His other affairs include Frances Bean Cobain whom he dated from 2006 to 2007.

Logan Lerman Girlfriend in 2022: All The Relationships He Cherished