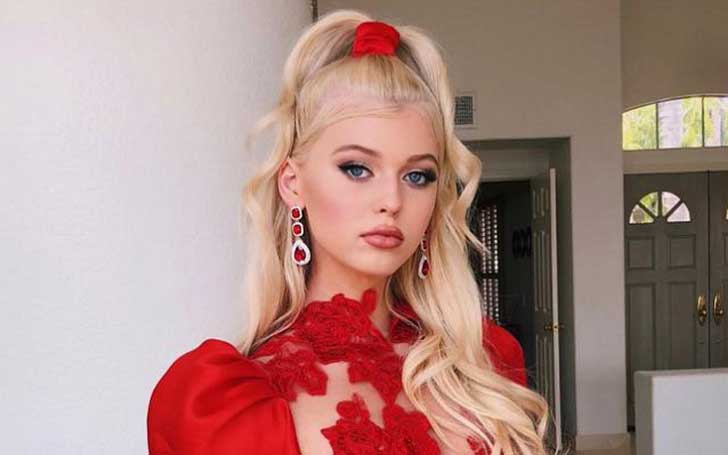 American singer and social media star Loren Gray achieved huge success at a tender age. Gray has always showcased her lifestyle on her social media but what about her dating life?

The social media star was reportedly in a romantic relationship with YouTuber-boyfriend Ian Jeffrey. However, they seem to be no more together. In fact, there are speculations that Gray has moved on to dating 21 years old singer Hrvy.

Here is the truth about her love life. All about her past and present affairs.

Who is Loren Gray Dating? Her Boyfriend in 2020

The 18-year-old My Story singer Gray is not dating anyone as of 2020. Even though the social media star has remained mum regarding her current relationship status, many online sources report her to be single.

Where Loren Gray’s career has seen constant growth over the last couple of years, she has faced several ups and downs regarding her relationships. Gray has dated a handful of men ever since she came into the limelight.

Loren Gray and Hrvy: Did they Date?

During mid-2019, Hrvy and Loren Gray made a huge buzz after they were spotted enjoying together frequently. Their dating rumor sparked after the alleged-lovebirds shared their photo on social media in September 2019.

Back then, the pair shared the photos (selfies) they took during their shopping trip. Gray shared a couple of snaps from their trips writing “couldn’t pick one” in the caption. Hrvy reposted one of the photos a couple of days later on his Instagram.

After the post, many of their fans speculate they were going out. Some of their fans even asked her to open her mouth on the possible relationship on comments. However, none of them responded to their fans’ curiosity.

Since Loren and Hrvy have not addressed the rumors, it is safe to say that they are not dating.

Who was Loren Gray’s First Boyfriend?

Well, Loren hasn’t revealed who her first boyfriend was, however, her first known relationship after she rose to prominence was with Joey Kisluk.

The teen-lovers started dating in 2015 and they quickly became fans’ favorite. The young couple was pretty open about their relationship with their fans unlike other celebrity couples, which might be the reason fans were always into their relationship.

Loren And Joey Broke Up Within a Year: What was the Cause?

Loren and her then-boyfriend Joey dated for nearly one year before they broke up. Some online sources reported they split in June 2016 after less than a year of romance. Kisluk announced their separation through a tweet.

After their split, the ex-lovebirds deleted all of their post from their joint Instagram account. Meanwhile, the singer was affected so badly that she decided to take a break from social media.

Following her breakup with Kisluk, Loren spent a few months being single. Later, she recovered well from the split and in September 2016, Gray and social media star, Juwany Roman confirmed they were dating.

Here is a video that shows Loren Gray and Juwany Roman’s some romantic moments together. Have a look:

Just a few days before, Gray had denied dating Roman, also known as Flamingeos. They even went to Puerto Rico for a vacation. But, just a couple of months later in November 2016, they announced they were not together anymore.

Both the ex-lovebirds took to their Twitter to announce their split.

In 2018, Loren Gray-met Ian Jeffrey, younger brother of internet star James Charles. They hit it off on their first meeting and started seeing each other shortly later. As per some online sources, Jeffrey confirmed his relationship with Gray on Instagram.

Gray and Jeffrey dated for around 5-6 months. During the time, they were frequently spotted together in public places. The couple, however, kept their relationship relatively private from the media. 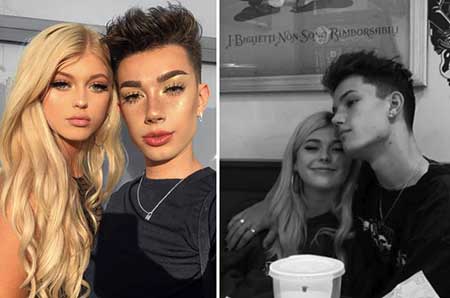 In March 2019, Loren Gray announced her break up with her then-boyfriend Jeffrey. She took to her Twitter to announce the separation. Her tweet read:

ian and i are no longer together. i’m still always here for him as a friend and we are better that way. thank u<3