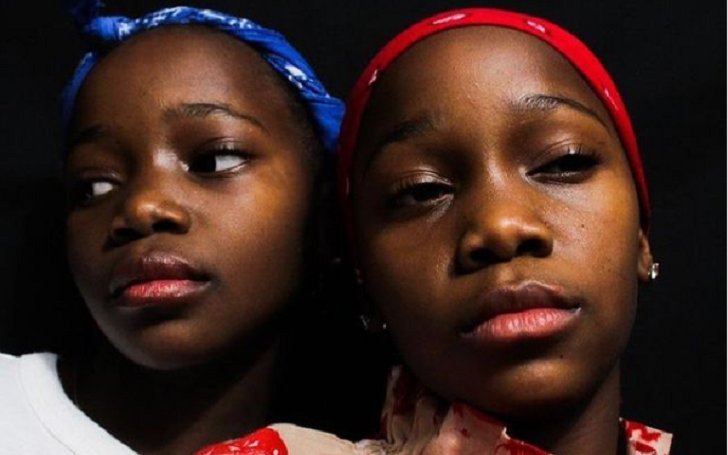 If you are into music, then you are probably familiar with the pop princess Madonna. The Grammy-winning artist who is referred to as the “Queen of Pop” has sold over 300 million records worldwide, making her one of the best-selling female recording artists of all time.

When it comes to her personal life, Madonna is a proud mom of six children; including four adoptive kids. Today, we are going to talk about one of her adoptive daughters, Stelle Ciccone who also has a twin sister, Estere Ciccone. In the meantime, who are Stelle Ciccone’s biological parents?

Let’s find out the untold truth of her life from living a childhood as an orphan to an affluent upbringing with her adoptive mother, Madonna.

Who Are Stelle Ciccone Natural Parents? Her Biological Mother Died Shortly After Her Birth

Stelle is the daughter of Adam Mwale, a farmer in a village Kayembe, and Patricia. Tragically, her mother passed away a few days after her birth due to severe bleeding. She also has a twin sister named Estere Ciccone. Stelle and her twin sister Estere were born in the African nation of Malawi.

The twin sisters were later reportedly taken to an orphanage by their father Mwale. He used to visit them on a regular basis. He told in an exclusive interview with Daily Mail,

“I used to cycle there down a dirt road, taking two hours each way. I brought little dresses and gifts for them and they would sit on my lap, one twin on either side, and laugh and play with me. They call me Ababa [Daddy in the Malawi language Chechewa] and when they came home for holidays to the village, they loved to be with their brother and sisters.”

Has Six Biological Siblings Including a Twin Sister

Stelle Ciccone’s twin sister, Estere was also adopted by the “Queen of Pop,” Madonna Louise Ciccone. Stelle has five other siblings from her parents who are aged between ten and twenty-four in 2021.

Relationship With Her Siblings

All of them are super close to each other and often share each other’s adorable photos on their social media handles.

How Old is Stelle Ciccone? Her Birth Place and Early Life at Home of Hope Orphanage

Ciccone was born in August 2012, in Malawi, Africa. As for her birthday, she was born on August 25, 2012. Her mother, Madonna took to Instagram on 24th August 2021, to wish her daughters on their ninth birthday. “Happy Birthday Stella and Estere!!!!,” said the proud mother in the caption. Here is the post:

Her age is 9 years old as of early 2022. She spent her first four years of childhood at Home of Hope orphanage, outside the Malawian capital Lilongwe after her mommy’s death at the hospital while delivering the twins.

Born in Malawi, Ciccone belongs to American nationality and is of African ethnicity.

The renowned singer adopted Stelle and her twin sister from Malawi at the beginning of 2017. Her adoption process became final on February 8, 2017. Within hours of the agreement with the court, Madonna moved along with both of them to New York.

According to the court’s approval, the adoption was set to make permanent after 12 months. The biological father of twins, Adam first knew that the pop star’s interest in his little girls in May 2016.

Mr. Adam told in an interview with Daily Mail that he thought his daughters would be coming back to his village from abroad after getting a proper education. And, he believed their move to the United States was temporary. He said,

“I was told from the start that Esther and Stella were going to a rich woman’s home abroad, that she would give them a good education, then return them to me, to live with me and help all of my family.”

The farmer from the remote village Kayembe added,

“Now you are telling me the adoption is permanent. That cannot be true – I don’t want it to be true. I am their father and I will always be their father.”

Furthermore, Mwale claimed everyone had initially told him that Madonna would foster his twins but no one gave a single hint that Stella and her sister were taken away from him permanently.

Mwale further told the outlet that a man who was appointed as the court-guardian of the kids also deceived him telling the judge that he went on to marry a new woman following the demise of his first wife Patricia without making any arrangement for his children.

However, Mwale said it was far from the truth. He said,

“It was me who took the girls to the orphanage after Patricia died. We had been happily married for many years.”

“We had a good family life,” Mwale concluded.

After two years of Patricia’s death, Stelle’s father, Adam Mwale remarried, however, the name of his second wife is not made public as of yet. Sources say the highly secret couple is still leading a happy matrimonial relationship.

As of 2022, the man with no formal education is a farmer in his native village, Kayembe.

Stelle and Estere are Ardent Supporters of Raising Malawi

Despite being just kids, Stelle and her twin sister already have a passion for humanity. They support Raising Malawi, a non-profit organization that helps orphans and vulnerable children in Malawi providing proper health care, good education, and other support. Madonna founded the charity organization along with Michael Berg in 2006.

On the other hand, the singer also started the Mercy James Institute for Pediatric Surgery and Intensive Care in Malawi, a children’s hospital.

Stelle is active on social media. She has a joint Instagram account along with her twin sister Estere named Estere & Stella @madonna. It has over 7k followers as of 2022.