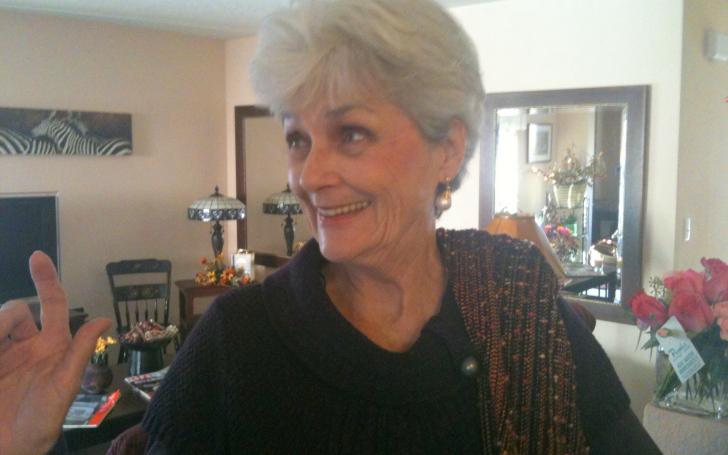 Many of you might not have heard the name, Marge Cooney. Well, it’s not surprising to hear as the first wife of TV personality Phil Donahue. The former couple was married for over a decade and became parents to five wonderful kids.

Upon separating, both of them started a new life with new people. While Phil still remains in the media spotlight, his ex-wife Marge is completely out of the picture.

Many tabloids suggest she is dead without proper evidence. Today let’s find out about her whereabouts and also take a look at her marriage life with ex-hubby Phil.

Marge Cooney and Phil Donahue: Details on their wedding

After about a year of their engagement, Margie and Phil officially became one. They wedded on February 1st, 1958, in one of the oldest cathedrals on the US, San Felipe de Neri, New Mexico. It was a Solemn High Nuptial Mass, meaning there were three priests.

The ceremony in itself was relatively small with only a few of their friends and family in attendance.

Marge was first introduced to Phil by her brother

The former flames first met each other while studying at the University of Notre Dame. During his college days, Phil was quite into theatres. And by the virtue of theatre, he came across a man named Jim Cooney. Quickly, the two of them became close friends.

Around the same time, Jim introduced his sister Margaret Marge Cooney, a former Marquette University student, to the handsome Phil. While recalling the moment he first laid eyes on her, he described her as a tall, attractive girl who looked sexy in an overcoat buttoned up around her neck.

Soon the duo began dating, however, their relationship wasn’t serious at first. Their real relationship didn’t star until one day she quit school and moved to Chicago, while Phil was in his senior year. Back then, she had gotten a job at Price Waterhouse in the Prudential Building and the Loop.

From their union that lasted over a decade, Margaret and Phil welcomed five kids, two of whom were born in the first year.

The TV show host was desperate to have kids. This is why he and his wife tried for children, a few months into their marriage. However, for the first few months, they didn’t have any luck. Thankfully, after months of trying Marge became pregnant with their first child.

They welcomed their first son Michael Donahue on January 30, 1959. He was born prematurely. Besides, Michael has been married to Martha Reed von Gal.

In the same year of 1959, Marge gave birth to their second child, Kevin Donahue on 9th December 1959.

Subsequently, in a matter of three years, Marge gave birth to two more sons Daniel Donahue and James Patrick, born 1963. After welcoming four sons, the couple became parents to their one and only daughter, Mary Rose Donahue in 1965.

Unfortunately, Marge’s youngest son, James ‘Jim’ died at the age of 51 in 2014. He used to live in Hawaii and practiced law.

Marge and Phil separated in 1973, reconciled, and divorced

In the summer of 1973, the pair decided to go their separate ways. Consequently, Marge moved back to her hometown of Albuquerque with her two kids and rented an apartment there. The other three children were left in Phil’s care.

They remained separated for ten-months before getting back together. Cooney and Phil did it for the sake of their five kids. Nevertheless, things didn’t go well and after four-months of reconciliation, they separated for good.

In 1975, divorce between the two finalized and Phil got the sole custody of his four sons while their daughter Mary was left in the care of her mother.

Marge and Phil both later remarried

After divorcing the Phil Donahue show star, Margie married again and soon moved back to her native, New Mexico. She had completely disappeared from the public. The only time public was able to see her is when Phil added a family picture with Marge and their five kids in his book, Phil Donahue, My Own Story (1980).

After separation from Cooney, Phill exchanged vows with Marlo Thomas on May 21st, 1980. The pair do not share any children, even so, she became the step-mom of Phil’s five kids, now four.

In the year 2020, on the occasion of their 40th wedding anniversary, Phil and Marlo released a book titled, What Makes a Marriage Last.

Where is Marge Cooney these days? Is she dead or alive?

Well, there are varied reports regarding Marge’s current whereabouts. Numerous tabloids claim Cooney passed away in 2018, however, the information that they have written about is of a different woman who happened to have the same name as Margie.

Now talking about her actual whereabouts, well, it is still a mystery. She did move back to her native place of Albuquerque, New Mexico upon divorcing Phil, and since then, she has kept a low profile.

Despite all that, Marge is alive and well. She is not dead as many outlets suggest. She is currently 82-years-old and lives a peaceful life.

How much is Marge Cooney’s net worth?

There is no record of Marge’s professional life which makes it quite difficult to find out about her total fortune. Nonetheless, she must’ve gotten a terrific amount of divorce alimony from her famous spouse, who in the 70s, was earning upwards of $15,000 a year.