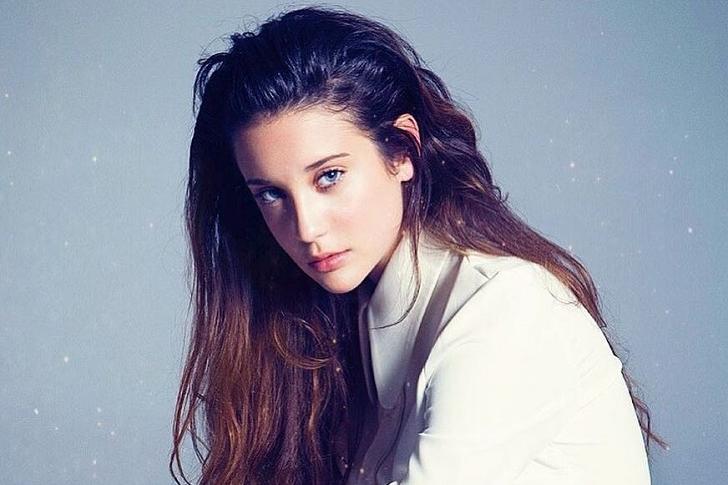 The Spanish actress Maria Pedraza is better known to international viewers for her endearing character of Alison Parker in the critically-acclaimed Netflix crime drama Money Heist.

Maria’s ex-boyfriend Jaime Lorente is also the Money Heist actor. The former celebrity couple was together for a couple of years. But, after their breakup, who is Maria Pedraza dating? In this article, we will try to explore everything about the budding Spanish actress!

Who is Maria Pedraza Boyfriend in 2021?

Besides, talking about Maria Pedraza’s boyfriend Juanjo, the 28-year-old is also an actor. He is mostly known for his work in Crystal Girls, Toy Boy, and ByAnaMilán.

In the past, Pedraza was in a relationship with her former beau Jamie. The two first met during the shooting of Money Heist in 2017. But the two didn’t start dating until the mid of 2018.

The duo was an avid traveler and appeared together in several beautiful places around the world. On 10th July 2019, Maria posted a picture from their trip to Milan on Insta.

On July 30th of that year, the actress also Instagrammed a childhood photo of her boyfriend Jaime. She captioned it ‘This is my crush’

Maria and Her Beau Jaime Played Lovers in ‘Elite’

Similarly, the celebrity couple played each other’s love interest in the acclaimed Netflix high school drama series Elite in 2018. At the time, Pedraza and Lorente enjoyed their romance inside and outside of the camera.

Nonetheless, their on-screen steamy romance ended after Maria’s character Marina was killed in the third season.

Additionally, the two also worked together in a drama film ¿A quién te llevarías a una isla desierta? (Who Would You Take to a Deserted Island?) in 2019.

The same year, Maria worked in the drama Toy Boy.

They Both Are Cat Lover

Maria and Jaime both have a great attachment to animals, especially with cats and dogs. She is the mother of her two cats named Chambi and Garfi.

Pedraza’s felines have their own Instagram account with 24k followers as of 2021. Her beau Jaime also called his cat Chambi.

Furthermore, the actress also has a dog named Eeeella.

Who is Maria Pedraza? Her Early Life and Bio

Pedraza was born in Spain’s central capital Madrid on 26th Jan 1996. She grew up in her hometown in Madrid along with her family. However, the details of her parents are yet to be disclosed.

Maria has an older sister, Celia Pedraza. The two are pretty much close to each other. She frequently shares a beautiful snap with her sister on her social media. On 4rth June 2019, the actress posted a childhood memory with Celia.

Is a The Royal Conservatory of Dance Mariemma Graduate

Pedraza developed a strong passion for dancing from an early age. She even considers dance as her ‘old friend’, revealed in an interview with the Aristocracy.

This is why, Pedraza went on to enroll at The Royal Conservatory of Dance Maremma, in Madrid to further enhance her dancing skills.

María Pedraza Got Her First Acting Gig Through Instagram

Social media is one of the best networks to find promising talents. On the same token, Maria herself was recruited by filmmaker Esteban Crespo via social media. He reportedly came across the actress on Instagram.

Crespo offered Pedraza a lead role in his debut film AMAR. She appeared in the film along with her former boyfriend Pol Monen. The couple dated for a year from 2017-18.

Other Film and TV Roles: Portrayed Schoolgirl in ‘Money Heist’

Maria Pedraza made her major breakthrough playing the daughter of the British ambassador (Alison Parker) in the hit crime drama series Money Heist. She shared the screen along with her then-partner Jaime and many other famed actors like Ursula Corbero and Alvaro Morte on the show.

Maria Pedraza Is a Model

The Versatile entertainer Maria Pedraza also worked as a model for many reputed editorials including Vogue Spain. In 2019, she also graced the cover of Cosmo.

Is a Health Freak

Maria has an exceptional athlete-like physique. To maintain such a healthy figure, the promising actress practices yoga regularly and does many fitness exercises. She also focuses on a balanced diet that provides nutrition for the body.

From her social media handle, Maria motivates her fans to work out more and adopt a healthy lifestyle.

As of 2021, her total net worth is $250,000. The major portion of her fortune predominantly comes through her work in movies and TV shows. She also earns a lot of money through her Instagram.