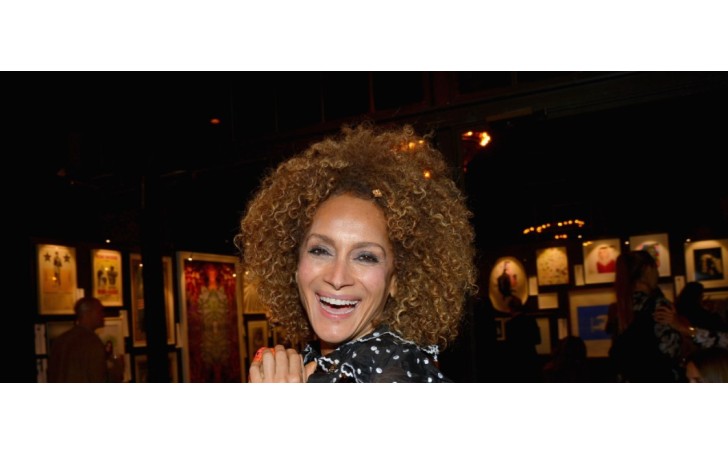 Marita Stavrou is famous amongst the NBA fanatics as former Basketball player Reggie Miller‘s ex-wife. The former pair’s relationship went on for around a decade before they decided to split.

Their divorce was pretty far from normal as it became messy later on. Although Reggie shelled out a hefty portion of his income in the divorce settlement, Marita accused him of hiding a lot of his fortune, so did he really?

In this article here today, we’re going to find out about their divorce in addition to some interesting facts about Marita Stavrou. We will discuss her early life, parents, and know what is she doing nowadays?

Marita spent her early childhood in Chicago. She also finished her formal education there.

Does Marita have siblings?

Yes, Reggie Miller’s ex-wife has a couple of siblings. After a lot of careful research, we found out she has three siblings, two sisters, and one brother. Her sister’s name is Sarah and Andreniki, while her brother’s name is Paul Stavrou Jr.

All four of the Stavrou siblings are incredibly close to each other, especially sisters. Going by their Facebook account, Marita and her sisters are often spotted hanging out together.

Safe to say, the Stavrous are a happy bunch who know the value of family.

She came into the prying eyes of all the national tabloids after she started dating NBA Hall of Famer, Reggie. At the time when they started dating, i.e., in 1990, Miller was at the peak of his career.

After dating for a year or two, they exchanged vows on August 29, 1992. Not much is known about their nuptials, however, one thing is for certain, being one of the top paid players of that time, it might have been a big event.

How and when did Marita and Reggie meet?

Most of the time, athletes meet their future wives or girlfriend through a mutual friend. It is because they don’t have any time to go out and find the right person.

Likewise, Marita and Reggie were introduced to each other by another NBA legend and Hall of Famer, Magic Johnson. Both of them were attending a path a benefit dinner in Los Angeles when Magin played cupid for the two.

Before meeting her, Reggie had decided on getting married after retiring from the game. However, it all changed when he started dating Stavrou. From the get-go, he knew he is going to marry her and he did indeed.

When it comes to celebrity divorces, there are only a handful of instances when it happens amicably. The majority of the time there’s a messy fight between both of the parties. From calling out to each other to revealing some dark truth about their relationship, everything goes.

Similarly, Reggie and Marita’s divorce was in the same boat. It was Reggie who first took the action and filed for separation in August of 2000. He separated from Marita, a couple of days before signing a $36 million deal with the Pacers.

One insider stated, at the time, “I’m guessing he probably wasn’t all that happy in the marriage and he thought, ‘Well if it’s going down the tubes, I’ll file now, that way she won’t get any more of my money.”

As for why he filed for separation, numerous tabloids claimed at the time, Miller filed for divorce after his Indiana house, which he shared with Marita, was burned down due to an arson incident. Many reports claimed Miller thinks it was his wife who let the house on fire, but to this day she was never charged with arson.

The Messy Divorce between Marita Stavrou and Reggie

The separation between them wasn’t the end of the story. Before marrying, Reggie had Marita sign a prenup, which she signed without hesitation back then.

When the divorce was filed, Reggie paid up what was owed to her according to the prenup, $5 million. Nevertheless, Marita wasn’t satisfied with the verdict.

After receiving the amount, she accused Reggie of stashing away his huge sums of money by lending it to his friends which directly reduced the divorce settlement.

Marita asked for $18,000 a month of spousal support. When Miller’s lawyer Buck Berry asked what is she going to do with $18k a month, she replied she gonna pay her New York apartment’s rent with it.

Regardless of how everything was laid bare when Marita called Reggie out for hiding away his money, both the parties settled out secretly.

Marita and Reggie’s marriage was doomed from the beginning

It might shock many of ya’ll but it’s the truth. Yes, the couple’s marriage was already showing cracks right when it began. We first know about their marital life by Reggie himself when in a 1994 interview he revealed his wife was quite bored on their first night at Indianapolis.

Around the time when the interview was conducted, Marita had already moved to Los Angeles to pursue an acting career. During the divorce proceedings, while talking about Stavrou’s move to LA, Miller’s lawyer said the NBA star felt neglected by his wife. Further, the lawyer also added she rarely ever came home and used to roam all across Europe, LA, and NY.

Truth be told, a marriage in which the couple isn’t spending time together as much as possible is definitely doomed.

Nevertheless, Marita here never allowed anything to get in between her and her career. As we mentioned above, she didn’t even hesitate to move to another state just to further her career.

Back in 2001, a close friend of hers said, “She’s a very, very bright, articulate person. I think she’s done a good job of finding her own identity, rather than just being the wife of Reggie Miller.”

And rightfully so. Despite the fact that a lot of people still recognize her as Reggie’s ex-wife, there are a number of people who know her from her acting career.

Speaking of which, she has featured in many advertisements and a handful of movies including Dinner Rush, Strictly Business, and Family Matters.

What is Marita Stavrou doing nowadays?

As of now, she is living a pretty quiet life. After all the dispute during the divorce settlement with Reggie, she has barely come out in the open. That being said, we have spotted her a handful of times here and there.

Besides, she also operates Marita Stavrou Inc, a lifestyle company based in Miami, Florida. According to the company’s website, “they are dedicated to creating stunning and commercial spaces that blend elegance and sophistication.”

Aside from her work, she is also a philanthropist. She loves empowering women, not just in the United States but all across the world. She once collaborated with BBALP-Bisila Bokoko African Literacy Project to design libraries in Africa.

Previously, she was the director for South Beach Atrium Condominium Association, Inc.

It looks like Marita has not married anyone after her split with Miller. She lives a rather low-key life which makes it all the more difficult to dig into her personal life.

On the other hand, Reggie is currently in a long-term relationship with Laura Laskowski. The lovebirds, who like to keep their relationship under wraps, are blessed with two kids.

Their elder child, a boy named Ryker came into the world in September 2013. Their second child, a daughter Lennox was born in May of 2016.

Besides, Marita was previously in a relationship with record executive and entrepreneur Russell Simmons.

How much is Marita Stavrou net worth?

As of now, Marita’s net worth is estimated to be $10 million. She received $5 million through her divorce settlement with Reggie.

After she got the money, she didn’t splurge it all out. Instead, she invested all of it and as of now, she has a sizeable amount of fortune. She is a socialite along with being an entrepreneur.

On the contrary, her ex-husband Reggie has a staggering net worth of $80 million.