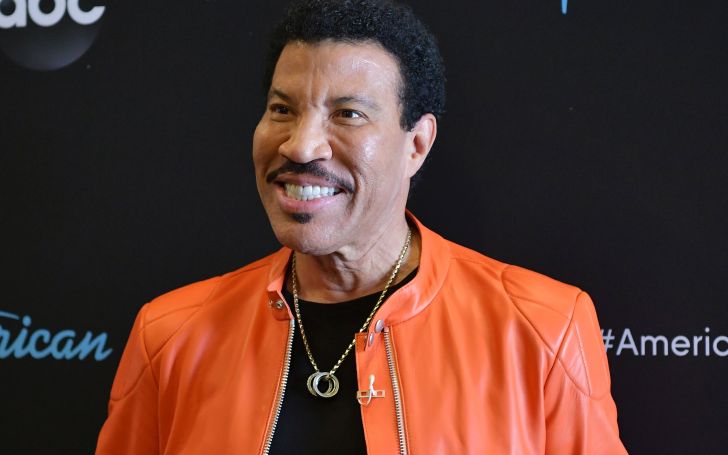 Multiple-award winning singer Lionel Richie has had a troubled marital life. His first wife filed for divorce due to his infidelity whereas second marriage ended due to irreconcilable differences. Despite his failed relationships, the father of three kids is in a happy place right now with a new relationship.

Many of you already know about all this, however, there are certain aspects of his personal life that you should know. Today we’re going to tell you all you need to know about his past marriages, children, and dating history. Starting from his first relationship to his current one.

About Lionel Richie and first wife, Brenda Harvey-Richie: Their Relationship

Lionel tied the knot with his first wife, Brenda Harvey-Richie on October 18, 1975. It was a small wedding ceremony with only the closest friends and family in attendance.

Now talking about how the duo first met, they came across while studying at the same high school. We can say Richie and Brenda shared a deep love & affection since they started dating.

But things weren’t always perfect. Their relationship was tested after Lionel went on a tour with his former band, the Commodores. With hardly any communication between them, their sweet love story was on the verge of end. Nonetheless, things turned out better after Lionel came back from his tour and subsequently, proposed his then-girlfriend and soon-to-be wife.

Lionel and Brenda adopted one daughter

Several years into their conjugal life and Lionel and Brenda were yet to welcome any kids. Then, a couple asked them to take care of their 3-year-old daughter, Nicole. So about a decade after their wedding, came Nicole Richie (previously Escovedo) came into their life.

She was the biological daughter of Peter Michael Escovedo, one of the members of Richie’s band, and Karen Moss. Nicole’s mom and dad were facing trouble both personally and financially and that’s why they decided to leave her care in the hands of the Richies.

During an interview with Piers Morgan, Lionel told,

“It took about maybe a year for me to just fall in love [with Nicole]. Of course, by that time, I was ‘Dad’… that’s when I said, ‘Let’s adopt her.”

Lionel and Brenda officially adopted Nicole when she turned 9. Their daughter carved her own path in the entertainment industry. She is most famous for starring in the reality show, The Simple Life. Her close friend, Paris Hilton also appeared in the movie.

Nicole is happily married and shares two kids, Harlow and Sparrow with her husband Joel Madden.

Brenda Harvey divorced Lionel after he cheated on her

It was in the late 1980s when Brenda and Lionel’s relationship took a drastic downfall. In 1988, she found Lionel and his mistress Diane Alexander in the latter’s apartment in Beverly Hills. On June 29th, at around 2 a.m. Brenda entered the room saying she came for room service. She caught Lionel and Diane red-handed.

Subsequently, she started bashing Lionel, and even drop kicked him in the gut. Soon, Richie left the apartment while Brenda started beating the then 22-year-old Diane. A neighbor told PEOPLE Magazine at the time,

“Lionel was there, and it was obvious that his wife had just found him with Diane. His wife was really, really mad. Glass broke and furniture crashed around inside. It sounded like she was killing someone. It wasn’t very civilized.”

Later on, Brenda was charged for injuring a spouse, resisting arrest, vandalism, and domestic violence. Their marriage had initially begun to fall after Lionel first came across Diane, his second wife. For the past couple of years before the big incident, he used to sneak into Diane’s apartment from the back door.

Afterward, on August 9, 1993, Lionel and Brenda officially got divorced after spending 18-years as a married couple.

Lionel married his second wife Diane Alexander in 1995: Shares two kids with her

After finalizing the divorce with his first wife, Richie exchanged vows with his mistress, Diane. They wed on December 21st, 1996.

Initially, the two became acquaintances during the 1984 Olympics in Los Angeles. While Richie sang at the ceremony, Diane was one of the dancers performing at the song. In addition, she also appeared in the video of Richie’s hit song Dancing on the Ceiling, a few years later in 1986.

We can say, Lionel and Diane had been going out even when he was still married to his wife. After Lionel and Brenda got separated, Diane moved in with Lionel in 1992.

Besides, Diane gave birth to their first bundle of joy, a boy named Miles Brockman on May 27th, 1994. Fast forward four years, and along came Sofia Richie on August 24, 1998.

Lionel and Diane separated in 2003: Details on the divorce settlement

After a mere eight years of marriage, the lovebirds decided to go their separate ways. It was in January 2004, when Diane had filed for divorce citing irreconcilable differences.

Several tabloids claim they got married in 1995, however, the divorce documents filed by Diane states it was definitely in 1996.

A few months later, their divorce was finalized. Diane walked away with an astonishing $20 million. The alimony included $15,000 per month on shopping, $50,000 each month for personal services and $20,000 budget for plastic surgery.

Lionel is dating Lisa Parigi: She is at least three decades younger than her beau

Since around 2014, Lionel is in a happy relationship with his entrepreneur and model girlfriend, Lisa Parigi. Though the lovebirds seem to have a huge age difference, it is yet to put any kind of strain in their relationship.

Talking about Lisa, she belongs to the mixed ethnicity of Swiss, Caribbean, and Chinese Ancestry. Moreover, she is fluent in four languages: German, French, Swiss-German, and English.

Well, if they are open to the idea of children then plans for marriage might not be too far away either.

Are Scott Disick and Sofia Richie Dating? When Did It All Begin?