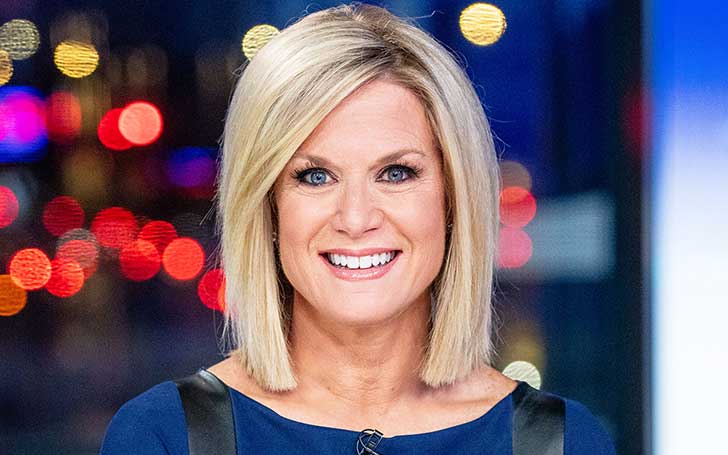 Fox News anchor Martha MacCallum rose to prominence as the host of The Story with Martha MacCallum. Martha joined the network in 2004 when she was already married to Daniel J. Gregory.

Martha MacCallum’s husband Daniel’s support has been crucial for her famous career in television and journalism. Even though she has been married for nearly three decades, very few people are familiar with their married life.

So, let’s dive straight into their married life.

The 56-year-old television star, MacCallum, and Daniel J. Gregory got married on August 22, 1992, in New Jersey. The couple exchanged their vows in a privately organized wedding at St. Elizabeth’s Church in Wyckoff.  Joseph Fitzpatrick officiated their wedding.

Daniel J. Gregory is the vice president of Gregory Packaging Inc. in Newark, N.J. He was born in  Upper Montclair, N.J to Mr. and Mrs. Edward R. Gregory. His father Edward Gregory was the founder and president of the company.

Things We Know About Her Children

In a conversation with Indianapolis Star in November 2019, MacCallum said her youngest son is a multi-sport athlete. She added Reed had many opportunities to play football more regularly in the northeast schools, however, he turned down to attend Notre Dame.

They Have a House in Massachusetts

Martha MacCallum and her family reside in New Jersey, however, MacCallum and her hubby Gregory have a house in Massachusetts too. The husband-and-wife bought the house in Chatham in 2011. The house, built in the 1960s was remodeled a couple of times over the next few decades.

The family of five loves to spend their holiday in the house. More specifically, MacCallum’s family has been spending their Thanksgiving holiday there. Besides, MacCallum has a lot of childhood memories of Chatham which prompted her to get a house there.

Talking to The Cape Cod Times, MacCallum said her parents used to rent summer houses in West Dennis and Chatham for a couple of weeks. Back then, she loved to go to the Cape and visit the Candy Manor.

During her college time, she worked at Thompson’s Clam Bar which she described as the best summer of her life. MacCallum added she had decided to have her own house there in the future which she did indeed.