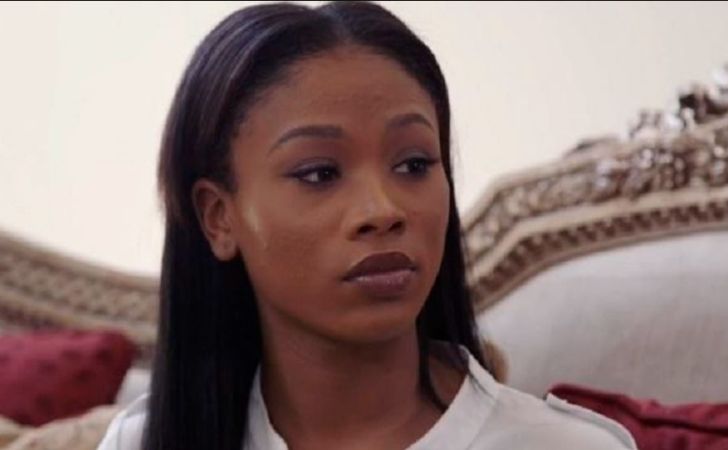 Tytyana Miller is the daughter of Master P, aka. Percy Robert Miller. Though she has not accomplished much as a professional, she is widely recognized in the media just because of her famous father. Her dad is a famous rapper, actor, record producer, & entrepreneur as well.

While Tytyana enjoys her life and all the luxuries, she was once caught up in drug addiction. The matter gathered huge media attention as well. Anyway, what is she up to at present?

The beautiful Tytyana Miller was born on 15th June 1992, in New Orleans, Louisiana, United States. She is one of the seven children of Percy Robert Miller and Sonya C. She is also recognized as Tytyana “TaTa” Miller. As of 2021, she is 28 years of age.

She shares a great relationship with her father and mother and spent a large part of her childhood living with her parents.

Not all kids are fortunate enough to spend their life with their parents. And the case happens to be the same with Tytyana. Like most of the celebrities out there, Tytyana’s parents have divorced already.

Well, her parents, Master P and Sonya, were married in 1989. But unfortunately, after 24 years of togetherness, Tytyana’s mother Sonya filed for a divorce in 2013, finalized in 2014.

While they were separated on the grounds of irreconcilable differences, Sonya also appealed for custody of the four minor children. Well, in the final hearing, Master P, aka Percy, was ordered to pay a sum of $16,574 in spousal support. Similarly, he was also ordered to pay around $10,473 in child support, which resulted in $27,047 in total every month.

As we have already mentioned, TaTa is not the only child of Master P; she rather has eight siblings in total. To be precise, she has five brothers Romeo Miller, Hercy Miller, Mercy Miller, Young V, & Veno Miller, and three sisters, Cymphonique, Inty Miller, & Italy.

And the most interesting thing is that all her siblings are fairly successful and recognized faces. Her brother Romeo is a successful rapper and actor. In fact, he is quite famous for his work in Growing Up Hip Hop.

Similarly, her sister Cymphonique is also a famous American singer-songwriter & an actress as well. As an actress, she has appeared in many TV shows including her popular Nickelodeon show How to Rock.

Likewise, her brother Hercy Miller is a famous basketball player. He was even tagged as one of the top basketball players in the country. Well, needless to say, Tytyana shares a great relationship with all the siblings. They even are seen together on occasions.

Tytyana Miller Is An Actress

Like father like daughter, Tytyana shares a common interest in acting like that of her father. While she has not gotten mainstream showcasing her acting ability, she has well flaunted her talent in a few projects.

Back in 2010, she appeared in a short drama film, A Mother’s Choice. In the film, she played the character named Tyra, along with her sisters Itali Miller, & Intylyana Miller. The movie also stars others like Brea Renee & Leeah Jackson in the lead.

Apart from this, she has also been part of her father’s family reality show Growing Up Hip Hop. However, she has not been listed as the cast member of the show officially.

Not many know, but Tytyana was into drugs not very long ago. She revealed her addiction to drugs in an episode named “Run in the Oven” of the Growing Up Hip Hop.

In the given episode, TaTa clearly confronts her drug habit with her sister Cymphonique and reveals that she wants to overcome her addiction.

Further, Romeo reveals that Tytyana got into drugs because she had more freedom after their parents’ divorce.  Later in the episode, in a family conversation about TaTa’s addiction, Percy gives a powerful speech on how her addiction has impacted the family and also addresses the fact that he loves her.

Is Tytyana Married Or Dating A Boyfriend?

No doubt, this is one of the most searched queries about Tytyana. So, is she married? Well, to be precise, she is not married yet. But if she is dating a boyfriend still remains the most mysterious question about her.

Apparently, she is single and not dating a man. But it is quite possible that she is keeping her boyfriend a secret from all. In that case, we hope she comes out in public talking about the love of her life. Needless to say, all her fans must be crazy to see her choice.

Unfortunately, unlike most celebrities, Tytyana is not on any social media platform. It looks like she doesn’t enjoy the attention and is rather a private person.

We hope she does someday choose to get online on similar platforms.

Unfortunately, Master P daughter Tytyana passed away at the age of 29. Her father announced her death on May 29 via his Instagram. In a heartfelt message, the No Limit Records founder/CEO Master expressed the tragic loss of his family. He wrote,

Our family is dealing with overwhelming grief for the loss of my daughter Tytyana. We respectfully request some privacy so that our family can grieve. We appreciate all of the prayers love and support. Mental illness & substance abuse is a real issue that we can’t be afraid to talk about. With God, we will get through this. #MyAngel.

The family has unfortunately not revealed the reason for Tytyana’s death.