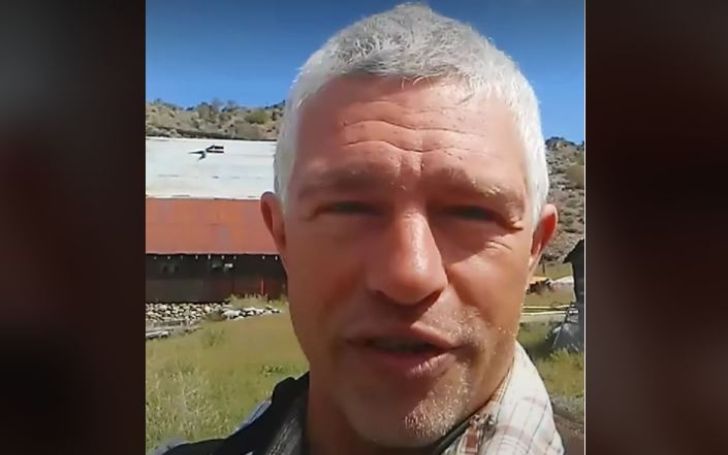 Matthew Brown or Matt Brown is a reality star known for formerly being one of the leads of the Discovery Channel’s docudrama-style reality television series, Alaskan Bush People. He is among the five sons and two daughters of the show’s main characters, Billy and Ami Brown. Alaskan Bush People from the Discovery Network follows a definitively large family, Brown’s story of a struggle to live a life far remote from civilization. The show also documents the family’s ordeal of not seeing any outsiders for months.

The show shows the defiance of the Brown family toward modern society’s welfare and their survival stories through the wilderness. Matthew while the eldest son of the show’s lead star, Billy Brown, and his wife, Ami, hasn’t appeared on the series for a while. A lot has happened in Matt’s life since the Brown family left the wilderness of Alaska. From the news of his substance abuse to his sudden exit from the show, Matt has always been the subject of curiosity.

There are also a few or two scandals about him including accusations of rape and explosives. Whatever the case, he has been lying low since his sudden exit from the show. While Matthew has been a complete no-show on Alaskan Bush People since season 8, he has also been more clear and vocal about his reasons. Read why he is often one of the most talked about stars from Alaskan Bush People. Latch onto some details of Matthew Brown’s shocking allegations, his detachment from the show and his family, his net worth, what’s he doing now, and also whether he has a girlfriend or not.

Matthew Brown Was Raised In The Corner Most Part Of Alaska

On his YouTube channel, Matt, who is now 40 years old, stated that he grew up in the most remote parts of the Alaskan wilderness.

Matt describes the place as growing up on another planet and something of a feeling like time warping to the stone age. He admits to those times partly coming to him like the wild west and partly a post-apocalyptic movie.

Matthew, fully Matthew Jeremiah Brown, who was born on Sep 7, 1982, is the son of the late Billy Brown and his wife, Ami Brown.

His Family And Siblings

Matt’s father the Brown family patriarch, Billy Brown died in Feb 2020 at the age of 68 following a seizure attack. His mother too battled a lung cancer diagnosis in April 2017, stage three which she, however, survived.

As mentioned, Brown has had quite a reputation for his substance abuse and alcoholism which mostly happened during his time in Alaskan Bush People. The addiction apparently was so severe that Matthew, in 2016, entered a rehab center.

Things were looking good for the ex-Discovery star when he first started his time in the correction facility and had even managed to get out of it. Matthew, however, after leaving rehab relapsed and entered it for the second time in Sep 2018.

This time, his treatment took place at the Betty Ford Center for addiction in California.

For years, Matt didn’t talk publicly about his addiction problem but in April 2021, he did reveal what particularly led him to succumb to drug dependence and chronic drinking. He apparently has some people to blame for his addiction.

In an Instagram video lasting 10 minutes from April 2021, the once an outsider accused the Alaskan Bush People production of giving him and his family drugs.

Matt ruled Alaskan Bush People is the ultimate cause of almost all of his problems. The one-time wilderness inhabitor said the production team gave his family cocaine.

The now 40-year-old Matt said the production lied to Discovery about how he and his family lived with no electricity and television when in reality the Browns used all of those and occasionally. These lies, Matt said, were the reasons why he started his addiction. The former Bushman also became estranged from his parents after diving into substance addiction.

Matthew’s rehab stint finished in Jan 2019 and by March he was completely sober. The reality star for over seven seasons celebrated one year sober on March 21, 2021. He marked a year anniversary by sharing a video on Instagram with the caption that read,

Face your fears it will be OK. I love you.

“So I wanted to tell everybody if life is rough for you or if these hard circumstances that we’re all in right now have caused you to slip or relapse or even just to get into a mindset that you don’t like, it’s human. That happens to all of us, and it’s going to be OK.”

Matt says after spending 35 days at an inpatient treatment center, he turned his life around.

In the aforesaid recording, Matthew also said his family stole his money. The then recording also included the ex-Alaskan saying he had actually gone broke and had hardly anything to eat.

In the video, Matt complained despite the Alaskan Bush People being a success, he didn’t have any money or anything. He said his family specifically his father Billy kept most of the money.

In Sep 2020, two different women accused Matt of sexually assaulting them; back then several accusations emerged stating the Youtuber/Instagram influencer had raped two women at the same location within a span of few days.

The first woman to accuse Matt was Jessica Jurges. She was a one-time personal assistant of the Brown family during their time in Alaskan Bush People. Jessica was also the show’s coordinator.

Jurges told the Sun that Matthew raped her in a swimming pool. All the time, Jessica said she tried to fight the eldest son of Billy and Ami.

The whole incident according to Jurges happened on July 8, 2018. Jessica said Matt ripped her bathing suit off and wouldn’t let her go. The ex-coordinator of Alaskan Bush People said she told “no” to Matt like million times.

Jurges says the whole ordeal lasted two and a half hours.

One More Woman Says She Was Raped By Matthew

Another woman who accused Matthew of sexual assault was Shelly Dawn Early, also an ex-assistant of his family. Shelly alleged that Matthew raped her a couple of days later at the exact location where he had abused Jurges in Canoga Park, Los Angeles. Shelly was then 54.

Early said Matt at the time was drunk to his bones. Both Jurges and Shelly reported the rapes to LAPD’s Topanga Division. The Division later executed an investigation before passing the case to the Los Angeles County District Attorney’s Office.

The DA later however declined to prosecute. While it is still unclear if Matt is the perpetrator, when Jessica reached out to her abuser’s brothers, Bear, and Gabe, the two apologized for Matthew’s inappropriate conduct.

It is also unknown if Discovery Channel terminated its contract based on the allegations. They, however, did acknowledge the situation. Upon his absence, Discovery said that Matt had left the show and was receiving treatment for his addiction issue.

What Is Matthew Brown Doing Now?

Post the rehab, Matt has been living a life of sobriety, faith, positivity, and wellness. He now often talks about the aforesaid issues on his social media, Instagram and Facebook, and his YouTube channel. Even on his YouTube channel, Matthew has stated that he now lives quite free life on his own terms in recovery.

He has often stated to be residing on top of a mountain in Loomis Washington. Though some reports suggest since completing his second rehab, Matt has been a resident of California and clearly off the Discovery reality series.

Where Exactly Does Brown Live Now; His Other Works?

While the precise details of his current location are unclear, it is believed he resides somewhere in Los Angeles. Matt apparently decided to stay in California during the same time the rest of his family moved to Washington leaving the Alaskan wilderness.

He generally has been living his life in solitude. He once also admitted to practicing Rational Emotive Therapy (RET), a form of cognitive behavioral therapy.

Matthew in the meantime has also been frankly up and running on Instagram and often throws in his recovery journey and advice for his fans. He continues to post videos about his situation on his Instagram. Viewers can also keep up with him on his personal YouTube channel.

He may not be on the show anymore but it has been reported that Matt still visits his family his mother and his siblings in Washington.

Following his father’s death in Feb 2020, Matt’s brother, Bear while talking with Distractify in Nov 2021, said Matt’s been doing his own thing. Bear though said he doesn’t see his older brother that much. He nonetheless wished peace and serenity in Matt’s life. But it seems Matthew may not be returning to the reality series anytime soon.

Does Matthew Brown Have A Wife/Girlfriend?

While Alaskan Bush People features partners of Billy and Ami’s children and even their own kids, Matt’s been the only one who seems detached from all these.

The show’s audiences have been trying to get the answers regarding Matt’s marital front for quite a while. Although his brothers occasionally share their marriages and long-term relationships on each of their respective socials, Matt does not seem to be fond of keeping out such details in the open.

Nevertheless, when he confessed to his addiction problem, Matthew also admitted to having an affair with a married woman which he says was regretful.

As for now, it is presumed Brown supposedly does have a girlfriend but her real identity is anything but known. Though it’s also possible that Matt’s love life for the moment is now on hold.

How Rich Is Matthew Brown; His Net Worth?

While in the past, Matt has admitted to going broke and having nothing to eat, whether his situation has changed since then is quite a brain teaser. Although he admits his family made a lot of money off Alaskan Bush People, Matt says he didn’t receive anything out of it. According to him, as mentioned, the money all went to his father.

Though he and almost all of the show’s fans have admitted that the Brown family has a combined net worth of over $60 million. The family already had amassed that figure by early 2020. What’s more, the Browns also have a mansion in California.

As for Matt, some reports suggest he is still in talks with his family members to get the money that Alaskan Bush People owe him. This sounds contrasting especially when in 2020, it was reported that each of Billy and Amy’s children at the least earned over $60,000 each for filming the Discovery show throughout that particular year.

To have a bit of a perspective, Matt’s sister, Snowbird made an estimated $60,000 a year according to 2021 reports.
Back then it was also alleged that Matthew himself had a net worth of over $150,000.

Matt in March 2017 had a terrifying accident that involved gunpowder and a refrigerator. He had created a mason jar using gunpowder and a cannon fuse to repel bears. The plan misfired and Matthew ended up suffering a serious head injury. He consequently ended up needing intensive care and had to endure nine staples to his scalp.