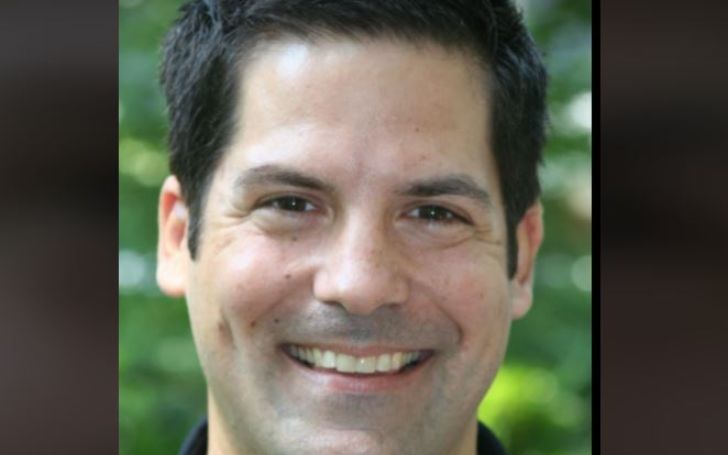 Matthew Labyorteaux is an actor and a voice-over artist who is known for portraying Albert Quinn Ingalls on NBC’s western historical drama television series, Little House on the Prairie from 1978–83.

So far, Labyorteaux has over 50 appearances in films and TV and several voice credits to his name, with his career spanning more than four decades. Matthew who had started portraying Albert in his early teens is currently in his 50s.  The actor built a considerable following of his own among the kids from the ’70s and ’80s. The child actor, however, had quite a rough first years of his life.

Although many years have passed since the end of Little House On Prairie, the series still continues to be the favorite of several generations. And often with every new discourse, Labyorteaux spawns quite an interest among the show watchers; mostly with regards to what the actor is doing in the present, whether he is married, and such.

Know answers to all these in the piece down below.

He had adoptive parents,  Ron Labyorteaux was an interior designer, and Frances Marshall, a former actress. Labyorteaux lives life on the Autism spectrum. He was diagnosed with the condition at a very young age. This was before Ron and Frankie Labyorteaux adopted him.

Labyorteaux’s adoptive mom Frankie once revealed Matthew always slept standing up, and if anyone tried touching him, he would scream and attempt to run away. Matthew additionally did not walk until he was three years old.

Labyorteaux also never spoke until he was five and would often throw anger tantrums. The doctors at the time claimed Matthew may never lead a normal life.

What’s more, upon his birth, the doctors discovered he had a hole in his heart. They, though, left it to heal on its own.

Matthew has an older brother, Patrick Labyorteaux, who is also the adoptive child of Ron and Frances. Labyortex’s foster parents had adopted Patrick when he was nine months old.

Matthew’s brother, Patrick was diagnosed as a schizophrenic at the age of 3 weeks. As an infant, he also suffered from malnutrition.

Labyorteaux and his brother, Patrick credit their parents for their success.

How Did Matthew Get Into Acting?

In fact, even before reaching 10, his brother, Patrick had been on Cheerios and McDonald’s commercials. One day Matthew tagged along with his big brother to a United Way audition.

The casting lady asked if Patrick younger brother wanted to test. Labyorteaux agreed and after a while, he not only won that part but went on to play Peter Falk’s son, Angelo Longhetti in the 1974 movie A Woman Under the Influence.

A post shared by Little House on the Prairie® (@lhprairie)

Despite his history of throwing tantrums, Matthew nailed the audition. Two years after the release of A Woman Under the Influence, Matthew, in 1976, nabbed the role of a young man, Charles Ingalls, in the Little House on the Prairie.

In the beginning, however, he only participated in some scenes. He was then 12.

His brother, Patrick, on the other hand, was already a regular cast of the show as Andy. After a while, the creators recast Matthew in the role of Albert Quinn Ingalls in 1978.

The creators of Little House initially didn’t include the role of Albert as part of the series.

In fact, the show’s creator, Michael Landon, created the Albert character to honor a friend’s son who had passed on tragically. And it was him whose name was Albert.

Labyorteaux remained in the series until he was 17 years old. Matthew later would also star in a Little House on the Prairie spin-off Little House: A New Beginning in 1983, as well as Little House: Look Back to Yesterday.

While on the show, he also received two nominations for Best Young Actor.

Thanks to popularity through the Little House on the Prairie, Matthew managed to be listed as a well-known teen idol and appeared in popular magazines such as Teen Beat, 16 Magazine, Tiger Beat, Bop, and Superteen.

In addition to the NBC series, Labyorteaux also starred in the short-lived television series The Red Hand Gang and Whiz Kids. He likewise has been in several made-for-television movies.

Matthew is also known for films King of The Gypsies, Bravo Two, and Killing Stone. Ron and Frances’ second adoptive son has additionally been in the 1992 3 Ninjas, the 1995 JAG, and Heathers in 1998 which also stars Winona Ryder, Christian Slater, & others.

One of his standout roles on the big screen include in the 1983 sci-fi horror film Deadly Friend by Wes Craven.

He also received a Daytime Emmy for his work on Papa and Me.

In recent years, Matthew has worked as a voice actor, providing characterizations in video games and animated features, additional dialogue recording in film and television, and voice-over in advertisements.

The former child actor has provided his voice in Pokemon, Bride Wars, and Spiderman. He also occasionally adds several voices to the Star Wars video games.

Other projects where he has lent his voice are for the character, Jaden Yuki and The Supreme King in Yu-Gi-Oh! GX from 2005–08. He also did a voice-over in the 1998 film Mulan.

In many of his credits, his last name is “Laborteaux”. One animation project has even credited him as Matthew Charles.

Is Matthew Married? Who Is His Wife?

Matthew was married to his wife, a Pasadena Waldorf School admissions associate, Leslie Stevens on July 17, 2020, and is also the stepfather to Leslie’s 2 kids from her previous relationship. Apparently, Matthew does not have a biological child.

While the man with once a heart problem is yet to talk to the fullest about his relationship with his wife, he, once in an interview with Pop Culture Retro revealed he has quite a strong bond with his spouse’s son and a daughter.

Labyorteaux said he even watches The Little House On Prairie with them even though they had no idea who their step-dad really is.

Although Labyorteaux is in the showbiz since the early ’70s, the correspondents from the entertainment world are due to mention his financial repute.

Some sources, nonetheless, aver the now 55-year-old at least possesses about half a million or more of net worth.