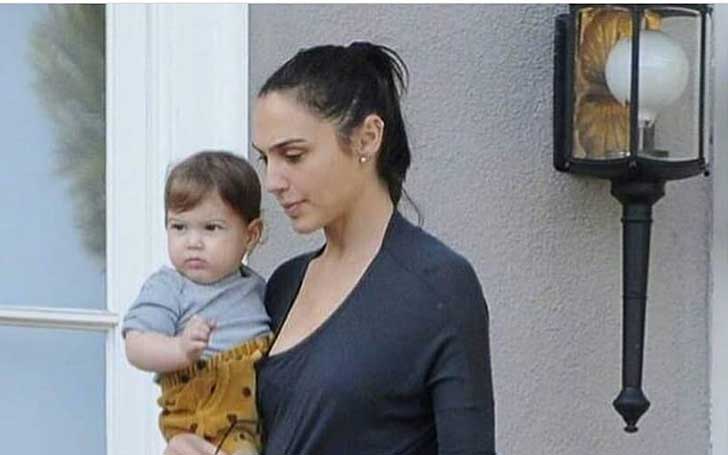 Maya Versano is the second daughter of actress Gal Gadot and her husband Yaron Varsano. Gadot is famous for playing DC’s iconic superhero Wonder Woman while Yaron is a real estate developer and hotelier. Besides, Maya has an older sister, Alma Versano.

Born as the second child, Maya gained fame even before she was born. As for a fact, Maya’s mother is a popular actress and Miss Israel 2004.

When Was Maya Versano Born?

Gal Gadot and Yaron Varsano’s second daughter, Maya Versano was born on 19th March 2017 in Los Angeles. The Wonder Woman star took to her Instagram to announce the birth of their baby girl. 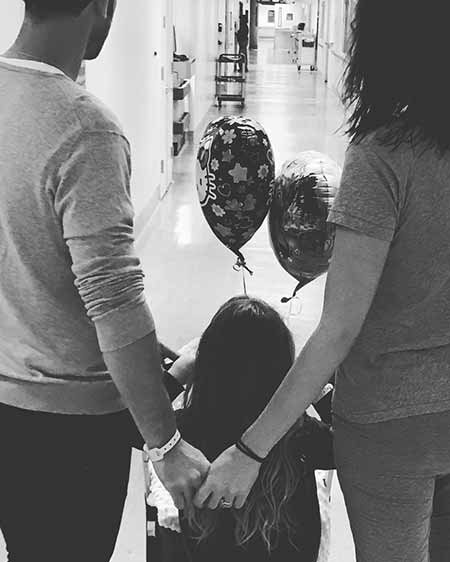 Gal Gadot shared the photo of her with husband Yaron and daughter Alma announcing the birth of her second daughter, Maya
Source: Instagram@gal_gadot

Gadot shared a black-and-white photo of her and her husband with their daughter, Alma. “And then we were four… She is here, Maya,” wrote Gadot alongside the post.

Gadot Announced Her Second Pregnancy With Maya in November 2016

While Gadot had been speculated to be expecting her second child for months, she remained quiet until she finished filming the 2017 film Wonder Woman. She finally announced her second pregnancy in November 2016 on her Instagram.

Back then, Gadot shared a black-and-white photo of her and her husband Varsano, where both of them can be seen placing their hands on her baby bump as the former took a mirror selfie. “So excited to share this wonder with you…” wrote Gadot in the caption.

So excited to share this wonder with you… #mommyforthesecondtime ✨😉😊💝✨

Well, technically, Maya Versano was a part of the famous DC comic movie Wonder Woman. But just technically as her mother, Gal Gadot, was pregnant with her when she filmed for the movie in 2016.

Now, it’s no secret that Gal Gadot was carrying her second daughter when she filmed Wonder Woman. But, she hid the fact from the production team and her co-stars at the time. Talking with Marie Claire for its June 2017 cover story, Gadot said that she hid the fact because she didn’t want to be treated differently on the set.

She also shared how she spent time vomiting in corners and coping with hormone-induced migraines. Gadot added:

“I gutted it out and started to come to set with sunglasses. I had this jug of water with huge pieces of ginger. One of the producers kept on asking. ‘Why are you drinking that potato water?’ They thought I’d gone Hollywood.”

Meanwhile, when Gadot returned to complete the reshoots, her baby bump was clearly visible and the CGI had to be implemented to make it off the screen.

Gadot told Rolling Stone she and the filmmakers worked hard to hid her baby bump. She said,

“We cut open the costume and had this green screen on my stomach. It was funny as hell-Wonder Woman with a bump.”

Maya Versano’s parents, Gal Gadot and Yaron Varsano are married since 2008. The husband-and-wife of 12 years met through their mutual friends at a yoga retreat a couple of years before they tied the knot. The couple quickly became close friends in spite of their ten-year age gap.

Gadot hasn’t revealed much about her relationships with her husband, especially about the time before their wedding. Even though not much is known about them, we do know that Varsano proposed to Gadot with a huge round-cut diamond, set on a platinum band just months before their marriage in 2008. 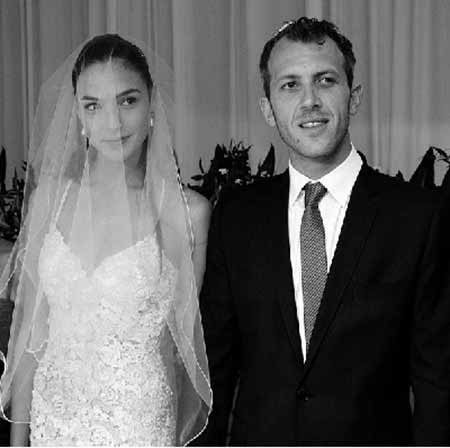 Gadot and Varsano married in an intimate wedding ceremony in Tel Aviv, Israel. The 34-year-old former Miss Israel opted for a fitted lace gown whereas Yaron wore a classic black suit on their wedding.

Maya also has a maternal aunt Dan Gadot. Younger than Gal, Dana is not a superstar like her elder sister Gal, and rather the student of psychology at the Interdisciplinary Center Herzliya in Herzliya, Israel.

She Has an Older Sister Alma Versano

Maya is not the only child of Gal and Yaron. She also has an older sister named Alma Versano. Born in 2011, Alma is 6 years older than Maya and the sister shares a great bond.

In fact, both the sisters join their parents on vacations and short trips. Also, Gal often shares pictures of them together on occasions.

To the amazing men in my life.. I celebrate you and so grateful to have you in my life. I couldn’t have asked for two better fathers, for myself and for my daughters. Thank you both for being such a great example for what it means to be a man. I love you so much. You are my rocks. My everything. ❤️❤️ Happy Father’s day 🌹 @jaronvarsano

Maya Is Already a Great Dancer

The 3 years old daughter of Gal, Maya is a great dancer. Gal who is generally too concerned about not showing her daughter’s face, could not stop herself from showing off Maya’s dance moves on an Instagram post.

What could any cuter?