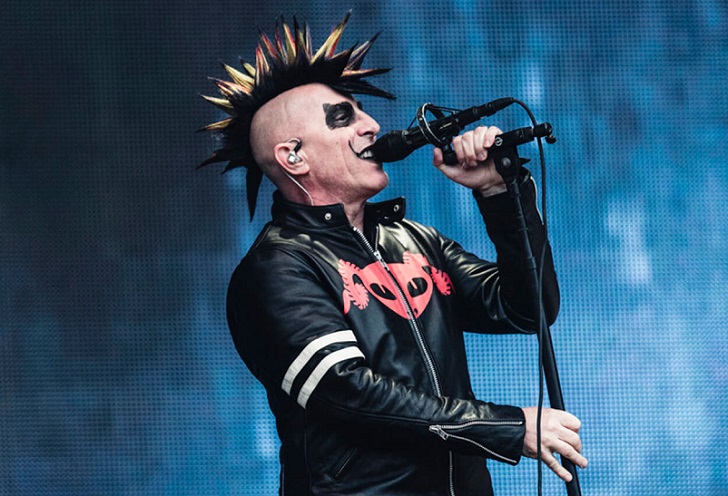 One of the prominent Rock & Roll artists, Maynard James Keenan tattoos are as famous as his songs. He is a lead singer of the Award-Winning rock band, Tool. It has released numerous golden-certified albums and No.1 hit singles to date.

Besides his love for singing and songwriting, Keenan is also a tattoo lover who has inscribed a few beautiful symbols on his body.

Let’s take a look at the tattoos he has inked.

The most artistic and visible tattoo Maynard James Keenan, 55, has inscribed is Scorpion on his lower back and up the spine.

Although Maynard hasn’t revealed the meaning of the art, the Scorpion is considered one of the most intimidating insects and its connection to ancient religions is quite deep.

One of the main features that scorpion tattoo has is a deadly power and intimidation. For the past few years, most of the people got the art to express their own unique personality.

Tattooed Chinese Symbols On His Biceps

Maynard James Keenan has also gotten some tats on each of his inner biceps that features Chinese symbols.

But, the exact meaning of the arts is yet to be disclosed.

Born on April 17, 1964, Maynard James Keenan is the only child of Judith Marie and Michael Loren Keenan. His parents, however, divorced in 1968. Following their separation, his father went to Scottville and never came back.

Keenan joined his papa during his early teens and attended Mason County Central High School in Scottville, graduating in 1982.

He became inspired to join the United States Army forces after watching Bill Murray‘s role in a 1981 buddy military comedy Stripes. Maynard was a forward observer in the force before attended United States Military Academy Preparatory School for a year from 1983 to 1984.

Then-military personnel, Maynard later quit the job in order to pursue a career in music. After becoming the members of several bands, Keenan formed Tool along with Adam Jones, a three-time Grammy Award-winning musician. Danny Carey and Justin Chancellor later joined the group.

One of the most successful rock band Tool has won four-Grammy Awards and produced numerous chart-topping albums. It has sold more than 13 million albums in the US alone. On August 30, 2019, they released their fifth studio album, Fear Inoculum, which was turned out to be a massive hit.