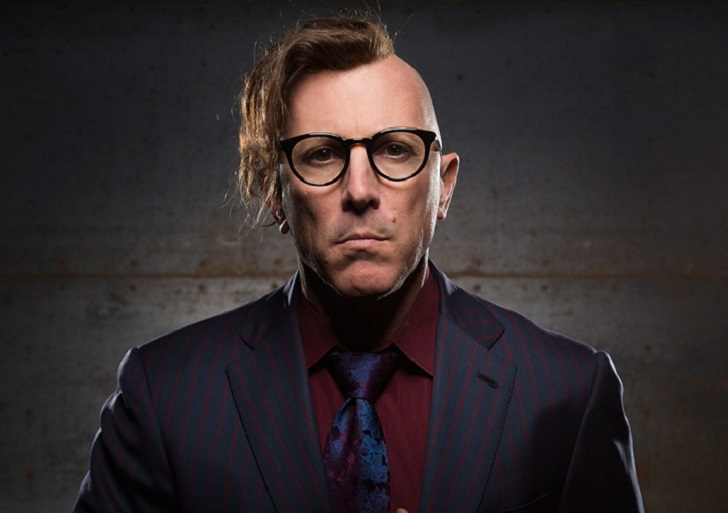 Born And Raised Into a Southern Baptist Family

Maynard James was born on 17th April 1964, into a Southern Baptist family, in Ravenna, Ohio, in the United States. He is the son of Judith Marie Keenan and Michael Loren Keenan, a school teacher. After his parents got divorced at the age of four, his father permanently moved to Scottville, Michigan.

Keenan did not privilege the fatherly love until his mother persuaded him to live with his father in Scottville. There, he attended Mason County Central High School and completed his graduation in 1982.

The same year, Keenan joined the Army and enrolled at the United States Military Academy in 1983. He left the college just a year after in order to embark on art and joined the Kendall College of Art and Design in Michigan.

Maynard James Keenan Is the Co-Founder Of Tool

Maynard became the part of several independent bands before forming Tool, the rock band with its lead guitarist Adam Jones in 1990. It was later joined by drummer Danny Carey and bassist Justin Chancellor.

Four-time Grammy-award-winning band has created a number of top hits and chart-topping albums to date. The group released its first studio album Undertow in 1993, followed by many other chartbuster albums Ænima (1996), Lateralus (2001), and 10,000 Days (2006).

Keenan is also a lead singer and lyricist of another popular rock supergroup A Perfect Circle.

Who Is Maynard James Keenan’s Wife?

Along with his significant music career, Maynard James Keenan is also leading a successful married life with his wife Lei Li for years now.

Keenan popped the question to his then-girlfriend Lei in June 2010. Lei was a lab manager at Caduceus, a winery owned by Maynard, in Jerome, Arizona. Sources suggest that the couple married after two years of their engagement in early-2012. Making reference to his spouse, the musician also wrote an article to the Phoenix New Times on 10th Sep 2012.

Maynard currently resides in Jerome, Arizona with his spouse and children.

Devo Keenan Is His First Child

Maynard is a father to a son named Devo Keenan, born on August 5ft, 1995. The detail of his biological mother is yet to be revealed.

Devo was a backup vocalist on the Thirteenth Step, the second studio album released by American rock band A Perfect Circle in 2003. He is also known as a cellist.

According to IMDB, the singer and songwriter Keenan previously married Jennifer Brena Ferguson in 2003. The couple also has one child.

Neither Maynard nor his ex-spouse Jennifer revealed much about their marital relationship.

Maynard also has gotten inked a number of tattoos on his body. Keenan has got his lower back and up the spine inscribed a large scorpion.

Furthermore, Keenan has tattooed on each of his inner biceps that features some Chinese symbols.

As per Celebrity Net Worth, Maynard James Keenan owns a $60 million net worth as of 2020. In addition to his income as an artist, Keenan also has made a major portion of his wealth from his wine business.

Maynard James Keenan Tattoos: A Scorpion With a Meaning