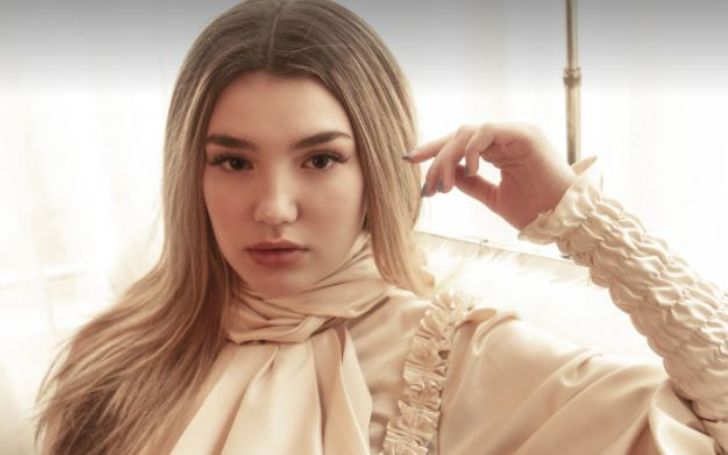 Alissa Skovbye or Ali Skovbye is an actress and model from Vancouver, Canada, who has had a string of television roles in sci-fi favorites Fringe, Smallville, Supernatural, and films such as Breakthrough, Imperfect High, The Corruption Of Divine Production, Secrets Of My Stepdaughter, and others.

Her most high-profile role, though, is in the series Firefly Lane, playing the character of Tully as a young teenage girl alongside actress Katherine Heigl. Acting has always been a part of actress Ali Skovbye’s life.

Although young, Alissa usually plays complex and complicated characters and has an innate ability to play the more disturbed or “flawed” characters. She has developed a true passion for acting and has shown her ability to handle a diverse range of characters.

Skovbye has labored intensively to hone her craft, and she has consistently made the most of every opportunity she has had. In this extended write-up below lies all about Alissa Skovbye; how is she tackling acting whilst being a normal teenager, her interest in modeling, traveling, sports, and singing as well as her some sneak peek from her love life.

Alissa Skovbye Lineage Roots Back To Sweden And Denmark

The 19-year-old Alissa Skovbye was born on May 16, 2002, in Vancouver Canada. Although Skovbye was born in Canada she’s of Swedish descent and all of her extended family still lives there and in Denmark.

Skovbye’s uncle Kim Skovbye is a musician living in Copenhagen, Denmark. Her grandmother grew up during the war in Holland.

Ali admits she hated going to school as a child. She though graduated from King George Secondary School in Vancouver at the age of 18 in JUNE 2020.

The sisters have taken their real-life relationship to the camera as Alissa played the younger sister of Tiera Skovbye in the TV movie Forever 16 (2013). The two have also played sisters onscreen in the 2017 film ‘Secrets of My Stepdaughter.’

Skovbye Started Acting Because Of Her Sister

It was because of her sister, Tiera that Ali thought of pursuing a career in acting. It all began when one day her older sister Tiera Skovbye was at a park in Vancouver with her parents, and an agent came up to her and Ali’s parents. After that, he gave them a card and said that they should get their first daughter in acting.

After some time, Tiera was already into acting.

Her parents later also asked the younger one, Alissa but she initially said no. However, as she got older she started seeing her elder sister doing more acting, and eventually, she also wanted to be just like her older sister.

Alissa subsequently started doing it and gradually enjoyed it herself. Later, both Ali and her sister Tiera Skovbye would guest-star on Supernatural (Ali as Keli Harper and Tiera as Young Bela) and Once Upon a Time (Alissa as Grace and Tiera as Robin), but not on the same episodes.

The junior Skovbye admits acting is something she wants to do for the rest of her life whilst also trying to experience college life at some point in her life.

Ali’s acting career started after a scout spotted her for a national car commercial. Shortly after that, she appeared in a Cadillac ad. Skovbye however skipped the whole Barbie/commercial phase and went straight to the darker stuff.

Alissa then moved to TV; on small screens, Skovbye did roles in television series including Supernatural(CW), Fringe(FOX), Smallville (CW), and Motive (CTV).

She booked her first TV role at eight years old playing Haley in Smallville: episode, Abandoned (2010), one of the final episodes of the long-running series about teenage Superman.

At eight, Skovbye also did her first photoshoot for Germany’s My Style magazine. The magazine also featured her sister Tiera. Skovbye likewise was only 9 when she appeared in Supernatural.

Other projects where the younger Skovbye played child artist include Once Upon a Time (ABC), Falling Skies (TNT), The Man in the High Castle (Amazon), You, Me, Her (Audience), and When Calls the Heart (Hallmark).

Ali’s first largest role was in the movie One Christmas Eve; Ali then was 12. She received a Young Artist Award nod and won a Joey Award for best leading actress for her portrayal of Lacey Reynolds in the 2017 TV movie, Campfire Kiss.

She was also on the list of WFF’s 7th annual Stars to Watch during the premiere of the very film. In addition to that, she has gone on to act in a variety of other Hallmark Channel productions.

She landed the series regular role of Tully Hart in Firefly Lane in July of 2019. The show quickly took off and the first season has gone on to gain over 1.3 billion views.

The series Firefly Lane is from the bestselling book by Kristen Hannah. It tells the lives of best friends Tully Hart and Kate Mularkey, and how their friendship grows with the aging of each character. The show also covers taboo topics like addiction, sexual assault, dealing with miscarriage, and the struggle of revealing one’s hidden sexuality.

Prior to her work on Firefly Lane, Skovbye was in a TV mini-series, The Gourmet Detective. Ali has several agencies representing her — Atlas Artists, Vancouver’s Play Management, Inc., Los Angeles’s Primary Wave Entertainment for acting, and Toronto’s NEXT Models for modeling.

Skovbye also plays volleyball. She has been in sports since she was in grade three. The Swedish-Canadian actress is currently on a team of Air Attack. Her team is mostly competing for the Provincial Championship.

Ali though says she doesn’t get to play on the team as much because of the acting job. In addition, she has also taken some singing lessons and has a few songs up on Sound Cloud as well.

Skovbye has done mostly covers in addition to a couple of originals. Up until grade 11, she was in singing lessons and dance, and has also been horseback riding since she was little.

Does Alissa Have A Boyfriend?

Skovbye does have a boyfriend; the five-foot-eight-inches tall Skovbye however hasn’t revealed much about him. She apparently started dating her boyfriend in Sep 2020. Alissa, though, first introduced her partner to her Instagram followers in March 2021.

Sharing a picture of herself and her boyfriend in a black hoodie, the young actress from Vancouver in the caption threw nothing but a classic red heart sticker. Since then this boyfriend of Skovbye has made several appearances on the actress’ Ig.

Her sister, Tiera, on the other hand, was about to get married to a producer Jameson Parker in the late 2010s; the two, however, broke up before walking down the aisle.

What Is Alissa Skovbye Net Worth?

Although Skovbye has been in the acting industry since the late 2000s, it still might be a while before insiders start dwelling on how much the young actress is making for all her acting jobs.

While she has over 30 on-screen credits so far; TV and films combined, the tabloids are yet to delve into the matter of how much has she amassed from the showbiz industry.

In any case, now that Skovbye is well into the path of getting series and film roles, she at the very least must have a net worth in the domain of hundreds of thousands of dollars.