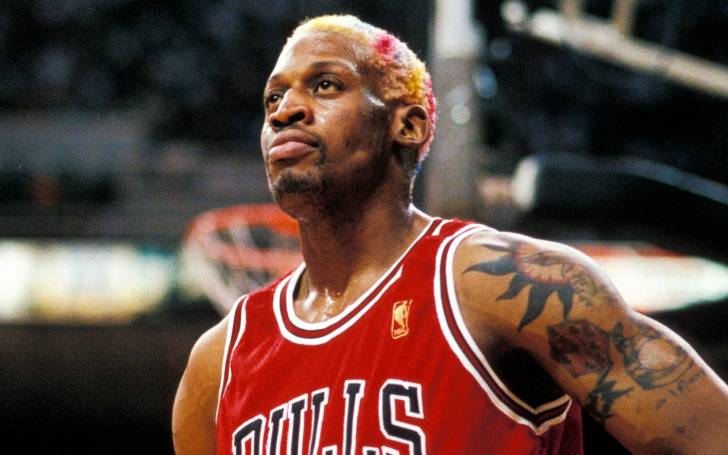 Annie Bakes is a former American model. She is probably best known as NBA legend, Dennis Rodman‘s ex-wife. The former flames were in a relationship for a couple of years before calling it quits. From their marriage, they also welcomed a daughter named, Alexis Rodman.

While her husband Dennis is one of the most prolific Basketball players of all time, Annie was a model. Despite her burgeoning career, Annie became a worldwide fame thanks to her association with Dennis.

Today we’re going to talk in-depth about the former model and find out what she is doing nowadays. We will discuss her early life, personal life, and more!

Annie Bakes Early Life: She grew up in California

She was born Anicka K Rodman on 31st January 1965, in California. She was brought up in Sacramento by her single mother. Her early life was quite hard due to the fact that her dad wasn’t around and her mom was suffering from obesity. Moreover, she also moved a lot because of which she was not able to make friends.

In order to make ends meet, Annie’s mom used to clean houses of her schoolmates. Safe to say, it wasn’t exactly the ideal childhood that you’d want. This also created a rift between Annie and her mom.

Apart from information on her mother, not much is known about her other family members including her siblings and father.

Annie Bakes ran away from her home and became a model

As we mentioned earlier, her relationship with her mom wasn’t great. She was incredibly insecure about herself and was tormented throughout her childhood. Thus she wanted to escape her family and start a new life.

Eventually, at the age of 16, Annie decided to run away from her house in order to pursue a career in the modeling industry. Thankfully everything went according to her plan and Annie became a model at such a young age.

Initially, she started out in several small-time gigs before climbing up the ladder of the industry.

Annie’s career at a glance

Upon entering the modeling industry, the beautiful and ravishing model became a star. In the beginning, she worked for print commercials. She also modeled for several lingerie and swimwear brands. Apart from all that, Annie also tried her hand in the adult modeling industry. Despite working hard, money wasn’t enough and she was barely making ends meet. She then decided to work in nightclubs as well.

Unfortunately, her work as a model came to an abrupt end after an accident that left her with scars all around her body. Later on, when Annie started dating Rodman, she didn’t have to worry about anything as he was providing for the family.

A look into Annie Bakes and Dennis Rodman’s Relationship

Initially, the pair hooked up in the year 1986. Afterward, they started seeing each other more often and they fell in love. By the year 1987, the pair had started living together. During the time, Dennis was playing for Detroits Piston so naturally, he also brought his girlfriend with him to the city.

A year after they moved in together, Rodman proposed to her. Being a very straightforward individual, Dennis didn’t process the decision much but he was in love. Their relationship became stronger after Annie gave birth to their one and only child, Alexis Rodman in September 1988.

The good ride for the pair didn’t stop there. Dennis also bought a plot of land in Oklahoma where he wanted to settle down with his then-fiance Annie and daughter Alexis.

Besides, after being in a relationship for a couple of years, the pair decided to take their relationship further and they exchanged vows on September 28, 1992.

Annie’s marriage with Dennis wasn’t all sunshine and rainbows

Although from the outside their relationship seemed perfectly fine, a lot was going on behind the doors. Their marriage eventually ended and they divorced the very next year in 1992. At the time the exact reason behind their divorce was stated to be irreconcilable differences, however, all of us later found out what really caused the marriage to end.

Several years after the divorce, Annie revealed that her seven-year-long relationship with Dennis was a living hell. Over the course of their relationship, she reportedly became pregnant seven times, out of which four times she had an abortion, two times she miscarried, and one resulted in a child.

In addition, Annie also mentioned that Dennis gave her hosts of diseases including body lice, chlamydia, herpes, and gonorrhea. Further, she also told their relationship wasn’t free of violence as well.

Following her divorce from her husband, Annie went through a rough phase, where she could not even afford her daughter’s normal upbringing. This resulted in a lot of fraustration resulting in anger issues coming from her daughter where she even had to receive counceling.

This situation, according to Annie, came because of the financial crisis she was undergoing. It became so pathetic that she had to sell her husband’s memorabilia so that she could pay her daughter’s tution fee. According to her she sold, her hubby’s signed jersey from the Pistons, the Bulls, & Mavericks.

Annie Bakes wrote a book regarding her relationship with Dennis

When her relationship with Dennis ended, it was just the beginning of Dennis’s NBA career. After 1992, he went on to win three more NBA championships with the Chicago Bulls. As Rodman became more famous, the controversy between him and his ex-wife started to uncover.

Annie decided to write a book in which she explained vividly about their relationship. In 2005, she signed a six-figure deal with Dove Books to publish the book titled, Worse Than He Says He Is. The book was the direct response to Dennis’s own book, Bad as I Wanna Be.

What is Annie Bakes doing nowadays? Where is she?

As of now, Annie is living in California. There are many tabloids that claim Annie is currently married to a policeman but none of them can confirm it. That being said, she was once in a relationship with a guy back in 2011.

Besides, Annie has written on her Facebook account that she works for the PETA so we can assume she works there.

Meanwhile, her husband Dennis is living a retired life. As of now, he is single and not married to anyone.