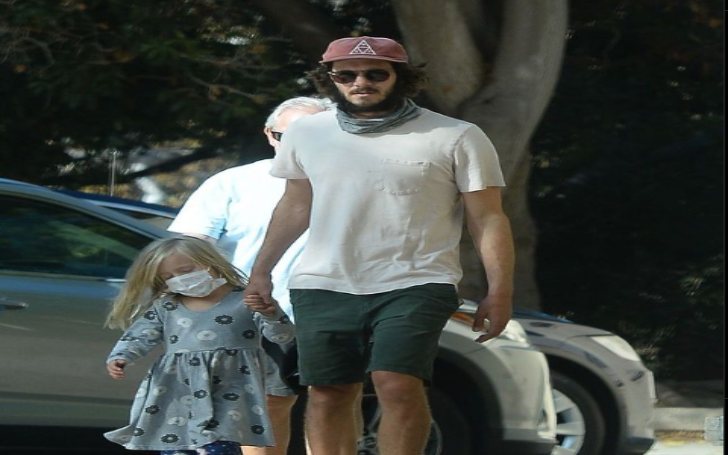 Arlo Day Brody is the celebrity daughter born to Adam Brody and Leighton Meester. She has been in the media from the day she was born. Her parents are both renowned actors who are known for their works in movies and TV series like Country Strong, The Roommate, In the Land of Women, & many others.

Despite being the daughter of celebrities, Arlo has mostly been away from the limelight. Looks like her parents are protective of her privacy, thus they barely talk about her in the media. However, there is bunch of fans who are very curious about Adam Brody’s daughter Arlo Day Brody.

Thus, in this article, we have brought to you some interesting facts surrounding her birth, parents, age, & much more. Keep reading if you want to find out.

Who is Arlo Day Brody? Details on her Early Life, Age, and More

As we already talked about it, she is the star kid born to Adam Brody and Leighton. She was born on August 4, 2015, in Whittier, California. The child has the sun sign of Leo and she just turned 7 years old this August.

Talking about her name, Arlo Day is not your typical moniker. However, Arlo is both a name of a boy and a girl which has a Spanish and English origin referring to “between two hills.”

Similarly, talking about her ethnical background she has a mixed ethnicity where her father has Jewish ancestry and her mother has English and Irish ancestry.

Arlo Day Brody is the firstborn. She is blessed to have a younger brother whom their mother gave birth to in September of 2020. Meester was seen with a baby bump in April 2020.

We don’t know the actual name of the child. However, in an exclusive interview with the People on 28th October 2020, Arlo’s father said that they called him ‘Joe Biden’ up until the election. Brody confirmed his son’s birth on Twitch saying “He is a dream boy.”

According to the couple the children love each other very much and that young Arlo is very grateful and happy to have a younger brother.

Arlo is blessed to have famous personalities to be her parents. Her father Adam Brody is an American actor, producer, and musician. He is better known to the world as Seth Cohen on the hit TV series The O.C. He has also done a lot of movies including Mr & Mrs. Smith (2005), Jennifer’s Body (2009), In the Land of Women (2007) and Thank You for Smoking (2005).

Apart from his acting career, he has also worked as a producer. Brody was the producer of the TV series Startup (2016-2018). Additionally, he has also starred in the DC superhero movie Shazam! (2019) and also will be appearing in its sequel coming this year.

Besides her acting, she has also worked as a singer. Meester was featured in the song “Good Girls Go Bad,” which was in the top 10 on the Billboard Hot 100. She has also released singles including Somebody to Love (2009) and Your Love’s a Drug (2010)

When Did Her Parents Marry? Are They Still Together? Details on Their Meeting

Arlo’s parents Adam Brody and Leighton Meester walked down the aisle on February 15, 2014. The ceremony was held privately and the wedding was attended by the couple’s closest friends and family members. The two lovebirds are together ever since and are living with their two offsprings in their beautiful house in Los Angeles California.

Similarly, talking about their meeting, the duo first met in March of 2011 while filming the movie The Oranges. They dated for two years and were engaged in 2013. A year later the couple exchanged vows.

Arlo Day Brody Lifestyle, Her Father and Mother Both are Multi-millionaires

Being the child of two exceptional actors anyone can tell that they are enjoying a great and blissful life. It is no different for Arlo and her brother; both are enjoying their lives to the fullest and are grateful to have Adam Brody and Leighton Meester as their parents.

On the other hand, talking about her parents, both of them are multi-millionaires. Her father Adam Brody is estimated to have a net fortune of $16 million which he has accumulated from his career as an actor and producer.

Likewise, her mother is also estimated to have a total net worth of $16 million which she has gained from her career as an actress, singer, and model.