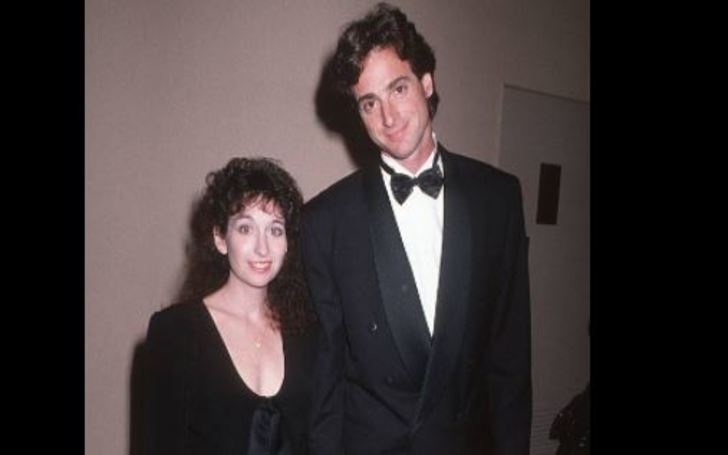 Sherri Kramer is the ex-wife of late actor, comedian, television host, and director, Bob Saget. Unfortunately, her ex-spouse died at 65 in Jan 2022. She was married to him for 15 years before they went their separate ways. The ex-celebrity spouse is also the mother of three daughters with her late former husband.

The ex-couple were together since their teenage years. Bob was known for his role in the ABC sitcom Full House. For Saget, Sherri Kramer holds a far unique place, or so tells his biography, Dirty Daddy. The comic actor has mentioned that life after divorcing Kramer was a bit tough for him.

So, know why the couple decided to part ways in the first place? Also, read all about Sherri; from her early life to her current whereabouts? Is Bob Saget’s ex-wife Sherri Kramer remarried now? and more facts about her!

How Old is Sherri Kramer?

Sherri Kramer was born on August 8, 1956, in the United States of America. As far as her ethnicity is concerned, the ex-celebrity spouse is white Caucasian and belongs to an American nationality. Unfortunately, the information about her parents and other early details is still missing.

She went to Abington Senior High School. She later attended Law School at the University of Pennsylvania, and went to the bar of California in 1981, to become an attorney.

Sherri Kramer is an authorized lawyer by profession

Reportedly, Sherri Kramer Saget is registered under the State Bar of California as an attorney (admitted in 1981). She’s is currently “inactive, but is eligible to become active.”

Additionally, Kramer screen wrote and is the writer for the TV movie, Bob Saget: In the Dream State.

What does Sherri Kramer do for a living?

As per sources, Bob Saget’s ex-wife is reportedly a Marriage and Family Therapist. She mostly practices in Los Angeles, California. Her NPI number was registered in October 2007 and it was last updated in September 2009.

Sherri Kramer And Her Ex-Husband Were Dating Since High School

Kramer married Saget on 16 May 1982. They divorced on November 17, 1997. While no more together, the former husband and wife, have an amicable relationship; they are often seen commenting on each other’s socials.

Sherri was actually Saget’s high school sweetheart. As per Saget’s book, Dirty Daddy, the two started dating when he was 17. They had been dating since the mid-’70s.

Sherri’s daughter, Aubrey Saget is a painter. Her oil paintings focus on framing and pacing. Aubrey graduated from New York University, New York with a degree in MFA and BFA. She has done more than 16 art exhibitions.

Kramer’s other daughter, Lara is also an artist in addition to being a curator, and educator. Aubrey and Lara jointly own an art studio named Studio200nyc. In addition to being a yoga instructor, Lara’s professionalism includes glass-cast pieces of trees collected throughout the United States that are held together by their fallen pieces.

On the other hand, not much about her third daughter, Jennifer is known.

Is Sherri Kramer Remarried After Her Divorce From Saget?

Ever since her separation from her late ex-husband Saget, Sherri has remained tight-lipped. She never came forward with her relationship status. So, at present, there is no tabloid that has officially confirmed whether or not Kramer is remarried to anyone.

Besides, although Saget dated around after separating from Kramer in the ’90s, he didn’t remarry until 2018. The Temple University graduate later admitted that he didn’t think he would ever find true love again. He said he was kind of in that ‘just work, make people happy and take care of your kids until they’re ’90s mindset.’

Sherri’s former husband later married Kelly Rizzo, a travel blogger, from Chicago who is 23 years his junior. The wedding happened in October 2018.

Kramer Almost Died While Delivering Her First Child With Saget

According to Dirty Daddy, in 1987, when Sherri was pregnant with their first child, Aubrey, she almost lost her life. In the book, the comedian ex-husband of Kramer writes how having a difficult labor, doctors decided a C-section was necessary on her.

When they administered the epidural, the meds instead of going into the spinal column went into her bloodstream.

After that, the attorney mother of Lara flat-lined, and a code blue emerged. Saget remembers doctors frantically pounding on her chest restoring her heartbeat and then inserting catheters to remove the IV fluids that almost drowned her.

A nurse then reported to Bob that his wife had no brain activity.  Miraculously, Sherri survived after a nightmare of harrowing proportions.

Kramer and her new born-baby came home after six days. Saget says he and his family went through hell and back. After the incident, he and his wife never became the same.

Where Sherri Kramer is Now? Her Wealth

Reports say Sherri now resides in Los Angeles, California. While talking about her net worth, it is, however, still under review. On the other hand, her late ex-husband Bob had a total fortune of $50 million at the time of death in 2022.

A Brief About Sherri Kramer’s Ex-Husband

As mentioned her former partner Bob Saget was famous for portraying Danny Tanner on the ABC sitcom Full House. In the series, he acted alongside the names like John Stamos, Dave Coulier, Candace Cameron, Jodie Sweetin, and Scott Weinger as well.

Saget was also a cast member in the sequel Fuller House (2016-2020). Throughout his career, he had appeared in more than 40 series including special appearances in hits like Law and Order, How I Met Your Mother, and America’s Funniest Home Videos. He was the voice behind future Ted Mosby in How I Met Your Mother.

Furthermore, Kramer’s ex-spouse, Saget received the 2014 Grammy Award for Best Comedy Album for his collection, That’s What I’m Talkin’ About.

What was the cause of Bob Saget’s Death?

Her late ex-hubby was found dead on 9th Jan 2022 at the Ritz-Carlton in Orlando, Florida. He was 65 at the time of his demise. Talking about his cause of death, it was initially believed that Bob passed away from a heart attack or a stroke.

But, later on, some close sources told TMZ that the late TV host hit his head on something, which was reportedly the headboard. He had since been on comatose and never woke up and died from a brain bleed.