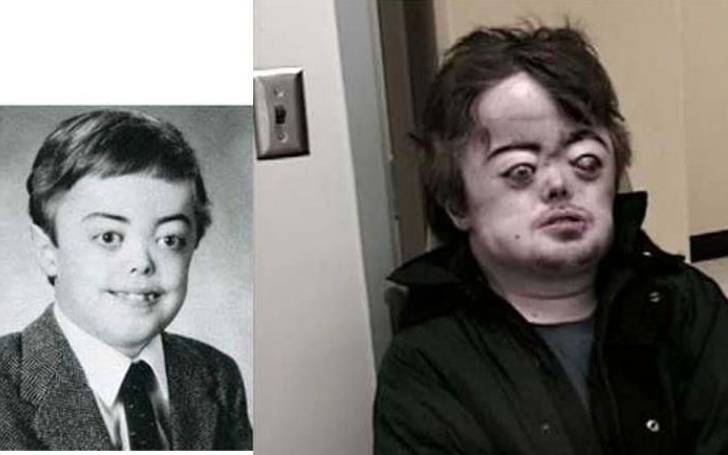 Brian Peppers was an Ohio native who gained prominence in the world via memes. The name itself may ring the bell of the 2000s Reddit memer OG’s as he was a trending form of entertainment.

He was a criminal and sex offender who went to jail for Gross Sexual Imposition in 1998. But, the main factor for his fame was his unusual face due to a medical condition called Apert Syndrome. The official photos of Pepper were published by the Ohio Attorney General’s Office itself.

After the photos went public, it took only a short matter of time for Brian to become meme material. Here, we will talk more about his life story, the real reason behind his internet fame, and his tragic death.

A Look Into Brian Peppers’ Life about- When Was He Born In?

Brian Joseph Peppers was born on 1st November 1968 in Toledo, Ohio, the USA to his parents Joyce C. Eggert and Bert Mahlon Peppers. He reportedly has a brother named Allen Peppers.

Besides this, information about his parents and his family’s current whereabouts is not known. It is believed that Brian was left at an unknown women’s doorstep by his parents shortly after his birth.

The woman reportedly raised him, put him in school, and treated him as her own child. However, schooling was a horrific experience for Brian as his classmates use to bully him, some were scared and often ran away due to his facial structure.

Moreover, he even started violating barn animals in order to satisfy his physical desires. In short, he was starting to turn into a sexual predator.

Sadly, his adoptive mother also left him to fend for himself. The series of unfortunate events led his mental health to degrade; he started growing weaker to the extent that he was unable to do anything.

What Condition Made Brian’s Face To Look Like That?

As we all know, disability comes in many forms due to many factors such as genes, intellectual, physical, acquired, or even accidental. And it is of no surprise that physically abled people are made fun of, bullied, and disliked once in a lifetime. Well, in Brian’s case, he was born with Apert Syndrome or Acrocephalosyndactyly.

Why Did Brian Peppers Go To Jail?

After his mother left him, Peppers went into the care of a nurse who was there to take care of his basic needs.

Undoubtedly, Brian became violent towards the nurse as well. Similarly, the nurse also revealed that he molested her, groped her, and even tore her clothes forcefully.

In response to the accusations, Allen claimed that Brain’s doing was only to get her care and attention. However, he was sentenced to thirty days in prison and about 5 years in probation in a nursing home for retards for Gross Sexual Imposition.

It was also revealed that he had sexual contact with a person who was not his spouse. Following this, his name was registered on Ohio State’s electronic sex offender registry.

How Did Brian Peppers Become A Subject Of Meme?

After being charged with sexual misconduct, Brian’s picture was publicly displayed by the Ohio Attorney General’s Office. This gave a few memer’s to leech off of his face turning him into memes.

Likewise, a user named @grimaf made a video entitled The Trust About Brian Peppers on the popular website known as YTMND. The video garnered a generous amount of views and people started to learn more about him.

Following the revelation, Allen also created an account on YTMND and wrote a letter dedicated to his brother. In the letter, Brian’s alleged brother talks in his defense and asks people to quit making fun of him.

Although many people thought that Allen was one of the people trying to leech off of Brain’s internet fame. Also, his real identity and relationship with Peppers were never confirmed.

Brian Peppers Passed Away From Heartattack

Brian died at the age of 44 due to his failing health condition, all thanks to his excessive alcohol intake. He died on 7th February 2012 from heart failure.

As per reports, Brian was buried in the Ottawa Hills Memorial Park in Lucas County, Ohio. Although he was made fun of, mocked, and bullied most of his life, his death was able to wake people up leading them to stop making fun of his disability.

People who knew Peppers in real life describe him as an easy-going lad who just wants society to accept and understand him the way he was.

As of 2022, no news of his alleged wedding or wife has hit the internet. It is believed that Brian was single and not married at the time of his demise.

In fact, there are no reports of him being in any kind of romantic relationship.

7 Celebrities Who Committed Suicide; What Was The Reason?