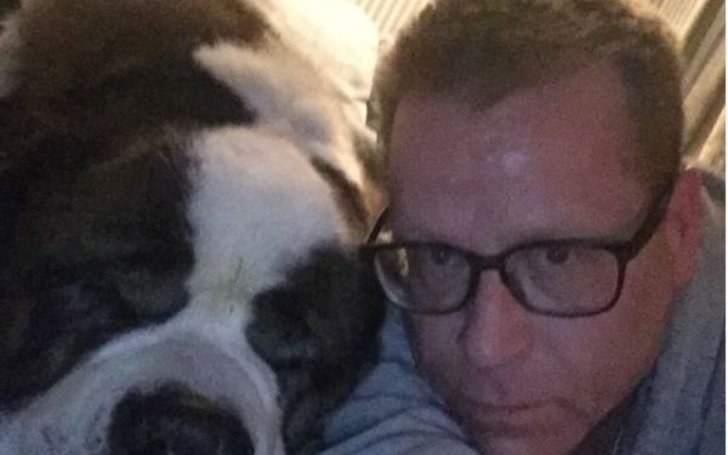 Bruce Bealke is an American attorney famous as Willam Belli‘s husband. Willam is famous for appearing in the fourth season of RuPaul’s Drag Race. During his appearance in the show, he became the first contestant to ever get disqualified.

Ever since appearing in the show, Willam’s fame grew exponentially and so did curiosity about his husband Bruce. When did they first meet? How long have they been married? Fans have been asking all sorts of questions.

Today in this article, we shall give you an insight into the life of Bruce and Willam and find out if they are still married. Further, we will also lay out some interesting facts about Bruce Bealke.

Bruce Bealke moved around quite a lot during his childhood

Bruce Bernard Bealke was born on November 4th, 1962. The Bealke family is a native of Missouri. He is an American by nationality and belongs to the Caucasian ethnicity. He has Danish ancestry.

Bealke grew up in Saint Louis. Moreover, he moved around a lot while growing up. Bealke is a private person and doesn’t like to divulge much about his personal life in the media. Thus, there isn’t any information regarding his family.

Bruce is a well-educated man

After completing his formal education from the state of Missouri, he enrolled at the University of Missouri-Columbia in the year 1981. Upon graduating from college with a degree in journalism, he joined the master’s program.

For further education, he attended the Saint Louis University School of Law. He passed out in the year 1988 with a Doctor of Jurisprudence (J.D.) in Law.

You may also like: What you need to know about RuPaul’s husband Georges LeBar

Well, going through his education portfolio, we wouldn’t be too surprised to hear that Willam fell in love with Bruce for his intellect. After all, smart is sexy.

Before he met and married Willam, Bruce was living a life without cameras. Nevertheless, ever since Belli entered his life, among many other things, he changed his life.

Let’s take a look at their relationship and find out if they are still together or have been separated already.

How did it all begin? When they first met, Bruce was apparently fresh out of rehab

In the early 2000s, Bruce moved to the state of California. Then in the summer of 2002, he and Willam met each other for the first time. At the time of their meeting, Bruce was in his early 40s while the drag queen was in his late teens.

According to Willam, when they came across for the first time, Bruce was broke and had just finished his rehabilitation.

Their relationship gained media coverage after Belli appeared in RuPaul’s Drag Race, however, Willam had to face severe criticism. Why, you say? Well, because people thought that the drag queen is married to Bruce for his money considering the massive age gap between them.

Nevertheless, Belli silenced all the haters after he shared his side of the story. In his Tumblr account, he wrote,

“He (Bruce) was dirt poor, fresh out of rehab and I was paying the rent (in the Valley- that’s where Cher got mugged in Clueless for those non-Angelenos) for the first year so DO NOT be saying he was ever a sugar daddy or I was with him for money.”

Bruce married Willam a few years after they started dating

Since they started dating, their relationship was sailing smoothly. Thus they decided to take the next big step and get married. They married on September 8th, 2008.

Not much detail is out there regarding their nuptials. Considering the fact that Willam was a relatively unknown face back then, we are not surprised due to the lack of information.

Although they were happily married, many sources claimed their relationship isn’t real. After all, Willam used to openly flirt with boys during his appearances in several drag shows.

Nevertheless, many of his fans were then quick to shut down all the loose talks and even claimed that Bruce and Willam share an open relationship.

In fact, Willam mentioned the same thing during his interview with A&U Mag. He said, “My relationship is undefined. We’re very open with each other.”

Are Bruce and Willam still together? Rumored to be separated

Well, this might come as a total surprise to many of you but it looks like Bruce and Belli are no longer married. Initially, we came to know about their separation when Willam revealed it in one of his YouTube videos.

In the video titled, Assumptions w/William uploaded back in September 2019, Willam answered many of his fans’ assumptions about him. Answering one of his fan’s assumptions, ‘That you’re happily married,’ he said, ‘I am not anymore. I am single, I am separated.’

Unless Willam is not kidding, the couple is no longer together. The video is from 2019 which means they have been separated for quite some time. The only thing that remains to be found is if the couple has also been divorced or not.

What is Bruce Bealke doing nowadays?

Bruce is an attorney primarily working as an entertainment attorney. He has worked for several firms including Shea Stokes & Carter. Moreover, in his LinkedIn account, he has stated that he is the co-founder of Nolitedolum.

Besides, he was also the Vice President at GJS Re, a reinsurance intermediary, and worked as the Chief Claim Officer for CPS/LitNeutral. As of now, he is living at his West Hollywood residence in California.

Aside from his career as an attorney, Bruce once had an invention patented under his name. In 2003, he invented the Computerized settlement method alongside his former boss, Lawrence Shea. Furthermore, he once appeared in the series, When We Rise alongside Willam.

How much is Bruce’s net worth?

From time and time again we’ve heard rumors that Bruce is a rich guy. Well, going by his professional portfolio, no wonder there are such rumors.

All things considered, he currently sits at a comfortable net worth of $1 million. Meanwhile, his ex-husband Willam is worth $500,000.

Moreover, the user also claims that Bruce is the father of two kids.

From the post above, it is evident this user is a troll and not Bruce’s wife.