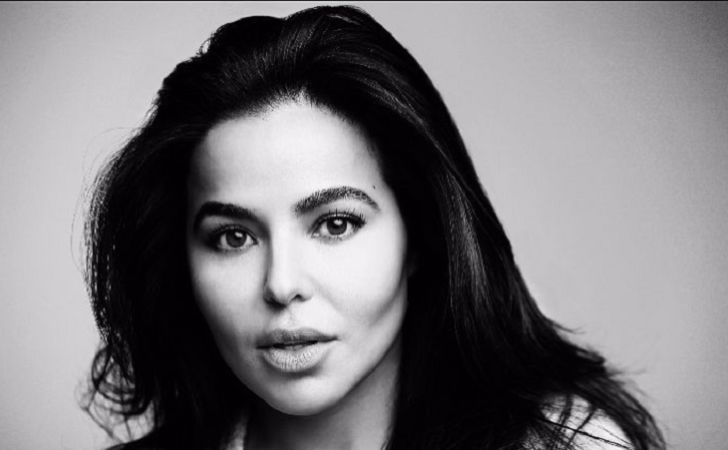 Jahira Dar is an actress, a former stylist, and a wardrobe consultant. At present, Dar works as the Creative Director at Cesar’s Way Inc. As an actress, Dar was also a part of a documentary named Cesar Millan: The Real Story, on Nat Geo Wild. Though she leads a successful career, Jahira gained fame only after she began dating Emmy award-nominated Dog Whisperer Ceasar Milan.

As of now, Jahira is engaged to her boyfriend-turned-fiancee Ceasar. If you are unaware, her fiancee was married in the past but he went through a tragic break-up. But since Dar and Millan are already engaged, what are their wedding plans?

In this article, we are going to talk about her multiple professions, age, net worth, and several other interesting facts. Let’s take a look!

Dar was born on February 1, 1985. As of 2022, she is 36 years of age. She was reportedly born in the United States and is an American in terms of nationality. Likewise, her ethnicity is mixed.

Besides, Dar comes from a fairly academic background. Though it is not confirmed yet, she has a degree in fashion design and even pursued a career in the profession briefly.

Professional Life: What Does Jahira Dar Do For a Living?

Talking about Jahira Dar’s career, she is an actress by profession. As an actress, she appeared in a documentary series about her then-boyfriend, Cesar Millan: The Real Story. In the series that was directed by Doug Shultz, she played Cesar’s girlfriend.

Similarly, Dar worked as a stylist and a wardrobe consultant in the past. During her profession as a consultant, Dar dealt with promoting, advertising, and advising clients with fashion trends including makeup, shoes, clothing accessories.

While she has quite the job at present, Dar is currently employed as Creative Director at Cesar’s Way Inc.

Jahira Dar Is Engaged To Her Long-Term Boyfriend Cesar Millan

The 36 years old Jahira has been in a long-term relationship with dog behaviorist Cesar Millan. In fact, the couple is already engaged. They got engaged on April 25, 2016. Dar’s finance even made a beautiful post on Instagram the same day announcing their engagement.

He posted the photo of them together where he kisses her hand. In the caption, he wrote,

I’m so happy!!! She said yes!!! I always knew that I wanted someone to share my life with who was sweet, adventurous, honest, and loving, but I got more than that! She is beautiful inside and out, extremely supportive of my entire family and me… AND SHE LOVES DOGS!

The most interesting thing is that the proposal came as a surprise for Dar. As per the reports, just days before the proposal, Dar and Millan were vacationing in Spain and were supposed to head to Italy, but in the meantime, he changed the ticket to Greece.

Thereafter, the couple had dinner at the top of Mount Lycabettus, in Athens, where the dog behaviorist popped the question, with violin playing in the background. Well, in a conversation with People, Cesar stated,

I wanted the proposal to be special and to surprise her, so I spent months planning our trip to Greece. I am still proud of myself that I never gave it away!

The two got engaged after dating for over 6 years.

How Did Jahira Dar Meet Her Fiance Cesar Millan?

The couple met for the first time back in 2010, at the Dolce & Gabbana store, where Dar worked as a salesperson. At the time, Cesar had just divorced his first wife Ilusion Millan.

In one of his conversations with People, Millan even stated that Dar came into his life at the very right time. At the time he had just broken up with his wife and was coping up with depression. He stated she helped him put together and come out of the hard time he was going through. He said,

Jahira came into my life at just the right time. She was instrumental in helping me rebuild my life and my family after my divorce and break from the Dog Whisperer television show. She is compassionate, gentle, instinctual, spiritual, intelligent, fun, strong, adventurous, and loving

Jahira and Cesar are together for over 10 years and engaged for more than 5 years. With that, there is an obvious question; what are their wedding plans?

Well, it looks like the couple has no plans to tie the knot any time soon. So far, neither of the two have stated their plans to walk down the aisle. It seems they are pretty much satisfied as an engaged couple at present.

Talking about Jahira’s children, she does not have any as of yet. But she is a stepmother to two kids from Cesar’s relationship with his ex-wife Millan. Their first child Andre Millan was born in 1995, whereas their second kid Calvin Millan was born in 2001.

As a stepmom, Jahira shares a great relationship with both of her step-sons. As of now, she has not revealed any plans to have kids. Hopefully, we will get to see her as a doting mother very soon.

Jahira Dar Fiance Attempted Suicide After Divorce With His Wife

Prior to beginning a relationship with Jahira, Cesar was married to ex-wife Ilusion Wilson. They married in 1994, but almost after 16 years of marriage, their relationship turned sour. Soon enough, he came to know that his wife was planning to divorce him. Meanwhile, he also lost his dog.

A series of tragic incidents took a toll on him, which led him to take a decision to take his life. Fortunately, he fought death, but he later talked about the incident to Kate Snow on Today, saying,

I made a decision. I took a whole bunch of pills and tried to kill myself. My kids found me. I remember the kids saying that I said, ‘Take me to the ranch. I want to die with Daddy.”

What is Jahira Dar Net Worth?

As of 2022, her estimated net worth is $800,000. She has racked such a good fortune from her various works. On the other hand, her dog-trainer and author husband Millan has a $25 million wealth at present.

Is Dar On Social Media?

Despite being in a relationship with a famous partner, Dar prefers to live a private life. To the extent that she is not on any social media platforms, be it Facebook, Instagram, or Twitter.

Who Is Calvin Millan? Everything About Cesar Millan’s Son