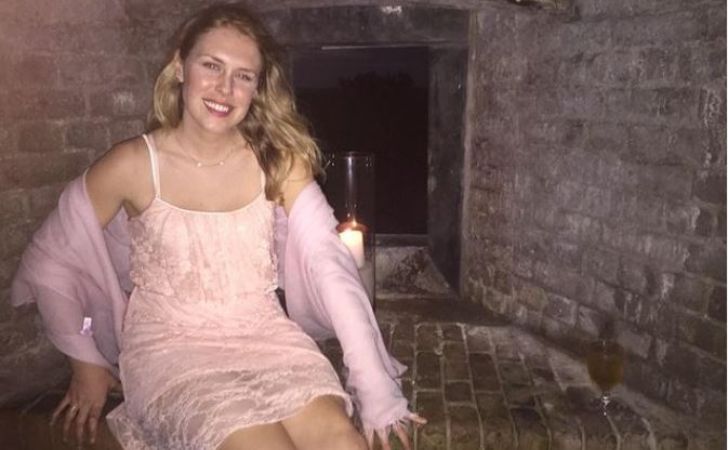 Cydney Cathalene Chase is an American singer, songwriter, & actress. Besides, she is also a successful painter and an avid yoga practitioner. However, she is most famous as the daughter of American actor and comedian Chevy Chase.

Her father has appeared in dozen of movies and TV series which include Seems Like Old Times (1980), Modern Problems, & many others. Talking of Chevy’s daughter Cydney, she is a married woman. But who is her husband? Does she have any children from her marital relationship?

Here, we have brought to you every detail about Cydney’s personal and professional life. Let’s get started.

Who Is Cydney Cathalene Chase?

Cydney Cathalene Chase is the daughter of father Chevy Chase and mother Jayni Chase. She was born on January 4, 1983, in the United States as the oldest daughter of the couple. As of 2022, she is around 39 years of age.

Talking about her education, she did her high school at The Lawrenceville School from 1999 to 2002. The same year in 2002, she joined Princeton University, where she received her degree in arts.

Eventually, in 2006, she joined Art Students League, where she involved herself in Oil Painting the Figure and Landscape; Surrealism. Likewise, from 2011 to 2015, she attended Bard College, where she received her bachelor of arts degree in theatre arts.

Cydney Cathalene Chase Career: She Was An Yoga Instructor In The Past

In her decades-long career, Cydney has her hands in different professional fields. While she is an established singer and songwriter at present, she worked as a yoga Instructor in the past.

As per the reporters, she worked as a yoga instructor at Scatico from June 2013 to August 2013. Eventually, she also employed herself as Vinyasa Instructor at Rainbow Body Yoga from August 2015 to September 2015.

Her Singing & Other Artistic Works

Like we said earlier, she is a self-employed singer and songwriter at present. On her Linkedin profile, she has stated herself to be employed as a Singer-Songwriter at her firm “Cydney Chase.”

Apart from this, she is also a guitarist, composer, piano player, and actor. She reportedly trained as an actor at ATC and Bard Colleg. Moreover, she is also into various kinds of painting including oil painting.

Apart from all her other works, Cydney also served as an Office Assistant at Private Dermatology Practice from September 2016 to April 2017. Moreover, she has also been working as a Concierge at Inward Point since May 2018.

Not many know, but Cydney is a married woman. She is married to her husband named Ryan Bartell. Though the couple has not revealed their wedding date, they are apparently together for a while now.

Also, they have not revealed the details about how and when they began dating. Anyway, Cydney and her husband Ryan seem pretty much into one another. In fact, they love to travel together and are often on vacation together.

Moreover, they often share their photo together on social media which show the kind of love they have for one another. We hope their relationship continues.

Does Cydney have any children From Her Marriage?

Though she is married to her spouse for a while they have not welcomed any kids. In fact, the duo does not seem to have any plans to welcome kids any time soon.

How Much Is Cydney’s Net Worth?

With her successful career, she undoubtedly leads a luxurious life. In fact, her earning is expected to be pretty high, however, she has not revealed her net worth so far. On the other hand, her father Chevy Chase has a net worth of $50 million.

Well, like most of the other celebrities, Cydney is a big fan of social media. She is very active on Facebook and Instagram. She loves posting her daily life on Instagram and Facebook. So far, she has even amassed over 1461 followers on her Insta, where she goes by Cydney Chase-Bartell.