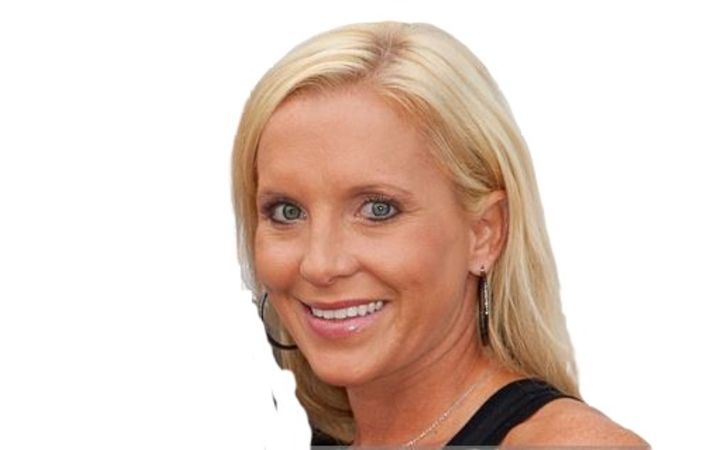 Cara Kokenes, also recognized as Cara Kokenes Knight, is the fourth wife of actor Christopher Knight. But luckily, her identity is not limited to being a celebrity spouse. She comes from an educated background with several respected educational degrees to her name. Apart from this, she has also been a successful fitness model and has even won several competitive titles including Ms. Fitness USA & MS. Fitness Universe.

Similarly, along with a fruitful career that she has lived, the romance side of her life is also equally interesting. She married her now-husband Christopher in 2016, and are together for a while now. But how is their life as a married couple? Do they have any children?

Find out all the details about The Brady Bunch’s Christopher Knight’s spouse Cara Kokenes.

The beautiful Cara Kokenes was born on October 6, 1975, in the United States. While Cara has not shared much about her parents, she flaunts her education degrees from renowned Universities.

After high school, she attended Miami University with a B.S. in Exercise Physiology, and later also received a B.A. in psychology. Thereafter, she joined Eastern Illinois University, where she finished her Master’s Degree in Kinesiology with a specialization in Cardiac Rehabilitation.

Kokenes has been leading a successful professional life. From competing in beauty pageants and working a fitness trainer to having an Influence in the media industry, Cara has had it all in a span of a few decades.

Let’s discuss her professional life one at a time in this article.

She Is a Former Fitness Model

As we mentioned above, Cara was into fitness in the past and has even been in competitions. As per the reports, she has even won several national titles including for Uneven Bars and Vault.

Along with this, she has also been victorious as a fitness model, wining titles like Ms. Fitness USA and Ms. Fitness Universe. Along with fulfilling her fascination for fitness, she has a strong grip in the sales business.

Also Read: Meet Some Top Instagram Bikini Model You Will Love To Watch

She Is Into Sales

Starting out as a fitness model as a part-timer, Cara Kokenes also pursued a career in the sales business. As per her Linkedin account, she first started working as a Data Solutions Specialist at Optimus Solutions. There she worked from 2000 to 2005.

From 2005 – 2011, she worked as a Power Systems Sales Specialist at IBM. In 2011, she was promoted as IBM North America Software Partner Representative. Eventually from 2015 to October 2019, she was a Channel Manager at Arrow Electronics. However, since Oct 2019, she has been working as General Manager at Christopher Knight Brands.

Cara Kokenes Is Married To Husband Christopher Knight: How Is Their Relationship?

As we have mentioned above, Cara Kokenes is a married woman. She is married to American actor and businessman Christopher Knight. The couple tied the knot on November 5, 2016, on a yacht in the middle of Lake Michigan.

Though their wedding is a recent affair, the couple has known each other since 2012, and it looks like they are going pretty strong in their relationship. In August of 2020, Cara posted a photo of her with her husband Christopher Knight, celebrating their 5th engagement anniversary.

No doubt, the two look pretty adorable together as a couple.

Though Christopher and Cara are married for over four years, they have not welcomed any children yet. Moreover, they have not even shared any baby plans as of now. However, we hope the duo gives us good news soon.

Cara And Christopher Have Great Compatability

Great compatibility between a celebrity couple is very rare. But when it comes to Cara and Christopher, the duo breaks the stereotype. In a marriage exceeding 4 years and togetherness of 8 years, there have been no reports of conflicts between the couple.

In fact, their social media post are pretty suggestive of the great compatibility that they share. The couple loves going out together on Vacation and celebrate every event together.

Be it wishing a birthday or celebrating their anniversary together, the couple is always there for one another. Anyway, we wish them years and years of a successful marriage.

Cara Kokenes Knight Husband Had Married Thrice In The Past

While Christopher’s relationship with his fourth wife Cara is going great, he has been in three unsuccessful marriages in the past. He married Julie Schulman in 1989 and later divorced in 1992.

Later, he married the American model and the winner of America’s next top model, Adrianne Curry. They tied the knot in 2006, but unfortunately, after 7 years of marriage, the couple called it quits and divorce in 2016.

Prior to Adrianne, Christopher was in a marital relationship with Toni Erickson from 1995 to 2000.

She Lives a Wealthy Life

As a successful personality and the wife of a famous husband, Cara definitely leads a luxurious life. Moreover, as the General Manager of a renowned company, her salary is expected to be pretty high. However, when it comes to the exact sum, she has not yet revealed her net worth.

On the other hand, her beau Christopher is pretty huge with over $10 million in net worth, as per Celebrity Net Worth.