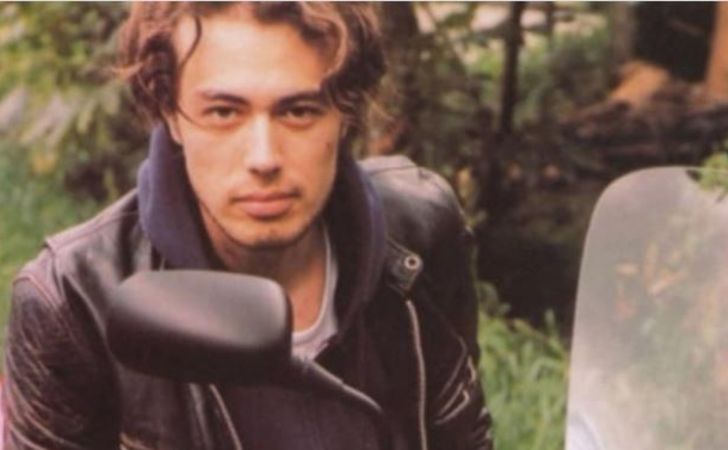 Kentaro Seagal is a Japanese actor famous as Sid for his appearance in the 2005 movie Death Trance. He has appeared in a few other movies like Seamless (1999) and Pî-Pî kyodai (2001) as well. Apart from his popularity as an actor, he is also known as the oldest son of American actor Steven Seagal.

But despite being a star kid and making appearances in a few successful projects, Kentaro has lately turned into a virtual recluse. Well, what about his love life? Is he married? Does he have any children?

Find everything in relation to Kentaro’s career, relationships, and finances in this article.

Kentaro was born on October 3, 1975, in Osaka, Japan, to father Steven Seagal and mother Miyako Fujitani. He did his schooling at Brewster Academy and later finished his graduation from Brewster Academy, in Wolfeboro, NH.

Kentaro is not the only child of Steven. He has a younger sister Ayako Fujitani and five half-siblings from Steven’s other marital relationship. Ayako is a successful Japanese actress and is known for her work in movies like The Patriot (1998), Gamera 3: Revenge of Iris (1999), and many others.

Similarly, his half-siblings Annaliza, Dominick, Arissa, Savannah, are also more or less in the entertainment industry. While Arissa leads a successful career as a model, Dominick is an actor and producer as well. He also has another half-sibling, Kunzang Seagal, from his father’s latest relationship.

Kentaro Does Not Share a Very Good Relationship With His Father

It might be an interesting fact to know, but he does not have a good relationship with his father. In one of the interviews with Radar online post-Steven’s sexual harassment accusation, Kentaro candidly mentioned that he doesn’t talk to him anymore.

When asked about his father’s sexual harassment, he said that he had no idea about it and that he is unbothered about it. He said,

I don’t know anything about it,” revealed Kentaro, who’s also a model and an actor. “I’m not doing anything at all. I’m not not supporting him or supporting him, you know… he’s just my father and that’s all it is

Career: Kentaro Seagal Has Appeared in a Few Movies

Though Kentaro has lately disappeared from the entertainment industry, he has a few movies to his name. he made his film debut back in 1999 appearing in the film Seamless. In the movie, he played a character named J.B.

His second film came in 2001, where he appeared in the movie Pî-Pî kyodai, where he portrayed the character named Tatsuo. Likewise, one of his most successful movies includes Death Trance, released in 2005. In the movie, he played one of the leads named Sid, along with other actors including Tak Sakaguchi, Takamasa Suga, and a few others.

Kentaro Seagal Is Married: Who is His Wife?

He has not made any public appearances with his wife for a long time. Thus, not much is known about the current status of his marriage. Hopefully, the actor comes out to talk about his love life & relationships.

No doubt, the couple looks adorable together.

What Is Kentaro Seagal’s Net Worth?

He undoubtedly has had a successful career. Further, with his appearances in a few movies, he has earned a decent sum of money. As far as his net worth is concerned, he has a net worth of around $500 thousand as of 2022.