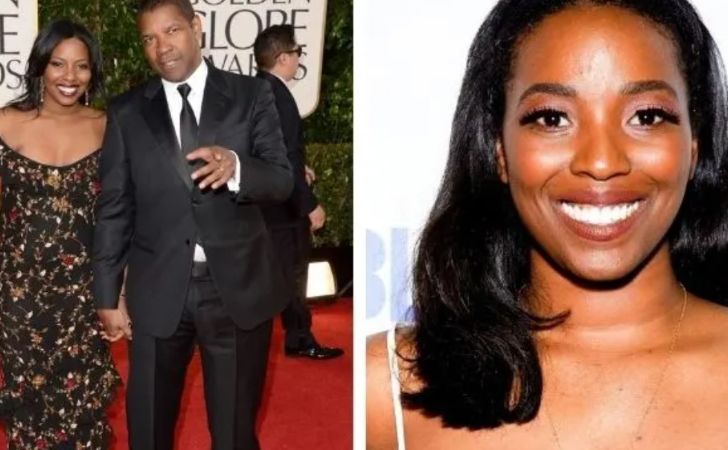 Olivia Washington is an actress and a model who has made a prominent appearance in blockbuster movies like The Butler. Apart from this, she is also a celebrity child born to her superstar dad, Denzel Hayes Washington. Her father is an American actor, director, and producer as well as the recipient of multiple accolades.

Like Olivia’s dad, her mother Pauletta Washington is also an actress. As most of the family members of the Washington family are in show business, Olivia is no exception.  Following in her parent’s footsteps, she has been able to pull her career off in the same industry. She has made notable roles in dozens of movies and TV series and has made her name on her own.

On the other hand, despite being a media person, Olivia doesn’t like to share her personal life with the public. She is not active on social platforms like Instagram and Facebook. Regardless, we will try to find everything about the star kid. Is she dating a boyfriend or has a husband? What movies has she played in?

Learn about Olivia Washington’s life in the article below surrounding her height, love life, boyfriend, net worth, and more!

She was born Olivia Rashelle Washington on 10 April 1991, making her 31 years old as of 2022. She was born in Los Angeles, California, US, under the sign Aries and holds American nationality. Furthermore, she belongs of African-American ethnic descent and follows Christianity.

As a child, she always had a keen interest in dancing and acting. She was also part of drama clubs and actively participated in her academy plays when she was in high school.

Talking about her academic qualifications, she graduated from New York University. Before that, she enrolled in a private school in her hometown.

Olivia’s Physical Appearance; What is Her Height?

She is a beautiful model with black hair and a beautiful black set of eyes. As of her height, she stands 5 feet, 8 inches.

Olivia Washington’s Parents; Her Dad is a Superstar

The model is born to her father Denzel Hayes Washington Jr. and mother Pauletta Washington. Her dad is an American actor, director, and producer who has also won multiple accolades. Denzel is a winner of two Academy Awards, three Golden Globe Awards, two Silver Bears, and a Tony Award. He is notable for his work in movies like The Hurricane, Remember the Titans, Training Day, and many more.

Similarly, her mother is also an actress popular for the movies like Philadelphia (1993), Antwone Fisher (2002), and Genious (2017). As both Olivia’s mom and dad are in the show business, she is also in the same industry following in her parent’s footsteps.

Is Olivia Washington a Twin? All About Her Siblings

Yes, Olivia is a twin child of Denzel and Pauletta. She has a twin brother named Malcolm Washington. They are also the youngest child of their parents.

Growing up, the twin siblings had a different sectors of interest. However, they both indulged in the entertainment industry just like their parents. Malcolm is a director and a producer and has worked on various productions like his dad. On the contrary, Olivia chose to become a model and an actress.

Apart from a twin brother, Olivia also has an elder brother John Davis Washington and an elder sister Katia Washington. Her older brother is also an actor whereas his sista is into film productions. All her brothers and sisters have successful careers and have led busy life.

Does Olivia Have a Husband Or a Boyfriend?

As of now, the model hasn’t spoken of anything regarding her love life. Nevertheless, according to the reports, Olivia is not married and does not seem to be dating any boyfriends. It looks like she is focused on her career at the moment and hasn’t planned to marry to date.

Having said that, since the actress doesn’t share her personal life on social platforms, we cannot surely say if she is single. The 31-years-old could be possibly dating a man but maybe she has simply maintained privacy about the matter. Anyway, we hope Olivia will reveal her relationship in the near future just in case she is involved in one.

Olivia Washington Has Appeared In Many Movies & TV Series

As we mentioned earlier, Olivia is a model and an actress, she has made appearances in multiple movies and TV series. Following the same path as her parents in the film industry, she is successfully making her career and her own identity.

Well, as the actress always had an interest in acting since her childhood, she used to do plays in her high school. Her parents were very supportive and following this, she started appearing in short dramas on TV. Eventually, Olivia started getting prominent roles in films by significant directors.

Though Olivia then made appearances in multiple movies, she got stardom after she starred in the movie The Butler by Lee Daniels. It was an American historical drama that was a blockbuster hit.

Likewise, she is also featured in TV series like Empire, Mr. Robot, She’s Gotta Have It, and more. Besides, Olivia has played in dozens of movies such as The Tragedy of Macbeth, A Holiday in Harlem, and The Little Things, to name a few.

What is Olivia Washington’s Net Worth?

Well, looking at Olivia’s flourishing career in Hollywood, the actress must be a millionaire. Her net worth as of 2022 is $3 million. She has made her worth by doing numerous movies and TV series.

Meanwhile, her dad Denzel Washington has total assets worth $280 million. As famous celebrities in the film industry, no wonder the father and daughters are earning millions.