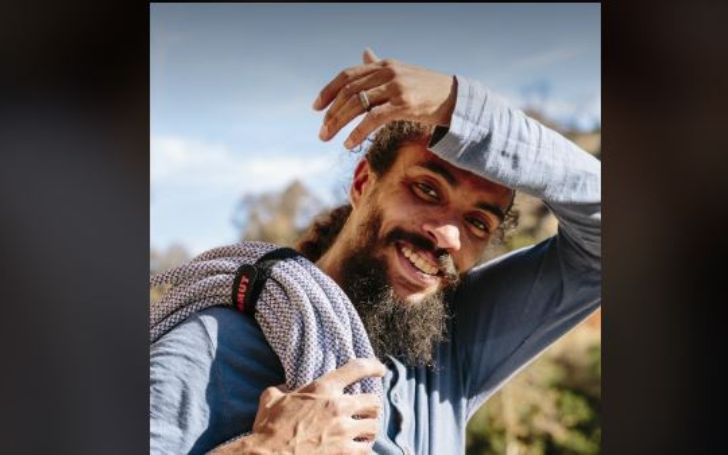 Ross Naess is an LA-based nightclub manager, a former barber shop owner, and an occasional mountaineer. He though is better known as the son of the Ain’t No Mountain High Enough singer and actress Diana Ross and her former late husband and Norwegian mountain climber, Arne Naess Jr.

Naess is one of the five children of the 12 number one hit singles singer Diana from her two marriages. Almost all of his siblings and half-siblings are well famous even if not to an extent of their singer mother, Diana.

While Naess too is somewhat in the interest of the public though he has relatively stayed low-key compared to his famous parents and siblings. So read a stretched wiki on him; his childhood as the kid of the Golden Globe nominee singer and a veteran mountain climber, his youth, career, relationship, and more.

Ross Naess Is A Night Club Owner; His Other Works

The son of Diana, Ross Naess was born on October 7, 1987. He is a nightclub and a former barbershop owner in Hollywood. His Instagram reports him as the co-founder of Warwick nightclub in Los Angeles. He additionally was the owner of the since closed Like A Gentleman barbershop in Hollywood.

Ross is also a mountain climber just like his father, Arne Naess Jr was. Naess further is a producer on the entertainment front. In fact, he has also been in the movie industry.

Ross was an executive producer for the 2014 documentary film, Acid Girls. The 34-year-old apparently also is the co-founder of Untapped, a Music festival organizing company. He is likewise the owner of a restaurant named, The Hideaway.

Naess’ parents, Diana Ross and Arne Naess Jr, the late businessman and the Scandinavian met each other when they both were on a holiday in the Bahamas. They married in 1985.

Diana has often stated that Naess’ father was her great love. Her son, Ross once said his Oscar-nominated mother talks about him all the time.

Naess’ parents, Diana and Arne ended their marriage in 2000. They were husband and wife for 15 years. Diana’s marriage to Ross’ father, Arne was her second.

The Mahogany singer was first married to Robert Ellis Silberstein from 1971 to 1977. Arne too had a son, Christopher, and two daughters, Katinka and Leona from his first wife.

Ross lost his father, Arne Naess Jr in January 2004. Arne died tragically in a climbing accident near Cape Town in South Africa. The Norwegian businessman/adventurer was then 66.

Naess says he was in his biology class when he heard about his father’s death. After the Norwegian entrepreneur’s death, Naess and his brothers would develop a close relationship with their mother Diana.

Arne Naess often took Ross and his siblings on a holiday in Norway every summer when they were kids.

Naess has one younger brother, Evan Ross, the brothers-duo were the only children that Arne and Diana had when they were together. Though the former couple also had several other children from each of their other relationships.

Ross’ younger brother, Evan Olav is an actor who played in the Hunger Games franchise. Evan who is also an artist is married to a fellow singer and the Pieces Of Me songstress, Ashlee Simpsons.

One of Naess’ siblings, Tracee Ellis Ross is an actress known for playing one of the leads in the ABC series, Black-Ish. She was born through Diana’s marriage to Robert Ellis Silberstein.

Naess Relationship With His Wife, Kimberly; How Did They Meet?

The now 34 years old Ross Naess is the husband of a wine company owner, Kimberly Ryan Naess. Together, the couple is also parents to two children, Leif Arne, and Indigo Shadow Naess. Ross met his wife Kim in Los Angeles in the mid-2000s through a mutual friend.

After their first meeting, they ran into each other several times when they were both in the same cities. Then one day, Ross invited Kim to a get-together at his apartment. Sometime after that, the couple ultimately began their relationship.

To say precisely, it was Kim who had asked Naess out for a date as the Endless Love singer’s son was heading to college in the fall of 2006 and thought long distant commitment wasn’t going to work. Ross asked Kim to marry him on their 10th anniversary at Malibu Creek State Park.

The couple, however, was already pregnant at the time with their first child. Naess had promised the mother of his children that he would propose before the birth of their first kid.

For the engagement, Naess himself poured his vision on the ring and it was Bunny Bedi’s Made In Earth who created it. The circlet apparently was more unconventional; it included a raw stone within the surrounding of black diamonds. The Special Tony Award winner’s son, Ross married his wife Simpson in the summer of 2017.

Ross Naess And Kim Had A Beach Wedding

Before the wedding, Naess and his partner Simpsons were together for 11 years. They had lived in six cities, and were parents to three dogs and a son by the time they celebrated their nuptials.

For their wedding venue, Naess and Kim went with the place close to their Northern California home at Rancho Dos Pueblos in Santa Barbara. The place boasted shaded woodlands, a private beach, and rustic ranch settings.

The wedding lasted for three days. The couple facilitated their guests with luxury tents overlooking the Pacific Ocean.

Among the marriage attendees were their son, Leif and the bride was also already seven months pregnant with their second child, Indigo. Naess’ bride, Kim’s white and gold Maria Koovilas gown came from designer, Maria Korovilas and the big day had a bohemian theme.

The groom, Ross Naess, on the other hand, sported a classic black Ralph Lauren tuxedo and top hat.

Naess and his spouse Kimberly’s wedding was an entire family affair. Ross’s mother, Diana officiated the union while Naess’ nine of ten siblings attended it.

Naess Father Was Quite Rich; How Much Did He Inherit From Him; What Is Ross’ Net Worth?

Both of Ross’ parents were extremely wealthy with his father leaving behind a business empire worth over $500 million and his mother, Diana with a net worth of around $250 million. However, the suchlike estimates of Naess are yet to be worked out or laid bare in the open.

It is also open to the question of how much did he inherit from his father’s massive fortune. Though the speculations and as per some insiders, each of Arne’s children benefited quite a lot from their old man’s empire and allegedly are still getting some from his ongoing businesses.

What’s more, Ross on his own is also a fairly successful businessman with the ownership of a nightclub in LA and some other business ventures. Considering all that & his social media lifestyle, one could say Naess at the very least has a net worth dwelling in the region of millions of dollars.