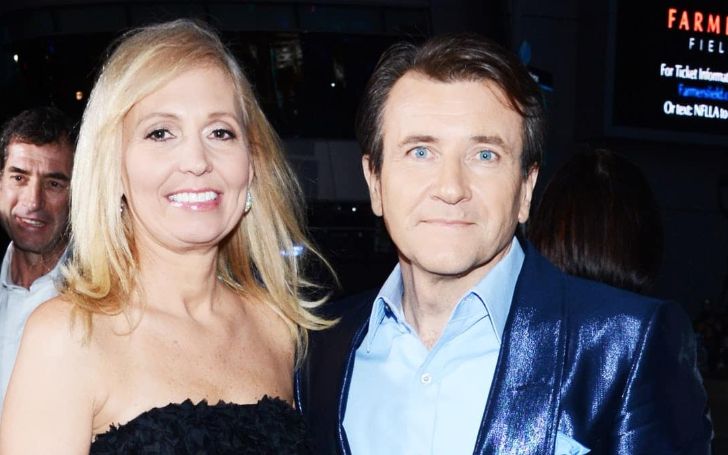 Diane Plese is an American ophthalmologist. Besides, she is well-known as the ex-wife of famous Canadian businessman, entrepreneur, and television personality, Robert Herjavec. Herjavec is famous for his appearance in the ABC show Shark Tank in which he is working since 2009.

Many of Herjavec’s fans know Plese as his ex-wife rather for her profession. So, we are here to quench your curiosity about Diane Plese’s career, net worth, married life, and all. Let’s start.

Diane Plese was born in Toronto, Canada to Croatian immigrant parents. Her parents relocated to Canada in 1959. As per some online sources, Plese was born the same year as her parents moved to the North American country. Diane holds the dual nationality of Canada and Croatia.

Plese Met Ex-Husband Herjavec as one of her Patient

According to National Post, Diane Plese met the television star and investor Robert Hejavec as one of her patients in the late eighties. Herjavec, who was around 26 and not very popular at the time and had an eye appointment with her.

The outlet reported Plese told that it was love at first sight for her ex-husband Herjavec. “He’s so excited about life. How can you not want to be with someone who is so happy and motivated?” said Plese.

She Was Married to Robert Herjavec for Over Two Decades

Plese and Herjavec’s love story is not that we often come to hear about. The pair met in the late ’80s and reportedly started dating shortly after. After a couple of years, Plese and Herjavec married in 1990. Following their marriage, Herjavec saw a significant rise in his career as an investor.

Plese and her ex-spouse, Herjavec gave birth to three children. They have two daughters, Caprice Herjavec and Skye Herjavec and a son, Brendan Herjavec.

Unfortunately, after nearly 25 years of blissful marriage, Plese and Herjavec decided to go their separate ways. They officially split in July 2014 and finalized their divorce in early 2016.

Did you know: How did actress Frances Conroy lost her eye? All the interesting details of her life

According to Toronto Sun, Diane Plese received a total of around $25 million as part of spousal support following her divorce with her ex Robert Herjavec. The outlet said an Ontario Superior Court judge ruled Herjavec to pay his ex-wife $125k a month in support.

Before the Ontario court added the amount of alimony, Plese had already received $20 million property from her marriage before their divorce was finalized in 2016.

Reason for Their Divorce: What is Diane’ current relationship status?

The long time married couple ended their bond in 2014. Even though it has been more than four years since they legally divorced, none of them have revealed the cause for their separation.

Meanwhile, some sources speculated Robert’s infidelity brought differences between the couple. The Toronto Sun reported Herjavec started an affair with American actress Danielle Vasinova in 2013. The relationship was over in 2015.

Diane Plese’s current relationship status is unknown as she has remained relatively low key following her divorce. On the other side, her ex, Herjavec is currently married to professional ballroom dancer Kym Johnson with whom he tied the knot in 2016.

Alisa Mote-Facts About Kye Kelley’s Ex-Wife: Who Is Mote Dating?